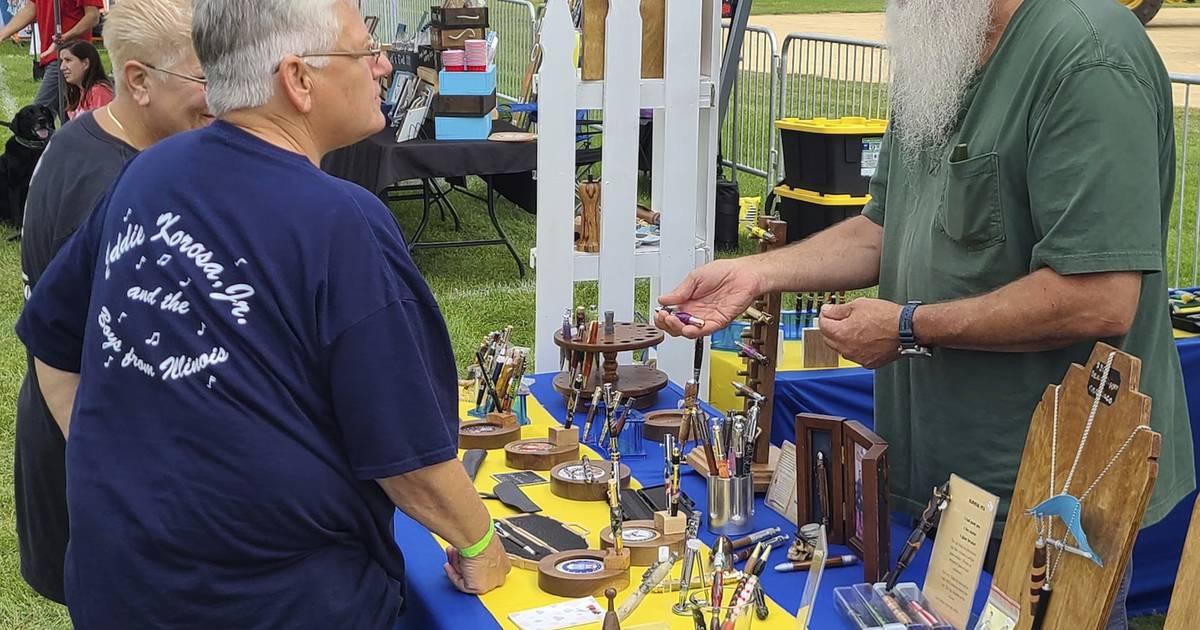 Labor Day weekend was marked by many celebrations in the Aurora area, including the four-day Yorkville Hometown Days festival.

Each of the days included a used book sale at the local library as well as the popular Ultimate Air Dogs contest, a Junior Woman’s Club craft show, carnival rides, music, food and more.

Yorkville Department of Parks and Recreation organizers said the event, held at Beecher Community Park, 908 Game Farm Road in Yorkville, experienced “a post-COVID surge — something other people who participated in other festivals said throughout the summer. ”

“We have been blessed. We were so lucky with the weather we had this weekend and the temperatures were pretty good and the crowds came out every day,” said Shay Remus, superintendent of recreation for the Yorkville Department of Parks and Recreation. Sunday morning. . “Crowds have been consistent or even better than what we’ve had in previous years.”

Remus said Saturday’s crowd was particularly strong, noting that the festival “changed some things” and that the event was able to avoid “the usual curse of bad weather”.

“It was one of our first Saturdays where we had great weather and the crowds really came out,” she said. “We had 90s trivia and an adult date night and had one of the biggest crowds we’ve seen in years.”

Sunday’s finale was also packed long before noon as visitors strolled through the car show being held just west of Beecher Park while others made their way through the craft fair or were heading to the Ultimate Air Dogs contest where owners were talking about their flying pets.

Barb Clish from Elmhurst brought a rescue dog from Brookfield Zoo, a black Labrador named Kirby who, according to Clish, “loves to compete and has done so for about five years”.

“Being a lab, she didn’t need any training,” she said. “She’s natural.”

“We’ve been doing this for eight years and so far the best jump we’ve had this year in competition is 23 feet,” she said. “Our personal best with a dog is 26 feet. We are usually in about 12 competitions year round throughout the summer. For dogs, it’s like mealtime. They know right off the bat when we’re driving down the road – they know what’s coming. They are so excited.

Kristen Graf from Yorkville came with her husband Adam and said it was their first time at the festival and they were looking forward to seeing the dogs jumping along with other attractions.

“We moved here almost two years ago, so this is our first time,” said Kristen Graf. “We wanted to watch the cars and check the dog’s jump. And we will always have food. Fair trade food is always the best, and then we’ll take a walk through the craft fair. I’m a sucker for them. Now is the perfect time for one of these things. Everyone is always busy throughout the summer and it’s a great way to end the season.

“I’m a car enthusiast,” added Adam Graf. “Especially the Ford Mustang. I’m sad to say there’s only one I’ve seen. I had one, but family came first. I am also very interested in the craft fair.

“It’s the first time I’ve seen them (in American English) but I’ve heard of them and they’re really good,” Luvic said as he sat just inside a nearby tent. sunday. “I was there yesterday. It was busy and it was hot. For me, it’s about community – people coming together and sharing an experience. And it wouldn’t be the same without the music.

David Sharos is a freelance journalist for The Beacon-News.

Why You Can’t Order a Ford Mustang