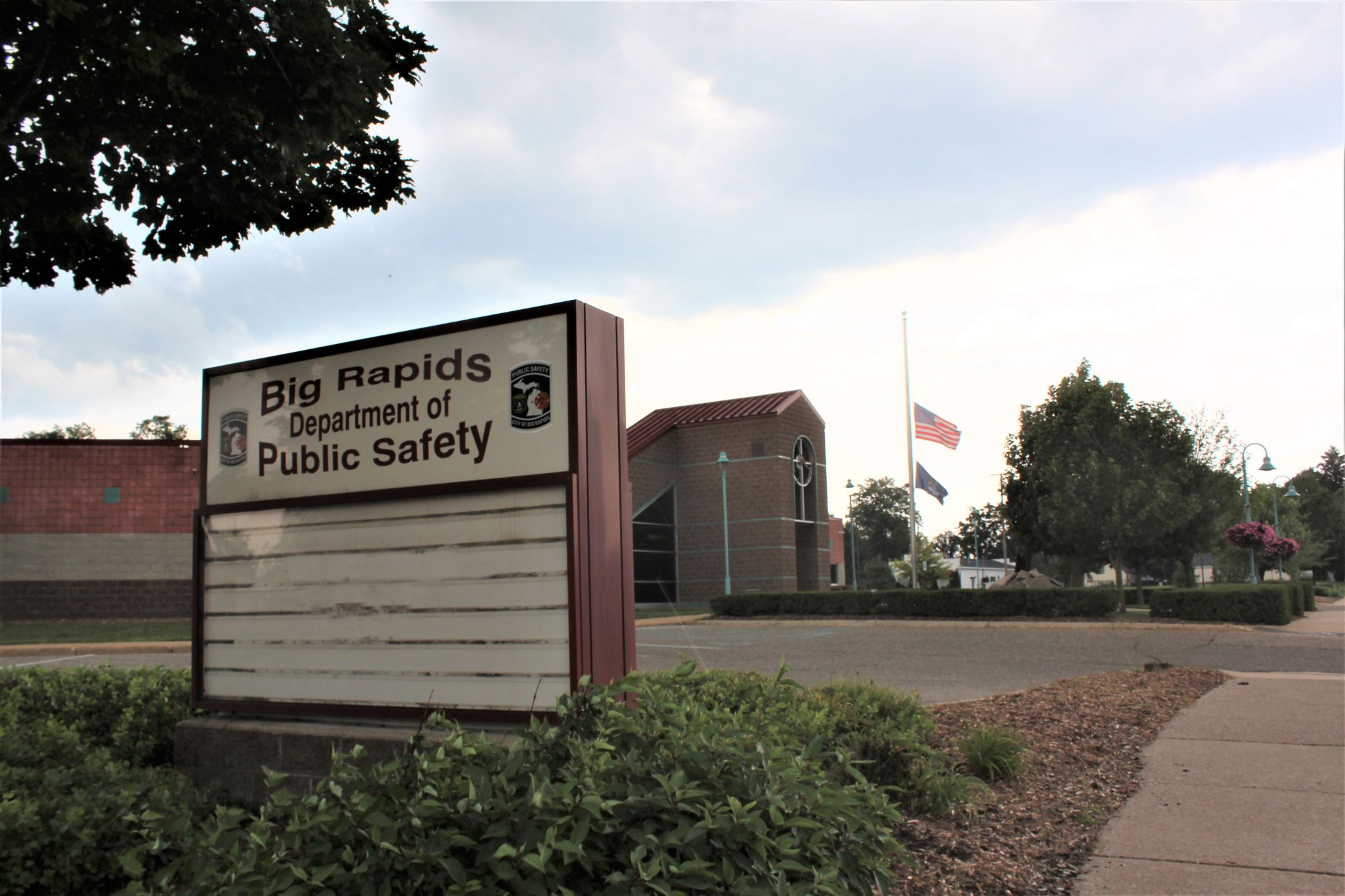 BIG RAPIDS — Big Rapids Department of Public Safety officers responded to the following calls. Not all calls may be signaled.

A default has been reported in the 600 block of Maple Street. This incident happened the night before. The owner has been identified and contacted. He will contact to pay the fuel.

One property damage accident was reported at State and Spring.

BRDPS assisted the Mecosta County Sheriff’s Office in executing a search warrant in the 500 block division.

A default has been reported in the 600 block of Maple Street. Subject attempted to use a credit card and pumped fuel. The machine did not take the card. The driver was contacted and said he would pay over the phone.

A probation violation was reported in Catherine’s 1100 block. A call was received stating that the man was intoxicated, violating his probation. Contact was established with the male. He spat twice into the portable breathalyzer straw. He was arrested and housed at the MCSO. He also refused the prison’s portable breath test.

A traffic stop at State and South resulted in the driver being cited without insurance. The vehicle was confiscated from Curries.

A property damage accident has been reported to Ferris and Perry.

Officers were called to the 400 block of South Third Avenue because the resident kept changing clothes in front of other residents. The officer stood there as he was asked to leave.

A civil case has been reported in the 1000 block of South State Street. There was a dispute over a prescription between the client and the pharmacist. As a result, a woman escaped from the store after threatening to come back and slap the pharmacist.

A serious assault has been reported in the 1100 block of Fuller. After an ex-husband withdrew money from his joint account with his ex-wife, her new boyfriend came over and punched him in the face. The ex-husband went to the emergency room for jaw pain and found his jaw was broken. The case is under investigation.

A suspicious situation has been reported in the 700 block of Maple. While in the area, officers heard an audible alarm which was not triggered. The dispatcher contacted the alarm company and advised that a keyholder would turn it off. The building was secure.

A warrant for his arrest has been executed in the 400 block of South Third. A health check was carried out on a man who had superficial cuts to his left hand after digging the blade of his knife into his skin. He was placed on felony probation outside of Jackson County.

A report of domestic violence has been made in the 400 block of southern Michigan. A woman has been arrested after punching her boyfriend in the face.

One personal injury accident has been reported to the Division and the State. A subject was transported to Spectrum Health Big Rapids Hospital with minor injuries following a two-vehicle accident.

Officers responded to an unfounded alarm in the 800 block of North State Street.

A false alarm was reported in the 300 block of South Fourth. A door was found open, but no one was inside. The building has been re-secured.

A civil case has been reported in the 100 block of southern Michigan. A bouncer thought a woman had a fake Oregon ID and broke it. The ID turned out to be real and the issue was resolved with no law enforcement action between the facility and the woman.

Officers responded to the 800 block water tower where they found a woman hallucinating. They referred the woman to Central Michigan Health for help.

BRPD officers took a fraud report. The complainant stated that he was defrauded of $1,800. The case is under investigation.

A suspicious situation has been reported in the 300 block of North Warren. A woman said a man was watching her in the park.

The traffic stop in Warren and Elm led to the arrest of a woman for possession of methamphetamine. Methamphetamine was also found in the vehicle.