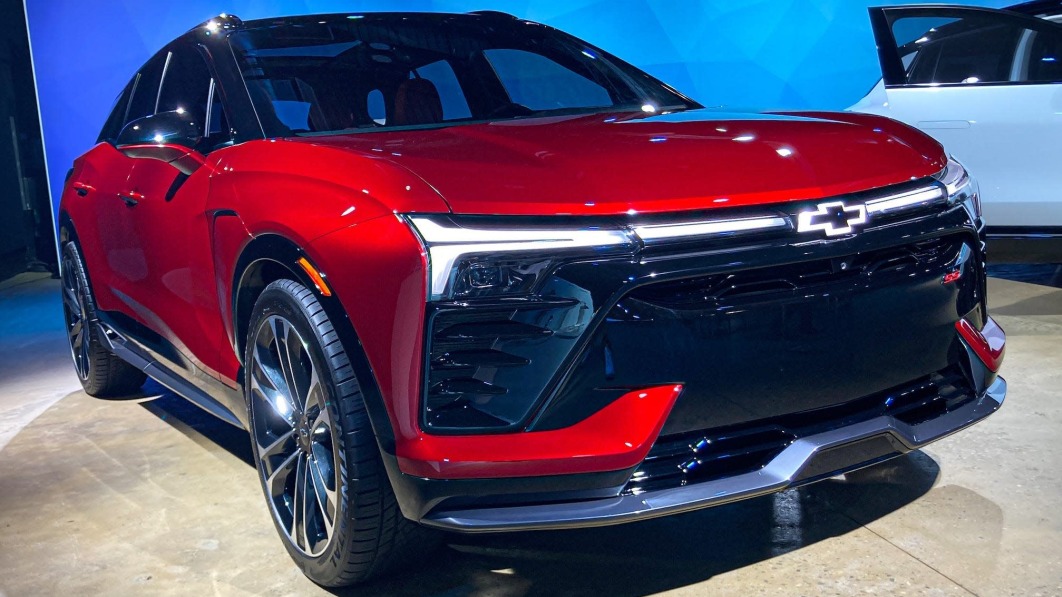 Chevrolet has been in the EV game for a while now with the Bolt EV, a practical but not particularly sexy or exciting little sedan.

The midsize SUV should give Americans exactly what they crave. And buyers looking to brighten up their rides will love the inclusion of a performance model called the Blazer EV SS.

I recently got a closer look at the sporty SUV and I’m here to show you its exterior, interior, and cool features.

It promises to produce 557 horsepower and 648 pound-feet of torque, according to GM. It will sprint from a standstill to 60 mph in less than four seconds.

To handle all that power, the SS gets special brakes and a unique suspension setup.

Some of the Blazer EV SS’s biggest competitors will be the Ford Mustang Mach-E and the Tesla Model Y. Both SUVs offer sporty variants called GT and Performance, respectively.

In person, the Blazer EV SS looks extremely long and low. It’s almost more of a sporty station wagon than a large SUV.

The $66,000 SS gets a full-width LED lightbar up front, including an illuminated Chevy badge.

The SS gets a blacked-out front end and a black roof, unlike the body-colored roof that is fitted to other models.

It also comes with the biggest wheels of the bunch, measuring 22 inches.

Inside, the Blazer EV SS is spacious and packed with technology.

Next to it, a large 17.7-inch touchscreen faces the driver. It is standard on all Blazer EV models.

It’s well complemented by a range of physical switches for key functions, including an in-screen volume button.

The SS gets an exclusive red interior as an option, which might be a little overkill for some people’s tastes.

Rear passengers get substantial legroom and headroom, plus USB-C ports and climate vents.

There’s no front trunk in the Blazer EV SS like you’d find in rival vehicles from Tesla and Ford.

The Chevy Blazer EV goes on sale next summer, followed by the SS model later this year.