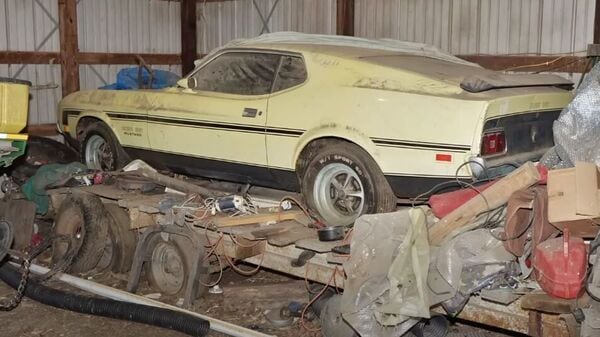 What good is a capable and rare Mustang if it doesn’t see the light of day? And not seeing the light of day in 46 years can be pretty blasphemous in automotive parlance, as is the case with a rare 1971 Mustang Boss 351 that was recently discovered in a barn, still parked for more than four decades. after a modification project has been abandoned. half-way.

A video was posted on Youtube by a channel called Auto Archeology that highlighted how the Yellow Boss 351 Mustang was found in a barn. The video explains that the vehicle’s first owner purchased it in red but his particular model came in yellow. The owner was color blind and the color change was only done when his wife told him to. But whatever the color of the body, the owner would have tried a modification to increase the mileage of the vehicle but we learn that he abandoned the project shortly after. He then parked the car in a barn in 1976, never to take it out again.

The same video further stated that this particular Mustang model had traveled approximately 74,311 km but was in fairly good overall condition despite being locked in a barn for decades. It could now give way to a new owner who could restore it to working order.