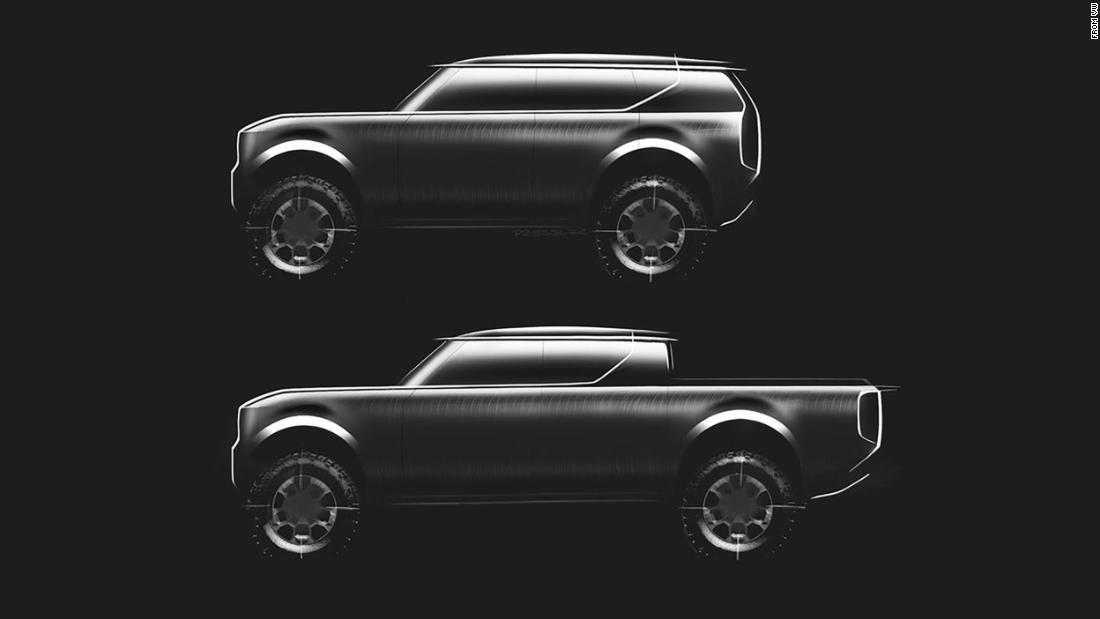 Scout will become its own distinct brand offering off-road oriented electric trucks and SUVs in North America. A Scout SUV and pickup truck are expected to go on sale around 2026.

The first prototypes are expected to be unveiled next year, the company added.

The Scout brand “will be a separate unit and brand within the Volkswagen Group that will be managed independently,” Volkswagen chief financial officer Arno Antlitz added in the statement.

The square Scout SUV was originally the product of International Harvester, a brand best known for farm equipment and commercial trucks. The Scout, produced from 1961 to 1980, was the truckmaker’s foray into the passenger vehicle market. The term “sport utility vehicle” didn’t exist at the time, but the Scout helped define what would become the SUV market segment. It was also available as a van at that time.

It was originally seen as a competitor to the Jeep CJ, the predecessor to today’s Jeep. Cowboy. In 1965, Ford released the Bronco, its own competitor in this new vehicle segment. The Wrangler is now the base model of the Jeep brand, considered one of the most valuable passenger vehicle brands in the world. Ford recently reintroduced the Bronco brand on two new SUVs that have become major sellers. In a recent month, Ford sold almost as many small Bronco Sport as popular Escape crossover SUVs.

Classic SUVs, like old Broncos, Jeeps and Scouts, have become popular with car collectors in recent years, keeping their names and images in the public consciousness.

International Harvester reorganized its truck business as Navistar in 1986. In 2021, Traton Group, a commercial vehicle subsidiary of the Volkswagen Group, purchased Navistar and with it secured the rights to the defunct Scout brand.

Volkswagen has been aggressively turning to electric vehicles since its embarrassing diesel emissions fraud scandal from 2015. The company has rolled out electric models from Audi, Porsche and Volkswagen, among others. Growing demand for electric vehicles has caused VW to run out of electric vehicles to sell in key markets.
Volkswagen and other automakers are leveraging beloved brands once associated with gas-powered cars and trucks to attract new customers to electric vehicles. Ford’s first electric-only model, an SUV, bears the name and badge of the Mustang pony. General Motors recently brought back the Hummer name on a new GMC Hummer EV electric truck. Volkswagen itself is reintroducing the beloved VW microbus as the electric ID.Buzz.