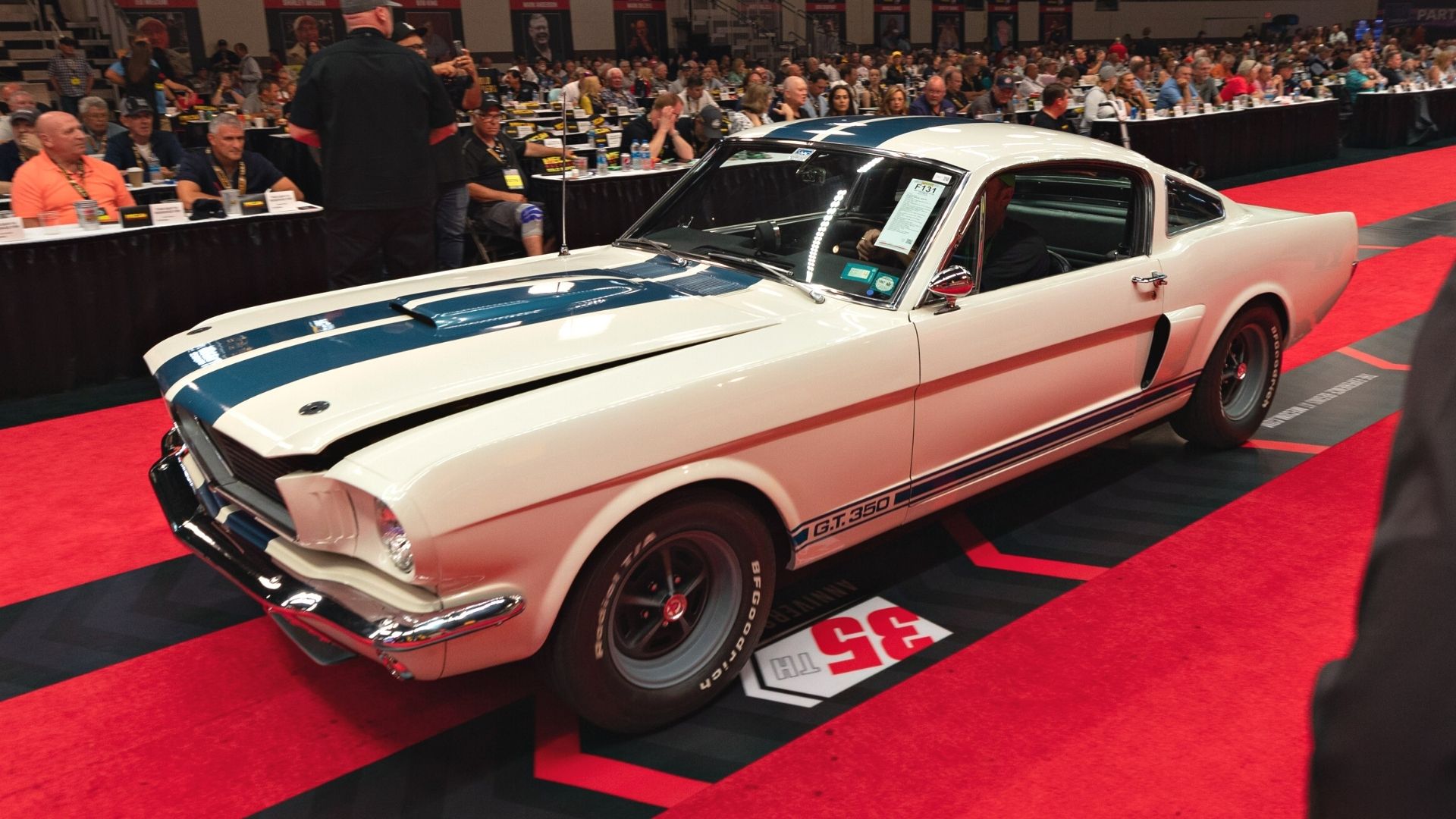 Yesterday, retired GE engineer and Oregon resident John Zeggert said goodbye to his 1966 Shelby GT350 after 56 years together. He had taken exemplary care of his Shelby since it was brand new, storing it on blocks while on overseas assignments and driving it sparingly for 50 years. When it sold at Mecum Auctions’ Indianapolis event yesterday, it had much of its original equipment and had racked up only 29,000 miles over more than five decades. To put that number into perspective, that’s only about 43 miles per month or 516 miles for each year.

“As the auction started, reality kicked in and I realized it wasn’t going to be mine anymore,” Zeggert told me. “That’s when I started to cry a little bit.”

I tear myself apart just thinking about it.

The buyer (who wants to keep his personal details private) told me over email that the Shelby GT350 Fastback was worth every penny to him.

“To put it simply, this is my dream car,” he said. “But the fact that I got to spend a day with John, the man who took such good care of the car, helped me decide to go the distance to get it.”

When I asked him what he planned to do with the car (like putting it in a museum, storing it, or driving it), the buyer replied, “I plan to drive it. I believe cars are meant to tell a story and sitting in a garage makes for a very boring story.

He says he’s always loved Mustangs; his first car was a 73-foot Mach 1. But he still remembers checking out the Shelby section of my Mustang books in hopes of owning one later, and he never thought he’d be able to get one.

Now that the sale is complete, Zeggert said he looks forward to spending time with the new owner to visit his old Shelby occasionally, and he and his wife plan to do some renovations.

“Hopefully he can enjoy it as much as I do,” Zeggert said. “This car changed my life.”

Do you have any advice? Send it to [email protected]

These are the best features of the Skoda Octavia RS 2021