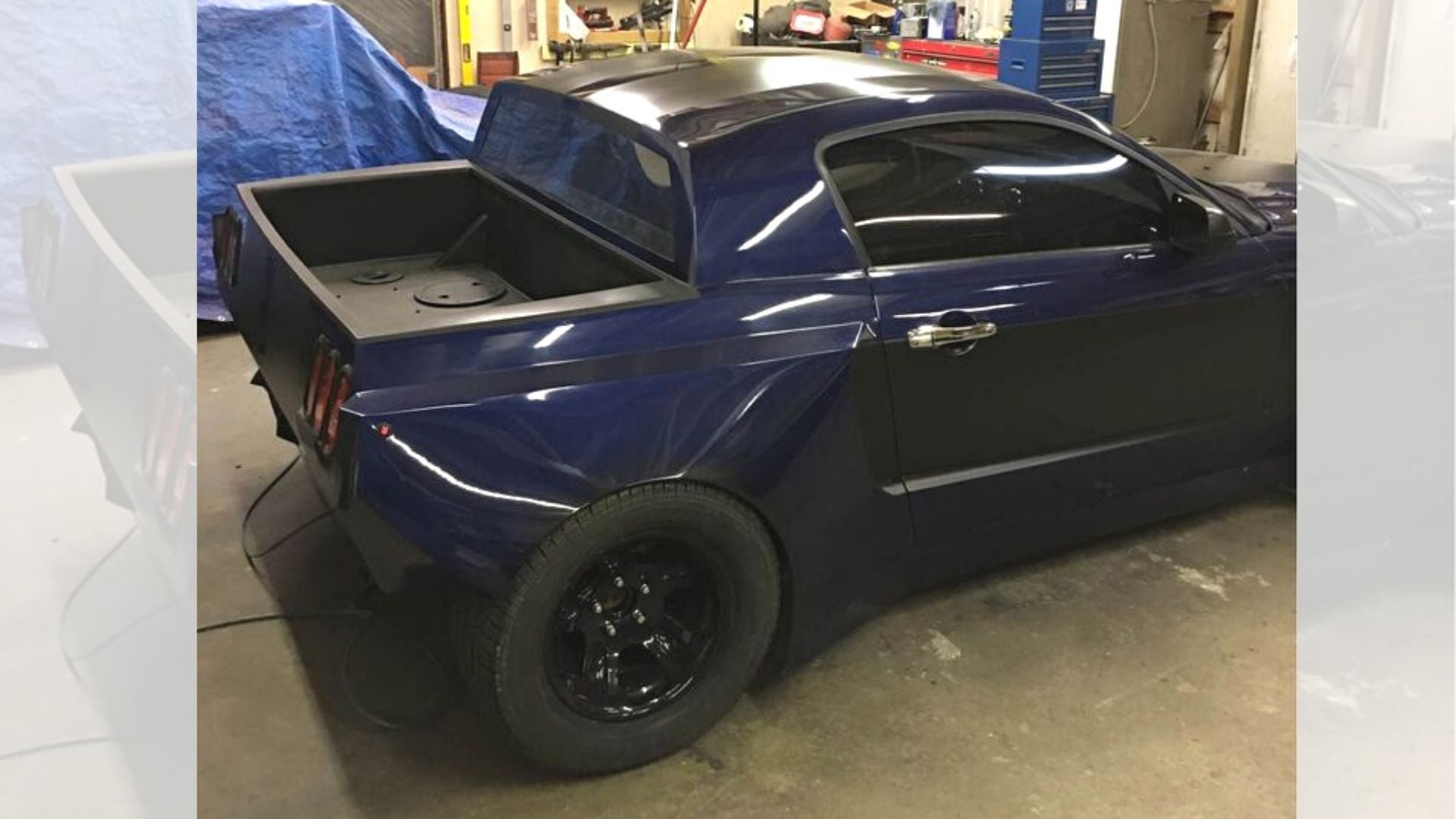 Your eyes do not deceive you; yes, it’s a 2005 Ford Mustang with a pickup bed in the back. Fitted with a 4.0-litre V6 under the hood and a custom rear conversion, this is one vehicle that won’t end up at a party with another car in the same outfit. If that’s something you fancy, the Rochester, Wash.-based builder has it for sale.

Unlike the 1966 Ford Mustero, which was a weird, short-lived, small-batch mashup, this combination of form and function is a unique custom. In case you didn’t know, the Mustero was part Mustang and part Ranchero (the original Ford utility coupe) built by the late Beverly Hills Ford. Only 50 were built. Ten of them have been sold here in the United States and, it seems, there are only four left.

Marty, the creative mind behind this build, is a semi-retired cabinetmaker with a metal fabrication facility supporting half of his cabinetry shop. A young neighbor of his had acquired the 2005 Mustang with a broken rear end with plans to fix it, but he grew tired of the project before it started and sold it to Marty.

While the pony car marinated in the weeds of its pasture for about a year, Marty built two street rods from scratch. The one who still occupied his garage won the Best of Show award at a car show in Tenino, a few towns away. In the meantime, the Washingtonian has decided to turn the Mustang into a truck with a (very) short bed. The back-end was a mess anyway, so he had to come up with something new.

After eleven months, Marty (who is a private person and asked that we only use his first name for this story) finally finished building his one-of-a-kind Mustang in November of last year. All that was left was the paint job, and he chose a Lumabase Shadow Blue for the body, then laid on the wide silver stripes.

The ad for this 2005 ‘Stang mashup says it has a new stereo, speakers, amplifier, subwoofer, tires, windshield, and new gauges. Marty asks for $10,000 or best offer, cash only. And if he doesn’t capture any buyers who will want to pay that, he’ll add a custom wing and keep it around for a while.

Got a tip on a wild build? Send it to me: [email protected]

The $53,000 Kia EV6 is a sporty and striking electric SUV whose biggest flaw is that people won’t leave you alone