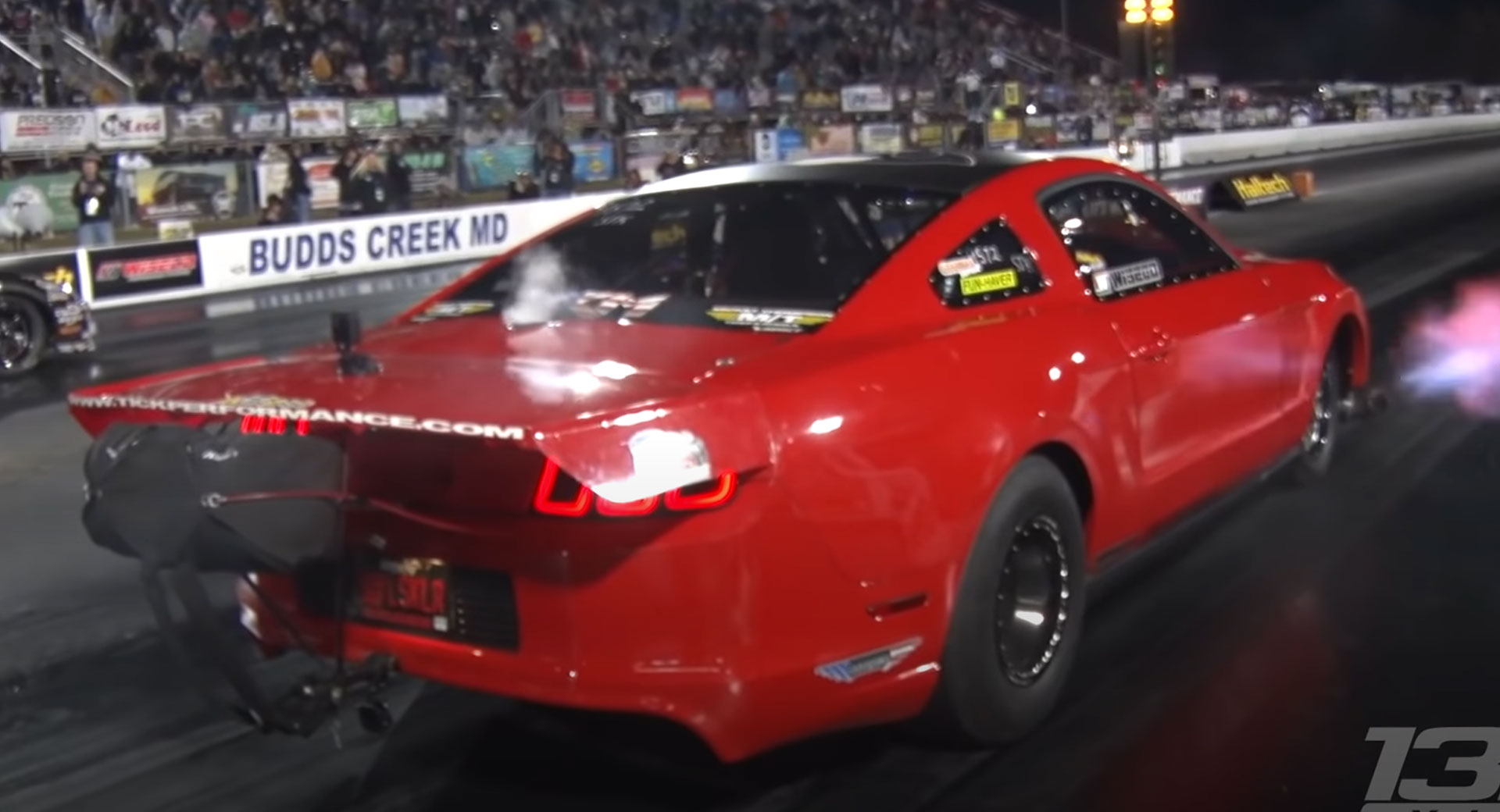 The world’s most formidable drag racers feature automatic transmissions that get power to the ground quickly and efficiently. However, there is a category of drag racing machines that compete for the title of the fastest car in the world with an H-shaped shifter.

That crown is held by a heavily modified Ford Mustang that recently hit the quarter mile in 6.81 seconds in the recent World Drag Cup final in the United States. Before setting a new record, the title was held by a Toyota Supra.

Obviously, this is no ordinary Ford Mustang. For example, the first generation Coyote V8 has been completely upgraded with forged internals and worn and polished sport heads. A pair of massive turbochargers were also fitted and while we don’t know how much horsepower the car is pumping, it obviously sits deep in the four-figure range.

As for the transmission, this is no ordinary shifter. In fact, this is a four-speed unit from Tick Performance with a slip clutch and designed for clutchless gear changes.

In the car’s very first race over the weekend, it faced the record-holding Supra and completed the quarter-mile in 6.81 seconds. After this race the owner discovered that there was a slow leak in one of the tires and with that fixed he was confident he could go even faster. However, the best he could deliver was another 6.81 second run.