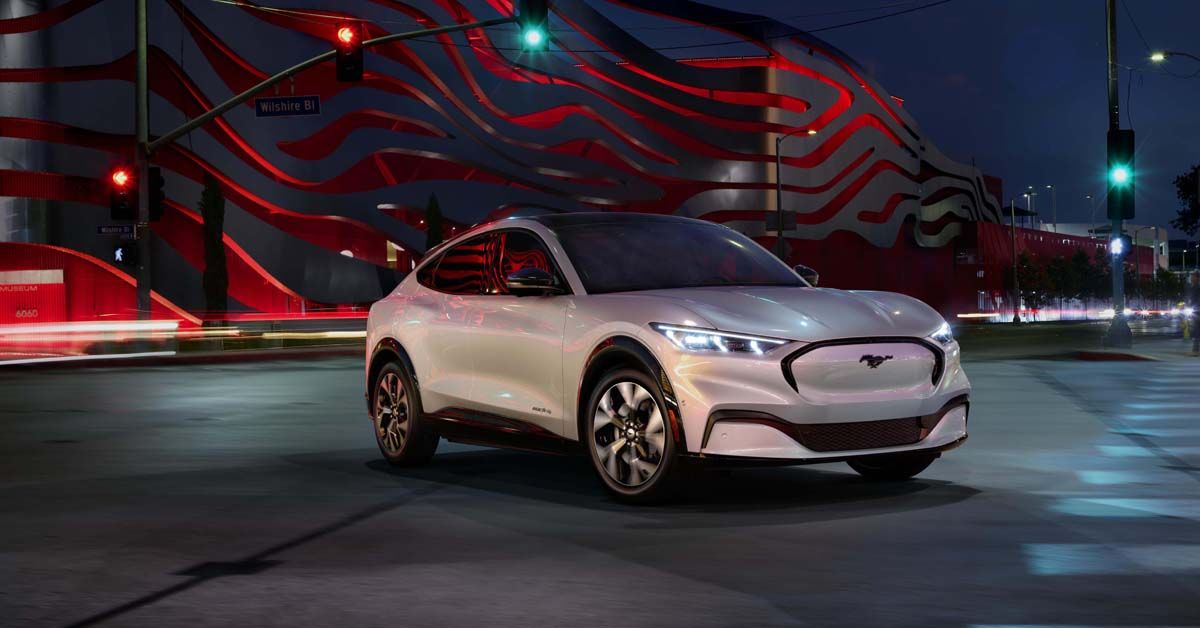 In recent years, electric cars have gone from futuristic concepts to a reality that is now invading our roads. Car buyers have finally understood the many advantages of electric cars: they are environmentally friendly, quiet, inexpensive to maintain, and in some cases extremely fast.

RELATED: Things to Consider Before Buying Your First Electric Vehicle

As the popularity of electric cars continues to grow, we are seeing more and more new and existing manufacturers creating options to take advantage of demand. As a result, prices for electric vehicles are falling rapidly, and if the trend continues, their prices will soon be equal to or even lower than similar gasoline vehicles. Let’s explore ten of the cheapest electric vehicles you can buy in the United States today.

Aside from building some of the best luxury sedans, BMW is also known for its forward thinking nature. As such, it’s no surprise that the German marque was one of the first mainstream automakers to join the electric vehicle industry when it launched its first mass-produced electric car in 2013 – the i3. .

The i3 was an instant hit, largely because it was BMW’s first electric vehicle and also because it offered precise steering, excellent handling and a composed ride. A range of 150 miles may be less, given that the i3 costs $ 44,450, but DC fast charging should make up for it.

The Mach-E is one of the most controversial cars Ford has ever built. Some people don’t like it because it’s an electric car which they don’t think deserves the Mustang name because it doesn’t have a loud V8 under the hood. However, we think it’s pretty cool, especially because it’s cheaper than any new Tesla you can buy.

The standard Mach-E comes with a 68 kWh battery powering a 266 hp electric motor. Like most Fords, the Mach-E has quick acceleration, fantastic handling and a luxurious interior.

The Volkswagen ID range is currently generating a lot of enthusiasm in the electric vehicle industry. Volkswagen has always made fantastic cars for the masses, and everyone has been looking forward to the day the company enters the EV space. The ID.3 was a fantastic electric vehicle, but the ID.4 that replaced it is even better.

The ID.4 offers full performance and plenty of space, making it a great choice for people looking for a convenient and affordable EV. It has an 82 kWh battery with up to 250 miles of range and an electric motor sending 201 hp to the rear wheels.

Kia was one of the first manufacturers to sell an electric crossover SUV, and they made it a winner. The Niro EV is much more expensive than the petrol and hybrid Niro versions, but it’s worth every penny because it’s one of the best electric SUVs on sale today.

RELATED: The Best and Worst Kia Models in 2021

The Niro EV has ample space for passengers and cargo, strong safety ratings and an excellent warranty. Its 239 mile range might not be as impressive as some of its competition, but it makes up for it by having an SAE combo charger that can get it to 80% in under an hour.

GM has huge plans for the electric vehicle industry and looking at the Bolt EV, it’s clear why every manufacturer should be scared. The Bolt EV is GM’s first long-range electric car, delivering up to 250 miles of range on a single charge.

The Bolt EV doesn’t have a premium interior like you find in most electric cars, but it does have roomy seats, quick acceleration, and well-balanced handling. It’s also worth noting that the Bolt EV is one of the easiest electric vehicles to buy and maintain, as it’s available at all Chevrolet dealerships across the country.

The gasoline-powered Hyundai Kona was a huge hit when it launched in 2018. As such, the Korean automaker decided to introduce an all-electric version the following year – the Kona Electric.

The Kona Electric was an instant hit, praised for its sporty handling, excellent build quality, comfortable interior and fantastic safety ratings. The Kona Electric base comes with a 39.2 kWh battery offering a range of 258 miles, which is more than enough considering it only costs $ 34,000.

Mazda was a few years behind in the electric vehicle party, but when it finally joined in 2020, it did so with a fantastic car – the MX-30. The MX-30 is a compact electric crossover SUV that Mazda built to take on models like the Kia Niro EV and the Hyundai Kona Electric.

RELATED: 10 Electric Cars We Are Most Awaiting

The Ioniq Electric is a compact five-door liftback that Hyundai introduced in 2016. There’s a lot to love about the Ioniq Electric – it’s one of the prettiest electric vehicles, has a premium interior , plenty of cargo and passenger space, and a user-friendliness to the price.

However, the list of negatives is quite long with this one. For one thing, it’s powered by a 38.3 kWh lithium-ion polymer battery with just 170 miles of range. It’s also slow, taking over 8 seconds to hit 60 mph.

The Mini has been around since the 1950s when the British Motor Corporation owned it. Although the ownership of the company has changed, it still makes some of the best hatchbacks. With the growing demand for cheap electric vehicles, Mini decided to build an electric version of its popular hot hatch, which gave birth to the Mini Cooper SE Signature.

The Electric Mini stays true to its roots, offering a beautiful interior with luxurious finishes, agile handling and a compact size ideal for city driving.

Nissan was the first company to mass-produce an electric vehicle when it launched the Leaf in 2010. The Leaf is now in its 11th year of production and still follows the formula that made it incredibly popular – a fine EV. designed and practical that most gearboxes can afford.

The BMW i-Interaction Ease Concept is an automotive cockpit created to show what the future of luxury looks like according to BMW.

Martin is a seasoned content creator who has written about cars for over a decade and has been in love with them for even longer. Growing up, Martin was surrounded by gearboxes that instilled a deep love and understanding for cars from an early age. He loves to learn and write about all the developments that are happening in the automotive industry, especially in the area of â€‹â€‹electric vehicles. When not writing about cars, he enjoys spending quality time with his wife, kids, and furry baby.

New Ford Ranger pickup unveiled, but can’t buy it yet