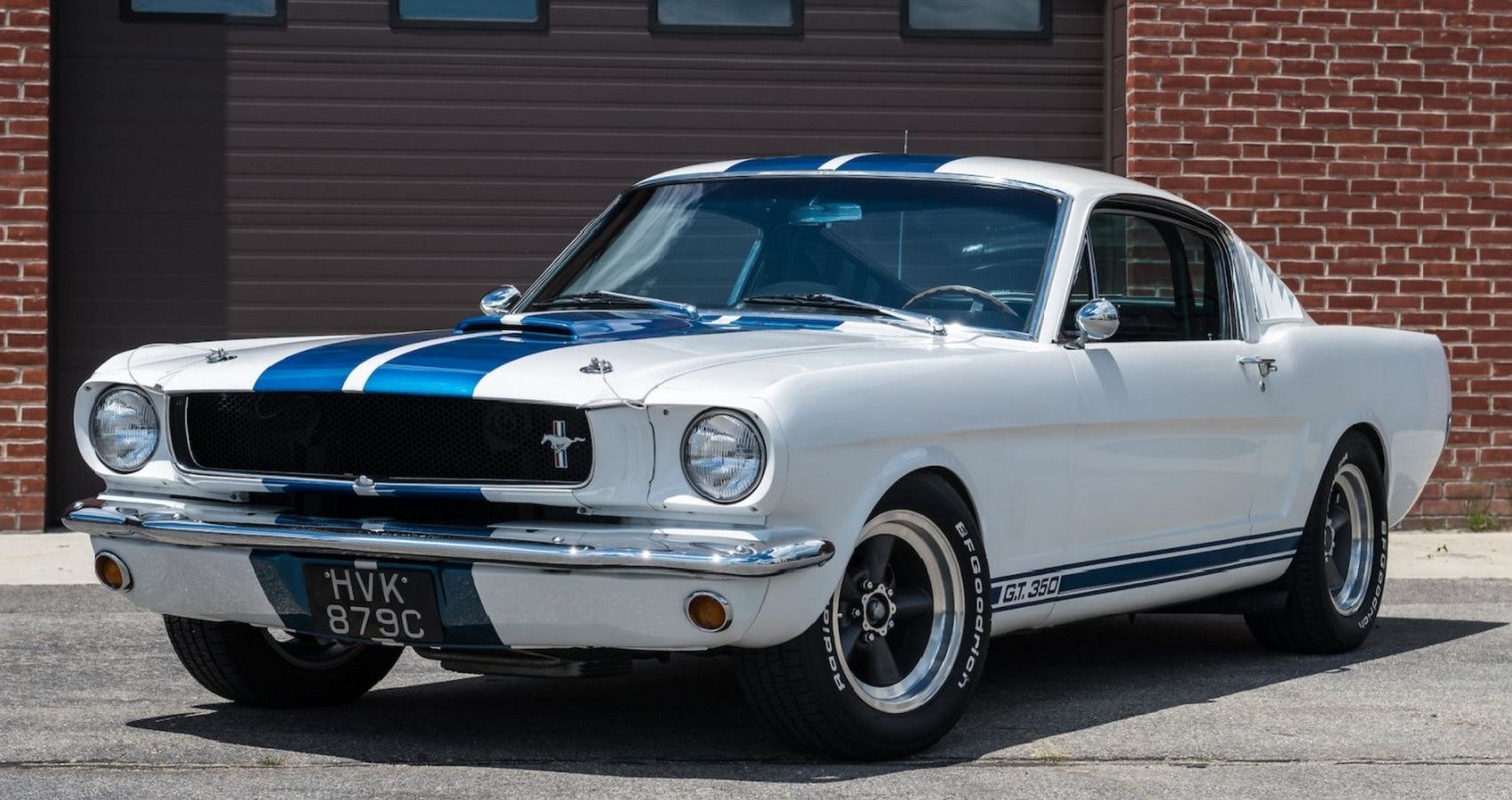 The 1960s were a time of major change in the automotive industry. The 1960s were the years when new market niches were created, and automakers worked overtime to come up with exciting new rides. As a result, the era saw the birth of the best muscle cars that have remained iconic today. In addition, personal luxury vehicles and other categories emerged in the 1960s.

Related: These Are Some Of The Coolest Cars Of The 1960s

Hundreds of car models were presented – some died, others came to life and made waves, shaking the industry to its heart. That said, here’s a trip down memory lane to the quintessential classic cars from the 1960s.

There is a lot to love about the Lamborghini Miura of the 1960s. First of all, it is considered the world’s first supercar. It featured a rear mid-engine and a two-seater layout. In addition, it was the fastest production car on the planet when it was launched in 1966. At its heart, the Miura was equipped with a specially designed 3.9-liter V12 that delivered a remarkable output of 350 horsepower. .

Soon the car grew into an iconic sports car owned by celebrities, from members of the Rat Pack to Rod Stewart. Although the automaker gave the Miura periodic updates, it remained in production until 1973 as a flagship Lamborghini model.

The Ford Mustang is among the most sought-after classic muscle cars of the 1960s. And while the original six-cylinder Mustang was not quick, the V8 option showed its ability. Later, better V8s mated to four-speed transmissions were created, making the lightweight Mustang a pleasure to drive.

In its first year, a total of 318,000 Mustangs were sold and over a million Mustangs were built in its first 18 months, making it history as the most popular car in America. The Mustang created a new market which gave birth to competitors like the Dodge Challenger, Chevy Camaro, Plymouth Barracuda and Pontiac Firebird.

While not as popular as the Mustang, the Chevy Camaro is still considered an incredible pony car of the 1960s and beyond. Chevrolet launched the Camaro soon after the Mustang arrived. It came up with the same recipe – less than 3,000 lbs, rear-wheel drive, and an incredibly stunning design.

Related: These Are The 10 Most Desirable Classic Muscle Cars Of The 60s & 70s

By the end of 1966, the era of pony cars was in full swing, so the Camaro offered big block power right from the start. It took a while – almost another decade, but eventually the Camaro’s sales numbers almost caught up with the Mustang’s. Today, the first-generation Camaro is one of the most sought-after cars of the 1960s.

It was pretty and featured the beautiful, wraparound curved window that has established itself as a serious contender in the muscle car market. Later in 1967, the second generation came out with more muscular components and a competent V8 engine, including the legendary 426 Hemi. Overall, the Barracuda remains popular among muscle car enthusiasts even to this day.

The Porsche 911 was the second car model produced by Ferdinand Porsche. Ferdinand foresaw a larger, more powerful vehicle to take over his first model – the 356, only to develop a winning horse that would outlive him.

The 1964 Porsche 911 is an automotive legend known for its beauty and excellent handling. It came with many options, including Targa roofs and gasoline radiators, although the Turbo did not come until the 1970s. The car is still in production, even today, and although it has experienced continuous development over the years, the basic concept has remained the same.

The second generation Corvette is considered the car that defined the 1960s. The 1963 Corvette was based on the magnificent Mako Shark concept car and featured independent rear suspension and the big block V8.

Known as a super-fast and rugged sports car, the Corvette started selling at affordable prices, but nowadays a big block C2 can sell for more than six figures. These cars pushed the boundaries of style and performance, and they continue to do so to this day.

When the Jaguar E-Type was first released, it was one of the fastest cars on the road, but cost a fraction of other exotic cars. What’s more interesting, Enzo Ferrari called the E-Type the most beautiful car he has ever seen. The incredibly gorgeous vehicle was based on a proper racing frame and its chassis was top notch.

The 250 GTO is one of the prettiest vehicles on the list. It is also one of the first creations of Enzo Ferrari. At its heart, the car sported a 3.0-liter V12 that delivered a decent 300 horsepower that helped it dominate race tracks around the world. Plus, when it cruised the streets of America, the 250 GTO cost about double the price of a Corvette, which isn’t bad for such a capable exotic car.

Today, the 250 GTO is the most expensive car in the world, selling for over $ 38 million in 2013 at an auction. One of them recently sold for $ 55 million, breaking its own record.

Considered to have the cleanest muscle car designs of the era, the 1968 Dodge Charger was easily one of the most popular muscle cars. Under the hood, the car came standard with a 440 Magnum engine, which delivered a remarkable 350 horsepower. Without forgetting the car from Steve McQueen’s film, Bullitt, where he starred in one of the most memorable car chase scenes of all time.

According to Dodge, this second-generation Charger was the most popular with the public, recording a total production of 96,100 units. To this day, the 1968 Dodge Charger still impresses enthusiasts and collectors.

Speaking of GTO, this car has pushed its competition to improve their game with meaner, leaner machines. While there were muscle cars before it, the GTO was seen as the car that led the pack.

Pontiac offered the GTO as an option between 1964 and 1965, then became its own model from 1966 to 1971. It was fitted with a 335 horsepower 389 cubic V8 engine which earned it legendary status. Fast, tough and nasty, the GTO was a huge hit during the muscle car wars and is still one of the classics most sought after by collectors today.

Ford has built some impressive vehicles over the years, but the 1960s are in many ways the brand’s golden years.

Sam is a professional internet researcher and writer. He is mainly interested and fascinated by cars and motorcycles. He has been writing on the same subject for a few years. Sam currently works for Valnet Inc’s Hot Cars as a full time contributor. He is also a professional graphic designer, digital marketer and sexual health consultant.