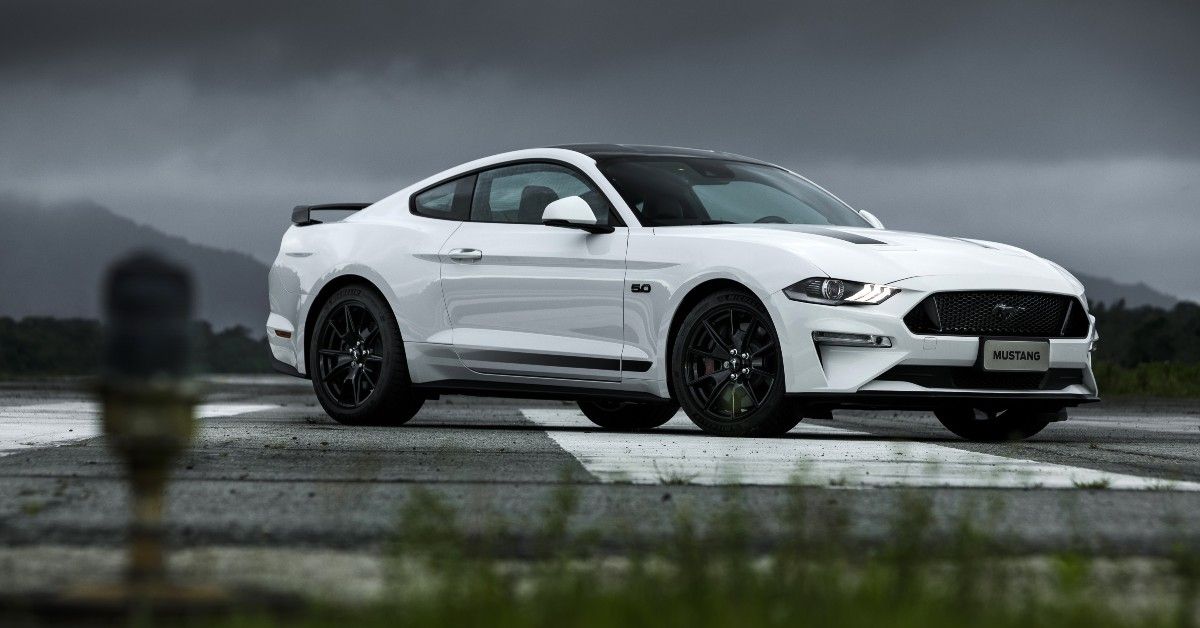 Sports cars are great. They look awesome. They can reach speeds that would make anyone’s heart explode. They are real head turners. Unfortunately, they tend to cost an arm and a leg not just to buy, but also to maintain. Not everyone can shell out $100,000 for a car and spend over $15,000 on annual maintenance. As a result, most gearheads with average finances will most likely settle for regular cars and give them the extra zing they desperately need.

RELATED: These Are The Most Expensive New Cars Ever

Modifying cars can get extremely expensive, depending on the car being customized and the level its owner is trying to achieve. However, some cars can become real beasts with just a few simple modifications. As if that weren’t enough, they tend to be affordable and so common that most people don’t pay attention to them. These cars are the most badass project cars to turn into a sleeper.

Audi’s cars started to become extremely popular in the early 1980s. Like BMW and Mercedes-Benz, Audi really focused on engineering sports cars that would conquer the global market. In order to establish its reputation as a serious car manufacturer, Audi entered its legendary Quattro Sport in the World Rally Championship. After many victories, the Quattro Sport became an icon and allowed Audi to move forward with the production of more sports cars.

RELATED: 5 Audi Sports Cars We’re Staying Away From (5 Worth Every Penny)

The A4 B6 should be among the most reliable cars Audi has ever made. The 18 year old car will still drive despite having been around for so long. The best part about the 2004 A4 B6 is the 3.0-liter V6 that puts out 217 horsepower and 221 lb-ft of torque. Power is sent to the wheels through a five-speed transmission. This affordable wonder can be tuned to 400hp with a simple JHM Stage 2 tune-up.

Gearheads tend to overlook Volvo cars because they have a reputation for being boring and overly safe commuters. While it’s true that Volvo has earned a reputation as one of the safest automakers around, the Swedish company has produced cars that look like grocery stores but would wow anyone. The whole world should thank Volvo engineer Nils Bohlin for inventing the seat belt, but they should also thank Volvo for coming up with the R versions of the S60.

The Volvo S60r already looks more aggressive than the 2.4-liter T5 S60. In fact, the S60r comes standard with a 2.5-liter turbocharged five-cylinder engine that develops 300 horsepower and 296 lb-ft of torque. Those numbers are already impressive, considering the S60r is seen as a grocery shopper. An RZ Design R32 turbo kit tuned to produce 18.8 psi of boost will increase the S60r’s power output by at least 200 hp.

In 2011, Saab kicked the bucket and stopped producing cars. As Saab originally specialized in aerospace and defence, the company logically returned to its core business. Although most gearheads won’t miss Saab cars, true European car fans know for a fact that Saab produced cars with tons of potential in its heyday.

The 2007 Saab 9-3 Aero is a beautiful sedan. It comes with awesome 18-inch wheels and dual exhaust tips. Under the hood is a 2.8-liter V6 that produces 250 horsepower and 258 lb-ft of torque. For $2,999, it’s possible to get a turbo kit from VTuner that will increase total horsepower to 450+hp. It will turn this sexy Swedish sedan into the perfect sleeper.

Whenever people think of the Mini Cooper, they imagine Mr. Bean clumsily driving around London with his teddy bear. Over time, Mini tried to shed the image of being the producer of microscopic and unattractive urban vehicles. Things really changed when BMW acquired Mini in the early 2000s. Today, Mini’s lineup includes some great project cars.

The 2012 Mini Cooper S is a cute urban vehicle that has attracted the vast majority of trendy fashionistas. Most gearheads looked away from the Cooper S, and those were their mistakes. The turbocharged 1.6-liter inline-four engine develops 181 hp and 177 lb-ft of torque. Since the 2012 Cooper S is turbocharged, it is possible to simply replace the turbo and tune the ECU to come up with 300hp.

When looking at the Japanese auto industry, it’s easy to see that big-block V8s aren’t the name of the game. Although there are Japanese V8-powered cars, Japanese manufacturers have shown that they were perfectly capable of getting over 400 hp out of a small engine. However, the gentlemen’s agreement which limited the power of all Japanese cars to 276 hp prevented this from happening.

The MazdaSpeed ​​3 may not be one of the most important cars in Mazda history, but it’s certainly a car worthy of every piston head’s attention. The turbocharged 2.3-liter inline-four develops 263 horsepower and 280 lb-ft of torque. It’s possible to get the MazdaSpeed ​​3 to produce 400bhp, but it takes a decent amount of work and money.

Volkswagen was originally created to become the people’s car brand. While it is true that Volkswagen cars are the cheapest German cars, they have become less accessible. Brands like Dacia or Škoda deserve the nickname “people’s car” more than Volkswagen. In fact, Volkswagen has become a producer of decent engined hatchbacks, hatchbacks and SUVs.

When the first 2016 Volkswagen Golf R first came out, golf fans thought from the start that this bad boy could be tuned to wipe out a mid-range sports car. Importantly, Volkswagen has tuned the 2.0-liter turbocharged inline-four engine to produce 292 horsepower and 280 lb-ft of torque. There are a plethora of videos on YouTube showing Golf Rs churning out over 500bhp with just bolt-on parts and a tune.

It is well known that Infiniti is the luxury division of Nissan, just as Lexus is the luxury division of Toyota. For the past two decades or so, Nissan has brought back the Z nameplate. Starting with the 350Z, Nissan hit the nail on the head. Building on its success, Nissan launched the 370Z a few years later. As the two Zs were so successful, cars like the Infiniti Q60 went unnoticed.

The 2017 Infiniti Q60 is a magnificent luxury coupe. As well as being aesthetically appealing and luxurious, the Q60 comes with the same 3.0-liter twin-turbo V6 that produces 300 hp and 295 lb-ft of torque found in the Skyline and Z-series. Based on what’s been done to Nissan’s two sports cars, it’s fair to assume the Q60 can easily make it into the 600+bhp club.

Pony cars have been at the forefront of the American sports car scene for decades. Although between 1975 and 2005 the pony cars were sadly disappointing, the servants were able to reverse the trend thanks to the technological advances made in recent years. In 2004, the Mustang GT was rated at 260 hp. In 2005, the horsepower of Ford’s most popular pony car increased to 300 hp.

There are several things gearheads need to know before buying a used Ford Mustang. However, if there’s one thing most Mustang GT owners know, it’s the fact that a new air intake, supercharger and complete exhaust system can turn the Mustang GT into a true stupid. It’s common to stumble upon a 550hp Mustang GT, as performance replacement parts are readily available. In fact, there are now too many pieces to choose from.

Over the past 20 years, Toyota has completely transformed its business model. The Japanese automaker has terminated cars that were not selling despite their popularity with car fans. Leaving only cars such as the Camry, Corolla and Prius, Toyota was able to hit the bottom line but lost the respect of the automotive community. In an effort to rekindle Toyota’s relationship with genuine piston crowns, the automaker released the 86.

RELATED: These are the coolest mods for your Subaru BRZ or Toyota 86

The Toyota 86 is an excellent compact sports car. However, its 2.0-liter flat-four engine has often been said to be very slow. With 200 hp and 151 lb-ft of torque, it’s true that the 86 doesn’t get very hot. Fortunately, basic modifications have been shown to boost the 86’s power to 350 hp without having to spend an insane amount of money.

The Chevrolet Camaro is a great vehicle. Some of the rarest and fastest Camaros are now worth hundreds of thousands of dollars, if not millions. Unfortunately, Chevy completely destroyed the Camaro when the fourth generation came out in 1993. The “catfish” Camaro was so horrible that Chevy took the nameplate off for eight years.

The Camaro SS comes with a 6.2-liter LT1 V8 developing 455 horsepower and 455 lb-ft of torque. For most people, that’s a lot of power. Not all European car fans will be able to fathom the fact that the Camaro SS starts at around $38,000. To most demented piston heads, the Camaro SS is just another Camaro in need of some serious horsepower. Transform the SS into ZL1? Say no more.

These sleeper cars are perfect for those looking for sports car performance without attracting attention.

Max Veron is passionate about anything with a powerful engine. Spending time between Southeast Asia, Europe and the United States, Max is a travel buff with a great taste for cars.