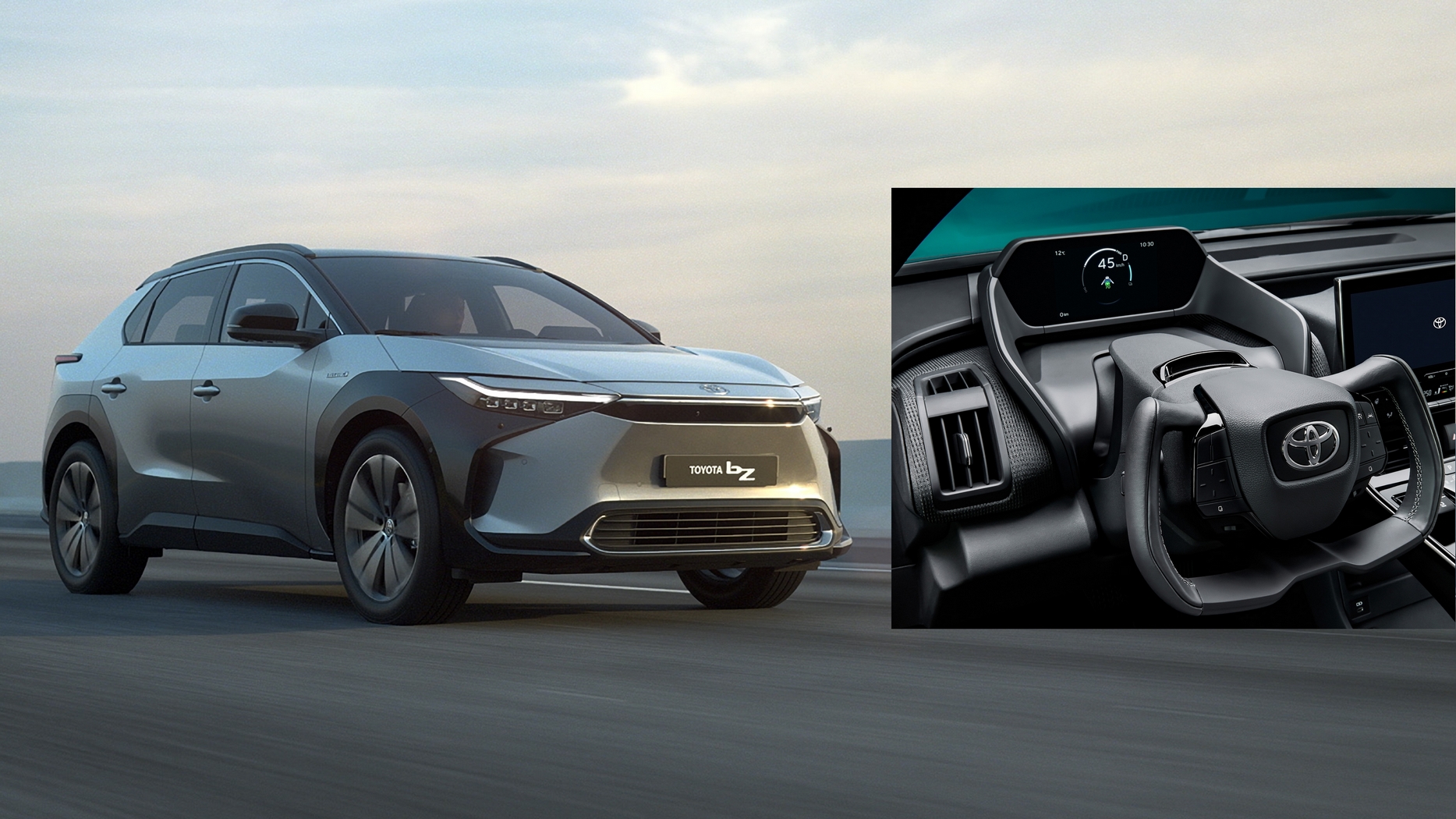 One Grip Control represents a mix of wire steering with something similar to Peugeot’s i-Cockpit. The yoke is low, which makes the dashboard more visible thanks to it: there is nothing between the driver and the gauges. Oddly, Toyota doesn’t call it a steering yoke: it prefers to call it a “uniquely shaped steering wheel.”

Tesla fans will argue that this is precisely what the company did with the Model S Plaid, but there is a big difference. The One Motion Grip has no mechanical connection between the steering yoke and the wheels, which is pretty scary. Some companies have offered to do this, but the bZ4X could be the first production vehicle to offer this.

Without a physical connection, the lockout is set â€œat around 150 degrees,â€ as Toyota puts it. This means that you don’t have to fold your arms when maneuvering the car. Tesla kept the same lock-to-lock relationship he had with a steering wheel with his steering yoke, which generated all the criticism around him.

Toyota presented images of an ordinary steering wheel, which must mean that the One Motion Grip will be optional. In its global car press release, the Japanese company said it will have this system in the Chinese market and others will receive it in models released after 2022. Considering that the bZ4X will go on sale in 2022, it’s confusing.

This probably means that future vehicles of the bZ (Beyond Zero) family will also feature the One Motion Grip system. Toyota said it plans to introduce seven bZ models by 2025. The regular steering wheel in some of the bZ4X images doesn’t have a clear explanation.

The car is built on a new platform that Toyota said it developed with Subaru: the e-TNGA. Oddly enough, the company said it was a joint development when it bears the same name as Toyota’s modular platform. The explanation may be that Subaru developed the AWD and X-Mode system.

Operating at 355 V, it does not offer the fast charging capabilities of systems operating at 800 V or higher. Toyota said it could recover 80% of the charge in 30 minutes, apparently from 0 (Toyota does not specify), in a 150 kW fast charger. It also says the car will be available with an 11kW three-phase on-board charger from Q4 2022. Depending on when the vehicle goes on sale, anyone interested in buying it should wait for that.

A welcome solution to the first Toyota ever designed to be a VE from the ground is the solar roof. The automaker hasn’t disclosed how much power it could generate, but said it would be able to add up to 1,800 km (1,119 mi) per year of range.

The video below on the bZ4X also shows that it won’t have any frunk. Toyota has chosen to put a lot of mechanical elements under the hood, which will cause some to be criticized as they did with Volkswagen’s identification vehicles. Ford gave the Mustang Mach-E and F-150 Lightning a boost, which Tesla has offered since the Model S.

With so much time to study what Tesla and other companies have done with electric cars, Toyota will always come up with worse solutions with the bZ4X. It may try to woo customers with the battery warranty and reputation for reliability, but maybe the company is exaggerating by playing it safe.