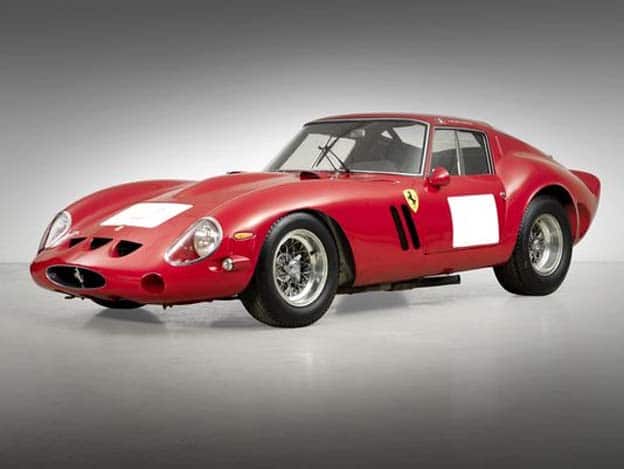 Ford Motor Co. executives were stunned. After enduring 22 days of intense negotiations, those talks came to an abrupt end when an enraged, spitting Enzo Ferrari rose from his chair and turned to his personal secretary, Franco Gozzi, saying, “Let’s go get something to eat. . And with that, Ford’s planned takeover of Ferrari is scuttled this week in 1963.

But the death of one dream would give birth to another. And if you’ve only seen the 2019 “Ford v Ferrari” movie, you might not know the real story.

It’s February 1963 and Ford’s European operations have been notified that an unnamed “internationally renowned Italian car factory” is up for sale. After investigating, Robert Layton, director of Ford Europe, discovers that the factory in question is the most famous in Italy: Ferrari.

The tip couldn’t come at a more fortuitous time.

Henry Ford II had always loved Europe, as had his future father Edsel. He was also fond of Cristina Vettore Austin, 36, an Italian divorcee living in Milan. The deal coincided with Henry’s efforts to finally establish Ford Motor Co. as the leading automaker in Western Europe, from England to Russia.

The birth of “Total Performance”

In America, Ford previously pledged to “Total Performance” in an effort to match General Motors programs that covertly supported its NASCAR efforts in violation of a public pledge not to support racing or advertise speed. or power. But the reality was different. Chevrolets and Pontiacs dominated the sport so much that GM’s market share grew to more than 61 percent, enough for Congress to question whether the company was breaking antitrust laws.

Henry had had enough, publicly backed out of the safety resolution and started the Total Performance program to meet GM head-on. Ford cars finished first, second, third, fourth and fifth in the 1963 Daytona 500, beating 14 GM cars.

The company began supplying engines to Texas racecar driver Carroll Shelby, who put Ford V-8s in a lightweight AC Ace chassis to create the Shelby Cobra, which was found to be faster than a Corvette. The Torino, a car that would become the Mustang, was under development.

And now the world’s biggest sports car company was up for sale, just as Henry’s affair with his Italian mistress was heating up.

Things had not been going well for Enzo Ferrari since the death of his son Dino from muscular dystrophy in 1957. A series of racing accidents had killed spectators as well as drivers, turning public opinion against him. A loss of talent proved troublesome. As Ferrari won races, he was branded an assassin. But racing costs money and Ferrari needed more.

By this point, the tip of Ford Europe had reached Lee Iacocca, who received approval from Henry Ford II to begin exploratory talks. Roy Lund, 38, who designed the DB2 at Aston Martin, led a delegation to Ferrari. In May, Don Frey, Iacocca’s second-in-command, joined the group.

The asking price, $18 million, wasn’t much considering Henry II’s net worth of $500 million. He could transfer the money personally.

But as negotiations continue, word leaks out. The Italian press that had once vilified Ferrari was now hitting on another. No longer reviled, Enzo Ferrari and the company he built were now a national treasure.

But the talks had reached their final stage, and by May 21, 1963, the finished contract was being considered by both parties. The final price was a paltry $10 million, which would consist of two companies: Ford-Ferrari, 90% owned by Ford and a street car manufacturer, and Ferrari-Ford, 90% owned by Ferrari and in charge of races. But the net result was that Ford, who would own Ferrari, would dominate Le Mans, European racing and the Western European car market.

A dramatic turn of events

But as the two sides consider the final contract, Enzo Ferrari remarks that Ford will not allow Ferrai complete freedom to run his racing team as he pleases, a scene recounted in AJ Baime’s book, ‘Go Like Hell’. .

As Baime recounts, Ferrari discovered that the contract stipulates that if he wants to spend more than expected on the race, he must seek permission from Ford in America.

“My rights, my integrity, my very being as a manufacturer, as an entrepreneur, cannot function under the enormous machine, the stuffy bureaucracy of the Ford Motor Company!” Ferrari screams, according to Baime, followed by a long rant.

It was 10 p.m. Ferrari turned to his secretary Franco Gozzi and said, “Let’s eat,” and he left.

A failure and a success

Frey and the team return to Ford’s world headquarters in Dearborn, Michigan, where Frey recounts what happened. Henry was not happy; the price had escaped him.

But that didn’t mean Ford couldn’t own Le Mans. Thus began the debut of the Ford GT40 and the company’s attempt to beat Ferrari at its own game in the 24 Hours of Le Mans, the most prestigious race in the world. And money was no object – a rarity at Ford.

The program would begin in 1964 and lead to two years the Fords did not finish. But in 1966, under the leadership of Carroll Shelby, the company would finish first, second and third at Le Mans, thus consolidating its reputation as “Total Performance”.

And he came out of a failure that happened this week, 59 years ago.