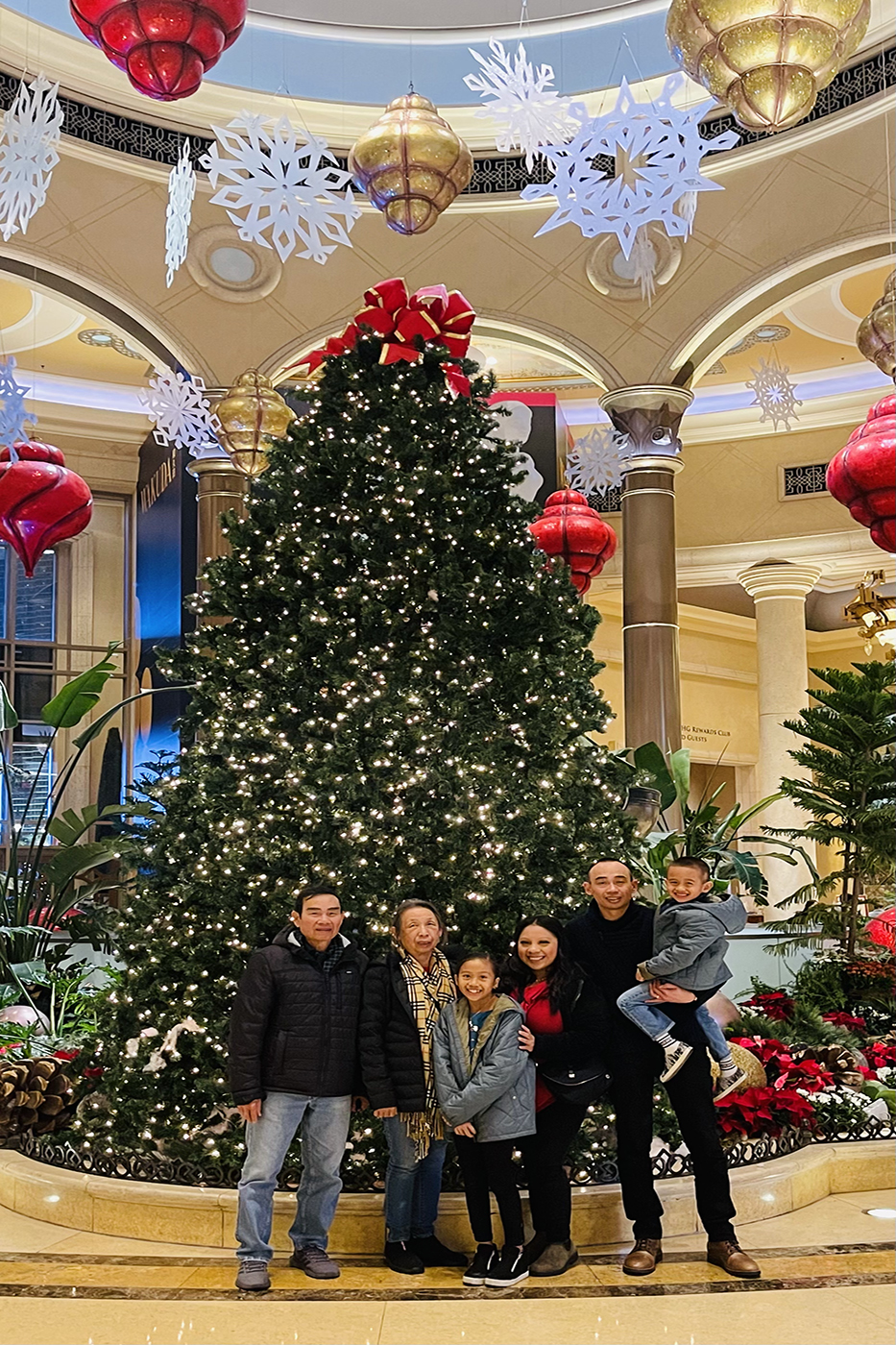 The past, present and future of the San Luis Oriental Market

Meng Gau and Sim Khoy opened the first Asian market in San Luis Obispo in 1992. They previously owned a local donut shop, but the idea of ​​opening a store specializing in Asian products came about after they didn’t couldn’t get access to the ingredients. they used to use.

“[My husband’s parents] had nowhere to shop,” said Fani Gau, owner of the eastern market in San Luis. “And that’s why the idea started.”

Fani owns the San Luis Oriental Market alongside her husband, Peter Gau. The married couple bought the business from Peter’s parents, Meng Gau and Khoy, in 2018. Prior to buying the store, Fani worked at Trader Joe’s as a crew member.

Meng is of Cambodian descent, while Khoy is Chinese. Their son Peter is Chinese-Cambodian and his wife Fani is Hispanic.

Since the transfer of ownership, the new owners have made some changes around the business. Fani said she and her husband put a “younger spin” on the market, but she thinks her in-laws had a general understanding of what’s commonly used in Asian cuisine.

“Of course, over the years my in-laws had so much experience of what each nationality tends to buy, like Filipino, Chinese, Japanese, Korean food,” Fani said.

For Fani, she spent time learning about the culture and researching what everyone buys on a regular basis, including trying different recipes, which helped broaden her palate of flavors.

“My husband and I like to go out and try on different items, and I feel like because we do that, we have select items that we bring into the store,” Fani said. “I mean probably about 90% of the items you see in our store, I think we personally [chosen].”

The new additions the couple introduced to the San Luis Oriental Market include fresh produce –– such as noodles and vegetables –– a variety of frozen items and trendy foods, such as snacks, candies and drinks . Market shelves are full of colorful products from companies such as Meiji, Nongshim and Glico.

“We want to keep our store very authentic and meet the needs of not only Asian culture, because I feel like today everyone is cooking,” Fani said.

According to Fani, her in-laws donated to the Cal Poly Chinese Student Associations (CSA) lion dance team for more than a decade. In return, the team performs in front of the market during the Lunar New Year. Fani and her husband plan to continue this tradition.

Unlike other businesses, the eastern San Luis market has not been as negatively impacted by COVID.

“We didn’t really change our stock at the start of COVID. I think it was because a lot of people were panic buying [from] bigger chains like Vons and Ralph’s,” Fani said. “I don’t think it was necessarily because people didn’t want to shop at our store, but our parents didn’t really advertise that much.”

Fani said the pandemic has actually helped her business a lot, as it has been able to reach more people as demand for basic items, like canned goods, increases. The couple also introduced curbside pickup to help ease customer concerns about COVID.

Longtime customer and friend of the couple Dale Beights has been shopping at the San Luis Oriental Market for about 24 years.

“I shop at all types of stores,” Beights said. “However, the Eastern Market in San Luis is my go-to specialty market.”

Heather Harris is another customer and friend who shopped frequently at the market and has done so for over eight years now. Her husband took her there for mochi while they were out together, and “it became a weekly visit for snacks and spices.”

“I shop there for many reasons, the main ones being the environment and the choices,” Harris said. “I cook a lot and they have so many spices, sauces, herbs and foods that you won’t find anywhere else.”

Currently, Fani and Peter are the only employees in the market. Previously, Peter’s parents helped out here and there until they officially retired.

However, they hope to change this in the future.

“We would like to continue to develop our products and try new items [and] continue to grow our social media presence,” said Peter. “Later, our ultimate goal is to move to a bigger location and hire employees.

According to Fani, most of their customers discover the store through word of mouth. She hopes to change that by learning more about how to promote the business on social media and collaborating with Cal Poly organizations in the future.

The owners also plan to rebrand their store at some point, including changing the store name and creating a logo.

The term “Oriental” used in the store name is outdated and used to be used in an offensive manner towards the Asian community.

“[‘Oriental’] generalizes all Asians as the same, so you lose your identity as an ethnic group in the eyes of the speaker,” said PJ Yebisu, a former Cal Poly civil engineering student.

Fani Gau first thought of changing the name of the business while her in-laws were still running the store. However, that was just an opinion that she didn’t express since it wasn’t her store yet.

“My husband and I thought about it from the start, but changing the name involves a lot of paperwork and money,” Fani said.

Fani said there will hopefully be a name change within the next year.

October 1 of this year marks the 30th anniversary of the San Luis Oriental Market, as well as Fani’s birthday.

“I want to throw a big party,” Fani said. “I think it’s a big problem. It will bring people together. »

Should you upgrade your EV audio? We evaluate popular systems