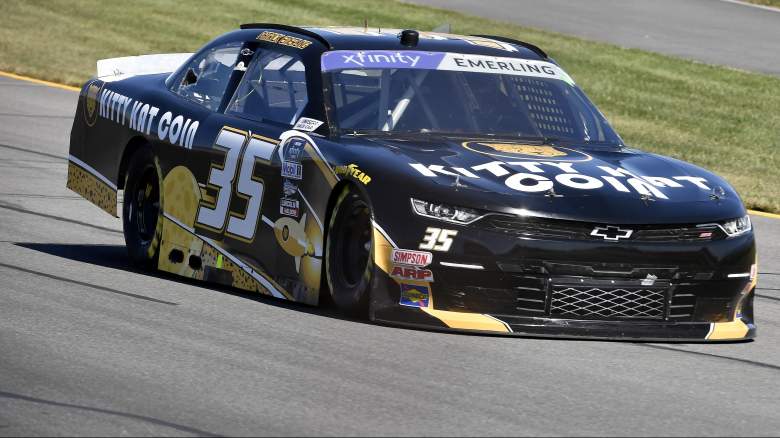 Emerling-Gase Motorsports will partner with McGruff the Crime Dog.

Emerling-Gase Motorsports is set to introduce a new program to promote smart consumerism. The Xfinity Series team will be teaming up with McGruff the Crime Dog on National Dog Day.

Joey Gase, co-owner of Emerling-Gase Motorsports, announced the news Aug. 24. He showcased the #35 Ford Mustang which will feature a blue, white and red scheme highlighting the National Crime Prevention Council. McGruff the Crime Dog will take up space all over the stock car while brandishing his magnifying glass.

🚨🚨🚨 We are thrilled to team up with @McGruffatNCPC and the Go For Real campaign that educates fans and consumers about the dangers of dupes that permeate multiple industries, including professional sports! pic.twitter.com/cCTkOQyUWm

“I’m extremely excited to be teaming up with McGruff the Crime Dog® this weekend at DAYTONA!” Gase said in a press release. “I remember McGruff coming to visit my class when I was in elementary school and how cool it was. I also know that my boys will be delighted to meet McGruff on the track on Friday!

Partnership sheds light on the harms of counterfeit products

GettyJoey Gase will launch a new program at Daytona.

The program will specifically promote the Go For Real campaign, which highlights the “harms of counterfeit products”. This campaign aims to educate consumers about these products that are infiltrating many industries. That includes about $12 million a year in counterfeit auto parts, according to the U.S. Federal Trade Commission.

As Gase is a NASCAR driver and team owner, there will be a particular focus on auto parts. Safety is paramount for the teams, especially at speeds approaching 200mph, and counterfeits don’t have the same level of testing.

Gase will exhibit that pattern as he makes his seventh start of the 2022 Xfinity Series season. He helped kick off the team’s inaugural season at Daytona International Speedway in February, and he drove the No. 53 Ford to a 26th-place finish. Gase then added a 16th-place finish on the second trip to the reconfigured Atlanta Motor Speedway.

GettyShane Lee had a strong finish at Talladega Superspeedway.

Emerling-Gase Motorsports is only in its first season of operation and has featured a wide variety of drivers. The team is smaller than most of its counterparts, but there have been some good races.

Two drivers, in particular, are close to a top 10 finish. Parker Kligerman adapted for the Circuit of the Americas team and finished 12th overall in the No. 35 Toyota. Shane Lee then drove the Ford #53 to a 14th-place finish at Talladega Superspeedway.

The most recent race on the Xfinity Series calendar featured a new driver. Brad Perez, tire specialist for Rackley WAR, made his series debut at Watkins Glen International. He qualified for the road race in the #35 Toyota, then he finished 20th overall in his first career start.

The various drivers combined to achieve eight top 20 finishes with only three DNFs. Now, Gase will strive to continue that streak while teaming up with McGruff the Crime Dog.

Sounds like something that happens to female drivers in Idaho