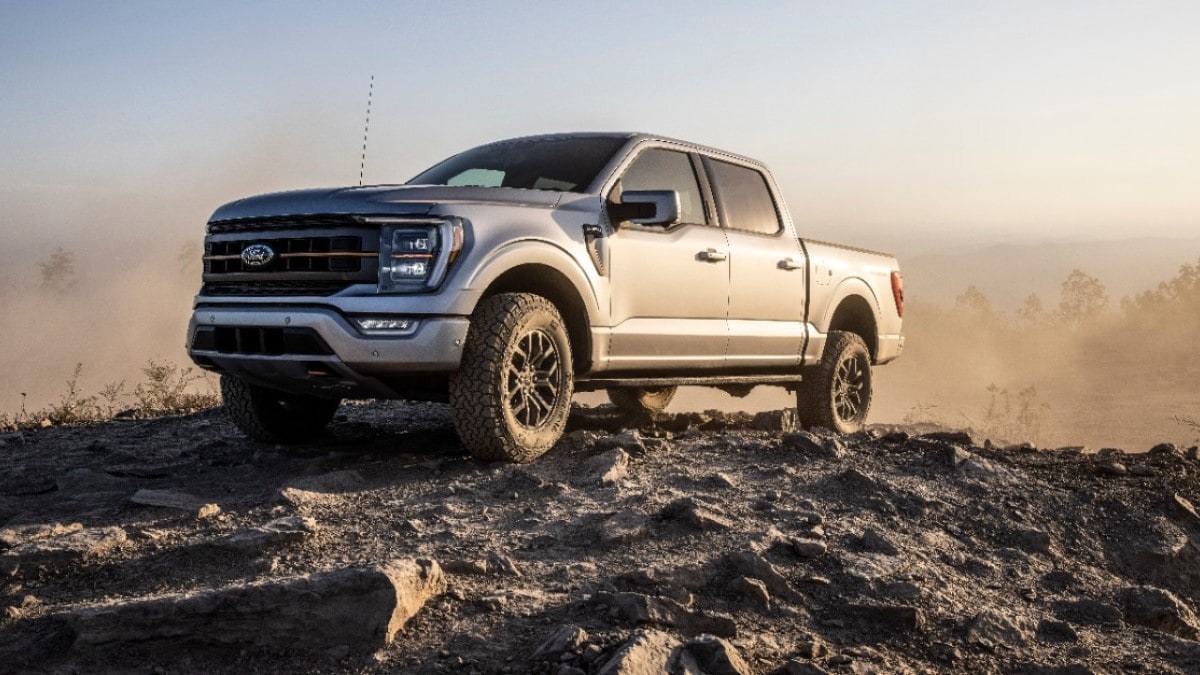 But the Raptor has little brothers. They also want to get in on the action.

Middle bro gets a V8

Ford includes two other off-road specials in the F-150 lineup. The Tremor is the middle sibling. It takes the standard F-150 and adds improved suspension, higher ground clearance, skid plate, off-road running boards, and similar amenities to outfit the truck for trail service. But it forgoes some of the Raptor’s more extreme upgrades to keep the price reasonable. The 2022 Tremor costs more than $16,000 less than its big brother, with a starting price of $54,120, plus a destination fee of $1,795.

Like the Raptor, it comes standard with a V6 engine. For 2023, it gets a power upgrade. An ordering guide posted on enthusiast forum F150Gen14.com lists a 400-hp 5.0-liter V8 as standard equipment for 2023. The current 3.5-liter twin-turbo EcoBoost V6 is listed as an option.

A Ford spokesperson confirmed this morning that the guide is genuine.

The document does not list prices. We hope to know more in a few weeks.

And the latest? We do not know yet

And you are now wondering about the third brother.

The F-150 Rattler is all new for 2023, and we still don’t know much about it. It shares the skid plates, locking rear differential and off-road tires of Ford’s other trail trucks. But it’s designed to slot in at a lower price point and likely sticks with the 2.7-liter EcoBoost V6 turbo engine from the base F-150. We are still awaiting confirmation of details.

The Rattler goes on sale this fall, so we expect to have them soon.

Muscle Mustang: Keeping a Ford in the family