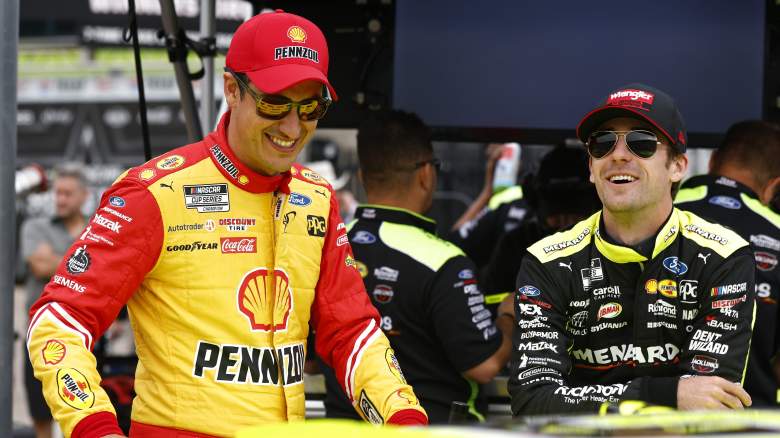 The Penske team has just signed a massive extension with a main partner.

The Penske team issued a press release on May 26 and announced the news. The team has confirmed that Shell will become the official fuel for the NTT IndyCar Series from 2023. Pennzoil will continue to be the official engine oil and lubricant supplier to the Indianapolis Motor Speedway, IndyCar, NTT IndyCar and Team Penske.

The deal also includes primary sponsorship of two Team Penske drivers at the Indy 500 on May 29. Shell and Pennzoil will support two-time champion Josef Newgarden and Scott McLaughlin.

“We are proud of the global business relationship with Shell and Pennzoil which extends to all of our Penske companies,” Roger Penske said in a press release. “Over the years we have enjoyed great success together on the track and the relationship has evolved to include our commercial transport operations around the world. Our teams also work with Shell and Pennzoil on product development and multiple sustainability initiatives to help us stay focused on the future.

Joey Logano will continue to work with Shell and Pennzoil

An important part of this announcement is confirmation that Shell and Pennzoil will continue to be major partners for Joey Logano. The press release revealed that the 2018 Cup Series champion will continue to drive the #22 Shell-Pennzoil Ford Mustang for more than 30 races.

Logano achieved considerable success driving the Shell-Pennzoil Ford Mustang. He has won 26 of his 28 Cup Series victories with Shell and Pennzoil as title partners, including the 2015 Daytona 500. Logano also celebrated the 2018 Cup Series championship with the iconic yellow and red color scheme.

In addition to his paying victories, Logano also had success in exhibition races. He won the 2016 All-Star Race to win the million dollar prize. He also kicked off the 2022 calendar by winning the Busch Light Clash at the LA Memorial Coliseum.

With Shell and Pennzoil inking a massive expansion with Team Penske, there are now questions about Logano and his future with the team. The driver of n°22 is under contract until the 2023 season.

Team owner Roger Penske provided information about Logano’s contract to FOX Sports’ Bob Pockrass. He confirmed that the team remains focused on ensuring that Logano remains the driver of the #22 Ford for the foreseeable future. He just had to take care of other business first.

“We have a deal with Joey through 2023,” Penske said, courtesy of Pockrass. “Obviously he and I talked about extending it. We wanted to complete the Shell contract, which we signed last week. He and I are in good conversation about it and plan to announce its extension here shortly.

READ NEXT: Kyle Busch and Dale Earnhardt Jr. have a plan to unite their fans