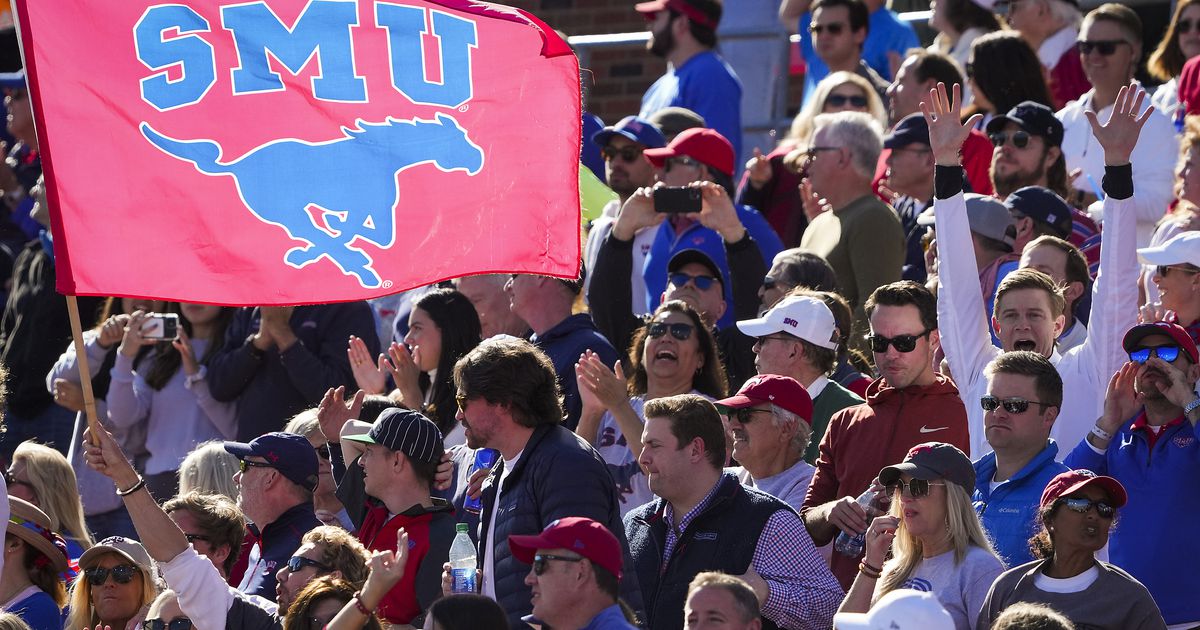 SMU has a strong case for a major college athletic conference

After recent changes have again dramatically changed the landscape of college football, I have a message for any major conference looking for a world-class institution and a major media market: it’s time to Pony Up.

Southern Methodist University is ready to participate in a major athletics conference. Few viable and available college athletic programs have the rare combination that SMU offers: a rich history, a recent track record, and a bright future. Winners of eight team national championships and home to more than 100 individual national champions, SMU has advanced all 17 sports to the playoffs and won conference titles in 14 of those sports over the past 13 years. SMU football has won 25 games over the past three seasons — the most among NCAA Division I Texas teams — and been ranked in each of those campaigns, something very few schools can match.

As mayor of Dallas, I am a big supporter of EMS. Part of the campus is in the city of Dallas. Most SMU students choose to call our city home, and many alumni build their lives in our city long after leaving Hilltop in University Park. SMU also proudly wears our city’s name on its uniform, helping bring much-needed national attention to Dallas. And we’ve been proud to partner with the university on many community initiatives.

Now, here’s why all of this should matter for a great conference: Dallas is the place to be right now. It is a growing, vibrant and thriving city – the ninth largest in the nation and the engine of the fourth fastest growing and largest metropolitan area in the United States. Dallas is also the craziest football market in the country, and it’s a city full of college football fans, many of whom grew up here watching the “Pony Express” in the early 1980s.

Having those passionate fans’ eyes on their league’s product — coupled with home games played in the National Central Time Zone — would be a boost for any conference. And with two major airports with direct flights to places across the country – all under 3.5 hours – as well as some of the best restaurants in the country and incredible entertainment options, Dallas is an easy and fun place to visit for soccer fans. .

And we are full of talent. For example, football coaches and administrators should know that Texas produces more top-notch recruits than the total footprint of some conferences.

Notably, SMU athletics is not resting on its laurels. The university has invested heavily in the future of its programs. In January, the school announced plans for a $100 million end zone complex at the 32,000-seat Gerald J. Ford Stadium. The complex will be another boost to the already strong recruiting efforts and performances on the pitch, and it will provide fans and guests with unique and upscale experiences on match day and beyond. The end zone complex represents a major milestone for SMU athletics – the culmination of the recent quarter-billion dollar investment in the development and enhancement of championship-caliber athletic facilities on campus.

But make no mistake: SMU has the academic credentials and high standards that would make any conference proud. A comprehensive research university on track to achieve Tier One status in the near future, SMU is a vibrant cultural institution, producing world-changing leaders. It is already one of the top 70 universities in the country, according to US News & World Report’s “Best National Universities” ranking. Now SMU is in the midst of a $1.5 billion fundraising campaign, following the previous campaign which smashed its $1 billion goal ahead of schedule. I also greatly appreciate that SMU also continues to advance its commitment to making education more accessible to all students; one-third of students in this year‘s freshman class are students of color, a new record for the private institution.

I am proud of the partnership between SMU and the City of Dallas. It’s a joy to see players wear “Dallas” on their chest on Football Saturday and proudly display the Mustang “Triple D” logo on their helmets – a combination of our city logo and the Mustang running. SMU energizes and enriches our city. It will be the same for a large conference.

Eric Johnson, the 60th mayor of Dallas, was elected in June 2019. He was previously a member of the Texas House, where he represented Dallas from April 2010 to June 2019.

We welcome your thoughts in a letter to the editor. Consult the instructions and drop your letter here.