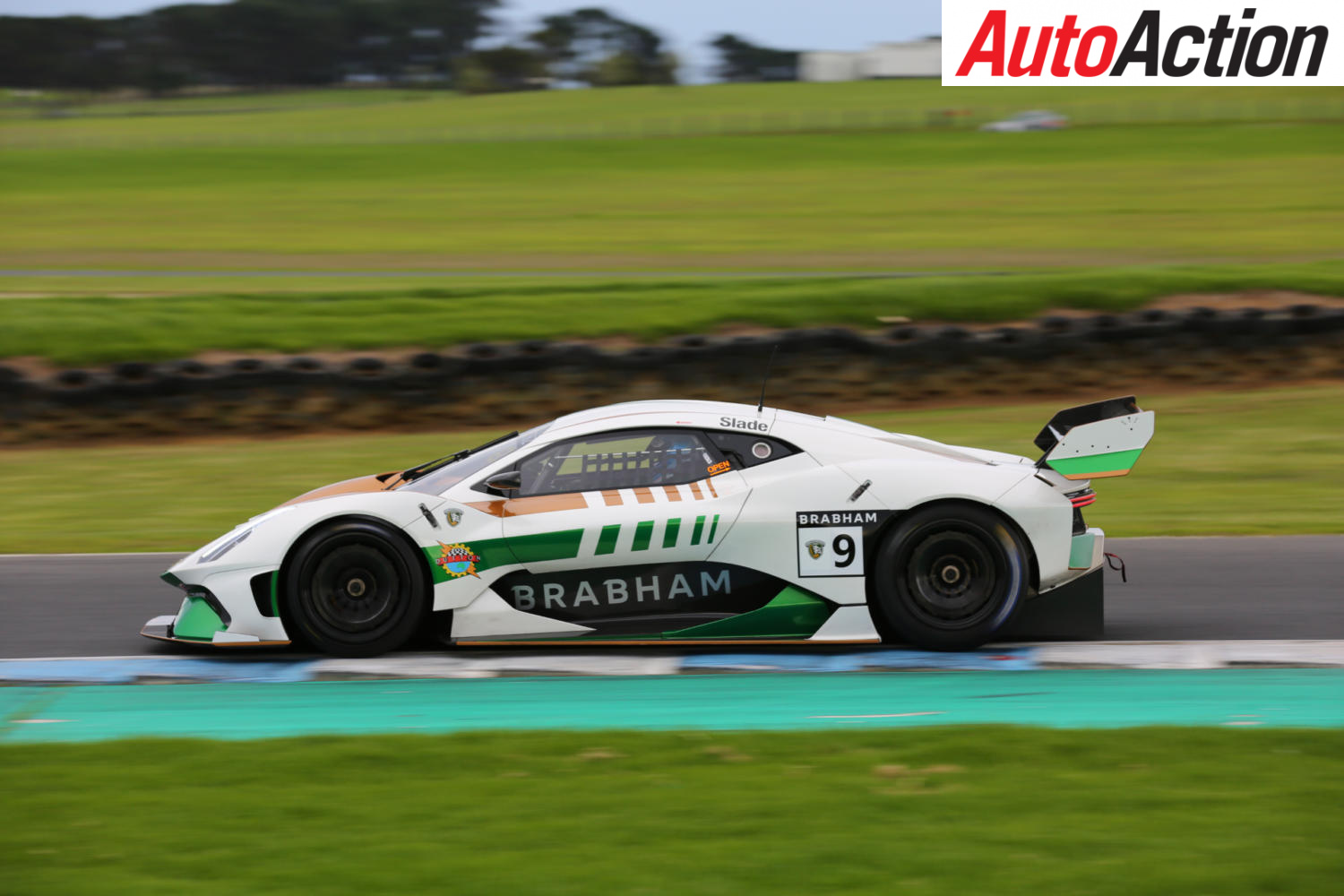 No record is safe from Tim Slade as the Supercars ace embarks on an unprecedented time attack across the country.

Slade has already driven a Brabham BT62 to a new record at Phillip Island (pictured by Revved Photography) and now he’s aiming for similar success at other tracks – including Bathurst.

He reveals the purpose-built supercar is a cut above his Mustang Supercars, even though he’s been a Top 10 regular this year in the CoolDrive car and will be teaming up with crew chief Tim Blanchard for The Great Race. The biggest difference?

“It’s like a GT3 car on steroids. A GT3 has less grunt than a Supercar, where this one has more. Then there’s the aero on this car, which is so much more,” Slade told Auto Action.

“To sum up, it has more grunt and more grip. It does everything better than a GT3 car and a Supercar.

“It’s a very stable and forgiving balance. You get into it and you have pretty good confidence right away. But it’s not scary to drive.

Slade began his record attempt at Phillip Island, where his target time was the 1 minute 24.221 set by Simon Wills, driving a Reynard 94D Formula Holden in 2000.

He needed special help to try his luck as official records have to be set in races and not just in a race against the clock, but he eventually got some help to race in a Victorian event. State Race Series.

He eventually clocked 1:24.060 and admits there was probably more speed with more time and more Brabham tuning.

“There’s a lot left in the car. You don’t want to go out and risk the car. But you also have to commit, because you don’t have a second up your sleeve,” he says.

“Phillip Island was difficult because we originally wanted to race sports cars. The MG club was kind enough to let us race in their class. So the next fastest car was about 40 seconds slower than the Brabham.

“So I literally only did two fast laps over the weekend. If we had another race at PI, there would be half a second in the driving, and another time in other parts of the car too.

The time attack program came as a suggestion from the owner of the Brabham, a fellow Slade from Adelaide, but quickly grew from there.

“The main thing is that we plan to organize two or three more events by the end of the year.

“We could do a state tour in Tailem Bend in South Australia in September. I don’t know what class or category. We’ll potentially do a few laps on a day of testing ahead of time.

“I’m not saying anything specific about the lap records. We just want to have fun and see what the car will do.

“And we will also consider doing the Challenge Bathurst. That would be a cool thing to do in this car.

Slade is not ready to name the owner of the car, but thanks and congratulates the AMS Motorsport crew, Matt and Scott, who look after the Brabham.

“I’ve driven a few other cars over the years for owners. There’s a few guys from Adelaide who do it. I have a good relationship with them and the weekends are fun.

“We’re having a laugh. And I have faith in the guys looking after the car. Regardless of the results, Slade says he’s happy to jump into the Brabham.

“I’ve driven the car on some track days in the past, and we’ll do some more. It’s really, really cool. It’s a lot of fun,” he said.

“You put any race car driver in a race car that has a decent amount of grunt, sounds great, and has good grip from both tire and aero, and you come out with a pretty big smile.

“It’s super fun. Any pro could come in and be about to get the most out of it without a huge amount of laps. And then there’s Bathurst…

“I’m not too sure of the plan yet. But I want. It’s obviously a really cool car to drive. And I really appreciate that.