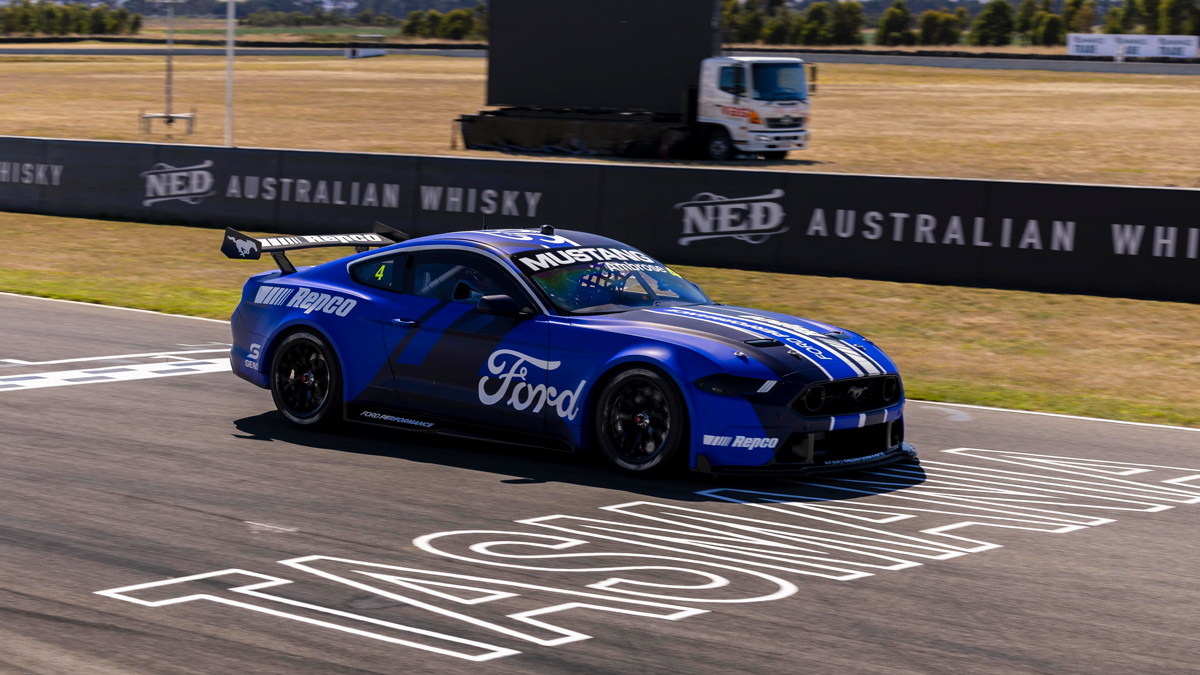 Under Archer Capital’s former majority ownership, the new 2023 Chevrolet Camaro and Ford Mustang were touted as being much cheaper as a base package than the current Gen2 models.

Former Gen3 boss John Casey actually told the media in 2020 that the goal was a car under $350,000 including an engine – a figure that could be around half the actual final price.

When the RACE consortium, of which Skaife is a central figure, took over Supercars late last year, it set about addressing a number of glaring issues that had become apparent.

Among these were the reinstallation of a gear lever by popular request, the resolution of major ergonomic issues that had proven problematic for drivers, and the correction of geometric problems.

Skaife spoke at length about the situation on the Parked Up Plus podcast this week.

“I came into this program feeling like I had received a hand grenade in gift wrap,” Skaife told podcast host Mark Fogarty.

“I was pleasantly surprised by everyone’s efforts; the homologation teams have been absolutely exceptional, Ford and GM have been exceptional, the Supercars people who have been involved so far have done a tremendous job.

“Yeah, there were some things that we committed to before taking over the business that were probably under a different ticket in terms of cost, and by the time we took over the business a lot of the plan was in train and there were things right away (that needed to change).

“I listened very, very carefully to the drivers, I took note in particular of all the comments that they spoke about once they were in the car, in particular things like the ergonomics.

“I mean, it’s fundamental that the greatest drivers, whether it’s a Shane van Gisbergen or a Brodie Kostecki, have to fit in the car.

“So there was a lot of work going into putting back sequential gear shifting, putting back the anti-roll adjusters, making sure the ergonomics were such that we weren’t putting taller riders at a disadvantage, and what style of car we were looking for.”

Skaife described the incoming platform as “absolutely exceptional”, and although the turnkey cost is higher than desired, the five-time ATCC/Supercars champ is confident savings will be made.

“I’m concerned about the initial BOM of materials and initial upfront costs,” he admitted.

“But the initial cost is going to be amortized basically over the whole year of operation, so you have to consider what the business case is.

“You then have a corresponding exit cost of current cars, so your delta – the difference between the price at which you just sold that car and the new car you just bought – that’s the piece that’s really important, and I’m hearing some really big numbers about the final Commodore sale numbers.

“And then once you’ve changed your infrastructure and what I call the race kit.

“Once you change your infrastructure and have new cars with the new spares and new components needed to race the cars next year, that cost per kilometer will be reduced significantly.”

Brad Jones Racing is set to receive the first chassis from PACE Innovations during the Sandown SuperSprint this weekend.

Gen3 demo laps will take place on each of the three days of the event, with the official Supercars website confirming that Craig Lowndes and Zane Goddard will drive the Camaro and Mustang respectively.

Will Brown, David Reynolds and James Courtney are among those who will get prototype mileage on the Monday after the event when the teams hold a drive day at Sandown.