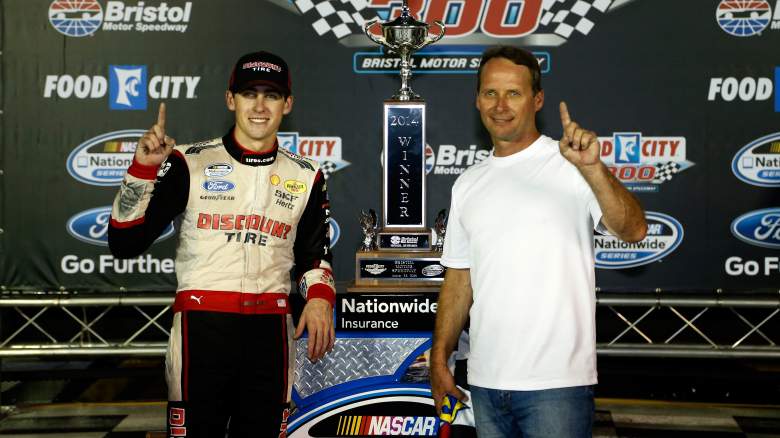 Ryan Blaney (left) and Dave Blaney (right) will both compete in the SRX series.

The driver of the #12 Team Penske Ford Mustang is about to take on a new challenger. Ryan Blaney will compete with his father, Dave Blaney, in the Superstar Racing Experience.

The SRX Series broke the news on March 7, confirming that the two NASCAR drivers will ride in a different style of vehicle for their on-track battle. They will head to Sharon Speedway (Ohio) on July 23 to close out the SRX Series season.

Both members of the Blaney family will join a stacked list of former NASCAR Cup Series competitors that also includes Ryan Newman, Bobby Labonte, Michael Waltrip, Matt Kenseth, Greg Biffle and Tony Stewart among many others. This track will also be familiar ground for the elder Blaney. Per Racing America, he is co-owner of the Ohio speedway. He also won a World of Outlaws event on the 3/8 mile dirt road.

Besides the NASCAR drivers, there will also be a large contingent of IndyCar drivers. Helio Castroneves, Tony Kanaan and Josef Newgarden will all run part-time campaigns while Paul Tracy, Marco Andretti and Ryan Hunter-Reay will all have full-time schedules.

The 2 pilots had some career overlap

The SRX Series race at Sharon Speedway will provide a unique opportunity for both NASCAR drivers. They will be able to compete on the race track while fighting for a place on the podium.

They came close to facing each other in the 2014 Cup Series season when young Blaney ran a part-time schedule for Team Penske. He made starts at Kansas Speedway and Talladega Superspeedway.

Dave also attempted to qualify for the Cup Series race at Kansas Speedway in the #77 Ford. However, he did not make the final grid and did not face his son.

Although he failed to qualify for the Cup Series race in 2013, Dave competed in a Truck Series race against his son during the 2013 season. They both started for Brad Keselowski Racing at Eldora Speedway and completed the 153 laps. Dave finished ninth while young Blaney finished the day 15th overall.

The first season of the Superstar Racing Experience featured several top drivers each week, a roster ranging from Willy T. Ribbs and Waltrip to Kanaan and Castroneves. However, the series capped off its year with a memorable battle between two Cup Series champions.

The final race of the SRX season was held at Nashville Fairgrounds Speedway on July 17, 2021. 1988 Cup Series champion Bill Elliott made his sixth start of the year in the series, and he faced his son, Chase Elliott, as part of a stacked lineup.

The elder Elliott first earned bragging rights by holding off Chase in the first of two heat races. He then finished sixth in the second qualifying race while Chase finished eighth. However, the 2020 Cup Series champion got the last laugh by winning the race. Series champion Tony Stewart took second place while Elliott finished third.