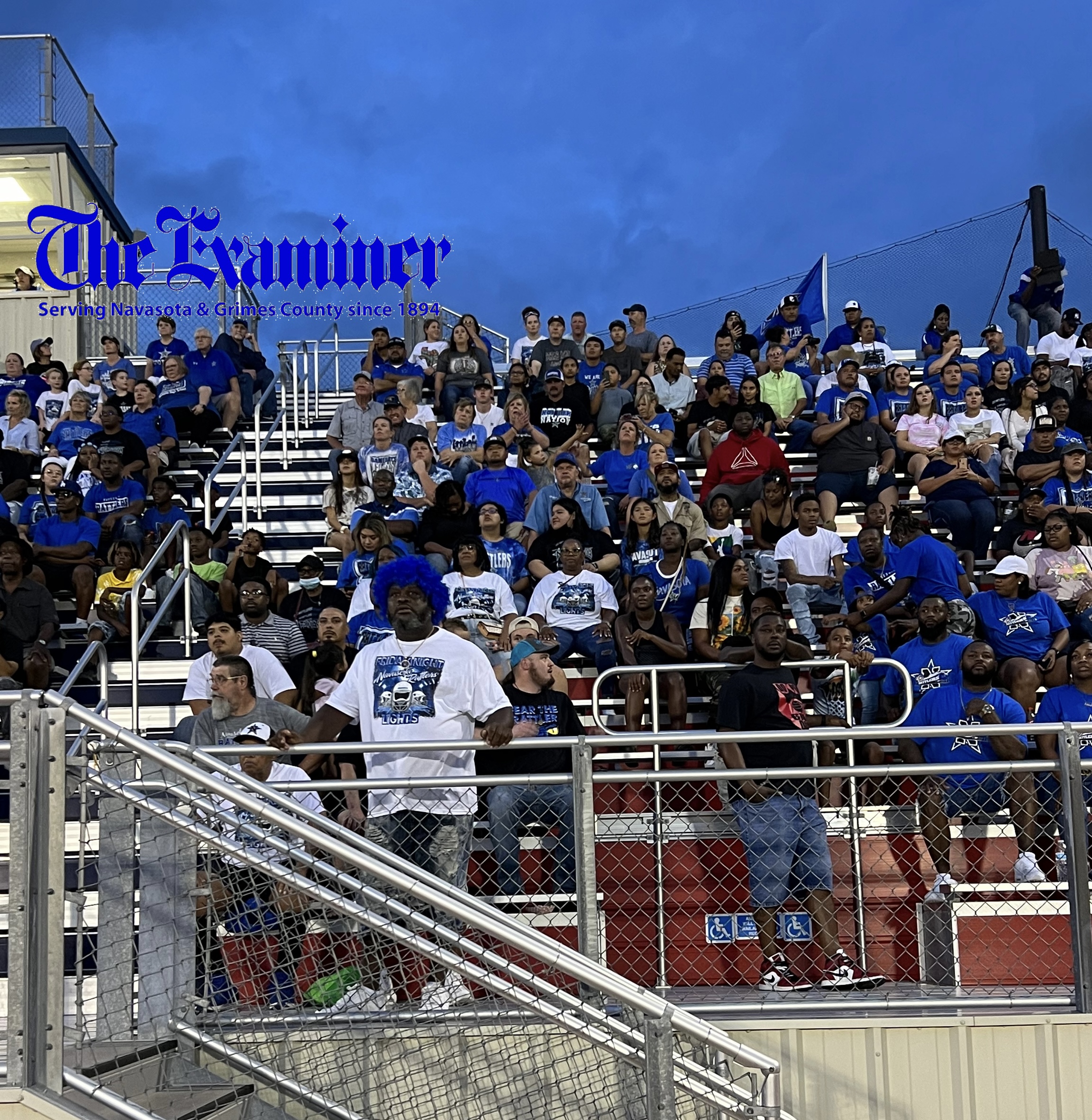 MADISONVILLE — It was a Wild West showdown in Madisonville as rival Navasota Rattlers took on the Mustangs in a thrilling 27-21 overtime win.

The Rattlers went on the offensive in turn, eventually facing a fourth-and-one. Navasota circled the kick and opted to run the ball instead. Deontray Scott forced his way forward for a 3-yard gain and a first down. On the next play, Scott took the ball down the left side of the field and into the end zone for 11 yards and a Rattler win.

Scott scored three touchdowns on the night, two on the ground, both from 11 yards and one through the air for 80 yards.

Navasota started the game with their spirited defense forcing a three-and-out for the second time in as many games. The Rattlers rushed for 56 yards in eight plays, capped off by Scott’s 11-yard run.

In the third quarter, Navasota lost a fumble on his own 25-yard line. Madisonville drove the ball to Rattler’s 2-yard line, but the Mustangs were turned away by Rattler’s stingy defense. The score remained 7-0 with one minute remaining before halftime.

Navasota was forced to throw from behind his end zone, a low kick to Rattler’s 10-yard line and returned for a touchdown. The extra point tied the game 7-7 with 4:42 left in the third quarter.

The Rattlers responded on the ensuing drive, driving the ball deep into Mustang territory. Scott took a pass to the 7-yard line but fumbled it in the end zone. Chris Tejada jumped on the loose ball to regain a 13-7 lead for Navasota. Juan Vargas, perfect in the night, kicked after the point.

Jared Isaiah recovered a pass from Mustang with 9:56 remaining to give the Rattlers possession to their own 25. Navasota extended their lead with 8:53 left in the game on a swing pass to Scott rom Javyn Jessie who ran 80 yards for the score. Vargas’ extra point gave the Rattlers a 21-7 lead.

The Mustangs force a Rattler punt with 2:06 remaining, then head to the Rattler 33. Navasota knocked down a pass attempt with 3 seconds remaining to send the game into overtime.

Navasota goes to (2-0) and the Mustangs fall to (1-1). Read a full recap in the September 7 edition of The Examiner.

Photos: The Minnesota State Fair is back. Just like food on a stick.