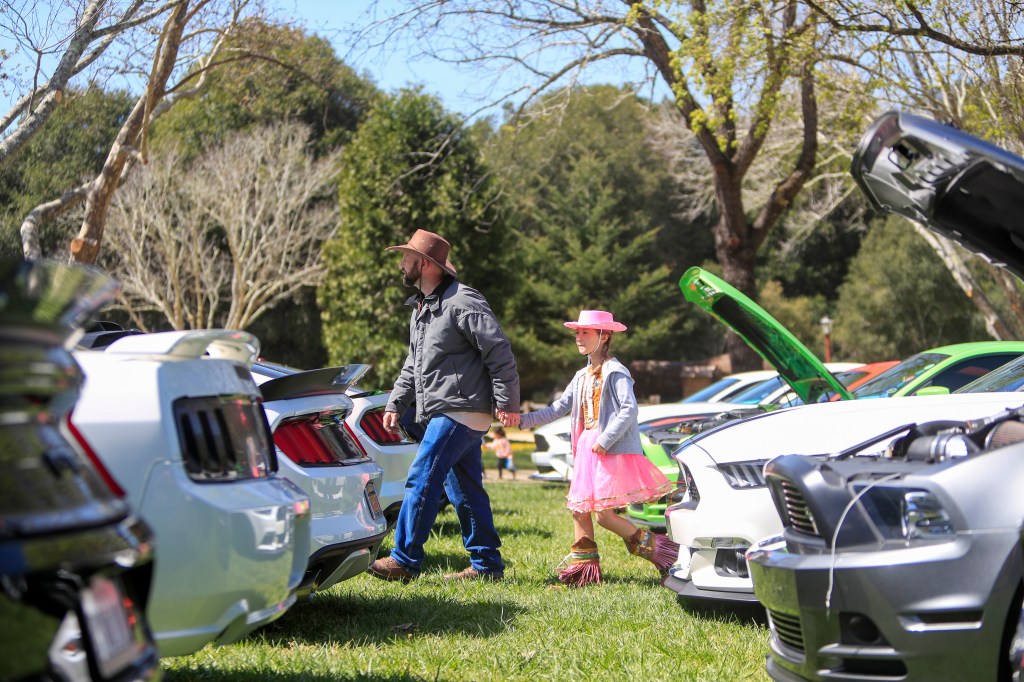 By Robert M. Schneider Last updated Apr 5, 2022
Share
The horses were in Felton, but these equine beasts were made of steel and rubber, not blood and bone, as part of National Mustang Day. The event took place on Sunday and featured some of the best examples of American muscle. There were about 150 cars parked under the sun at Roaring Camp, which is surrounded by coastal redwoods and the San Lorenzo River.

The celebration included live music, raffles, food, train rides and sponsor trophies for the best cars. In the Best Cowgirl contest, 9-year-old Heather McCabe of Gilroy won the Best Cowgirl award for the second year in a row.

In which vehicle would you drop off the new Stellantis Hurricane Straight-Six?