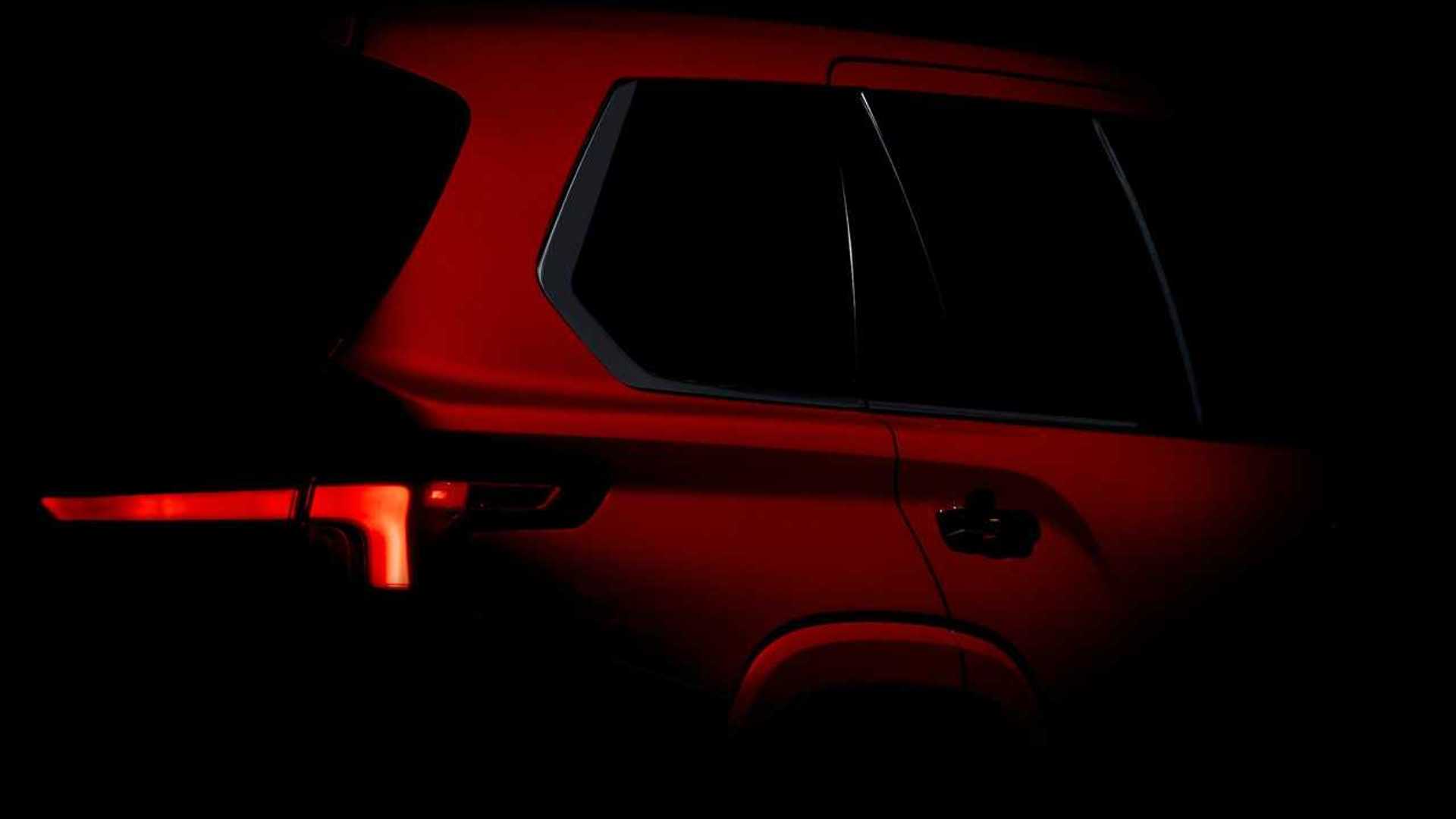 A tweet from Toyota offers the first glimpse of what we’re pretty confident is the next-generation Sequoia. The current iteration of the large SUV dates back to its 2007 debut, so it’s definitely time for an update.

The teaser (embedded below) only shows the SUV’s rear pillar and offers no other details. From what can be seen, the lines are crisp and give the new Sequoia a straight, angular appearance.

Plus, there seems to be a bit of inspiration from the latest Toyota Land Cruiser in the design of the new Sequoia. The Land Cruiser has a thicker D-pillar, but both models have an upward bend at the base of the window.

The front end of the new Sequoia remains a mystery, but similarities are expected with the new Tundra, which rides on the same platform. It would be a massive grille occupying the nose and the Y-shaped headlights.

Inside, the large physical footprint means plenty of room for all three rows of occupants. The current Sequoia looks dated in the cabin because of its small infotainment screen. With the Tundra as your guide, you can expect an available screen measuring up to 14.0-inches or 8.0-inches as standard.

Look for the Tundra’s powertrains as well. The truck comes standard with a twin-turbocharged 3.5-liter V6 rated at 389 horsepower (290 kilowatts) and 479 pound-feet (649 newton-meters). As an upgrade, there’s the i-Force Max engine which adds an electric motor to the mix to produce 437 hp (326 kW) and 583 lb-ft (790 Nm). Both rear-wheel-drive and four-wheel-drive configurations would be available.

Toyota doesn’t say when the new Sequoia will debut, except that it’s “soon”. This usually means that the premiere should take place in a few months. Expect to see the SUVs in dealerships before the end of the year.

Disclaimer! NewsConcerns is an automatic aggregator of all the media in the world. In each content, the hyperlink to the main source is specified. All trademarks belong to their rightful owners, all materials to their authors. If you are the content owner and do not want us to publish your materials, please contact us by email – [email protected]. Content will be deleted within 24 hours.