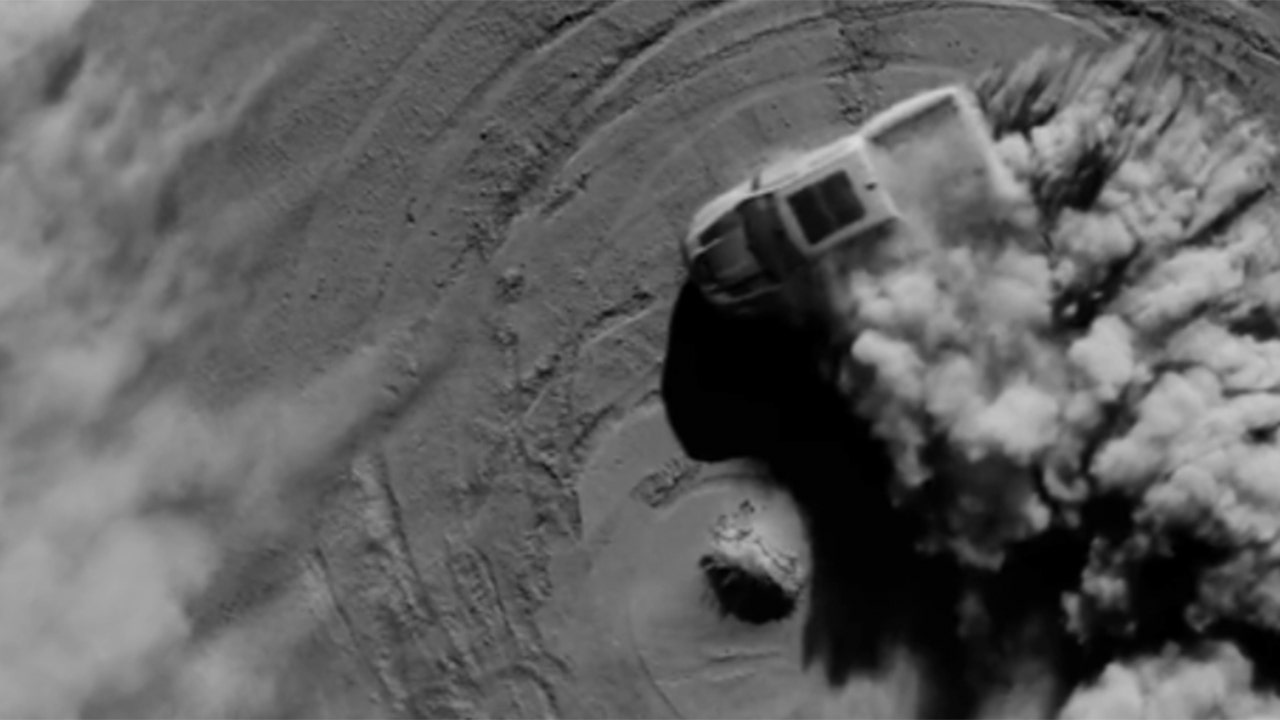 The 2021 Ram 1500 TRX is the most powerful pickup ever, but it’s not just about speed. The high-performance off-roader is a well-rounded monster truck, says Fox News Autos editor Gary Gastelu.

Ram has something in the works.

The truck brand is soon launching a new high-performance pickup.

Racer and stuntman Ken Block posted a video on Twitter of himself driving a “new spec” Ram through the desert.

Ram will unveil a new pickup on June 6.
(RAM)

The black and white aerial shot shows the truck making donuts in the dirt.

The hood design suggests it’s a new version of the Ram 1500 TRX, and the sound of a supercharged engine provides further evidence to that effect.

The current Ram 1500 TRX is powered by a supercharged 6.2-liter V8 that produces 702 hp, making it the most powerful gas-powered pickup in the world.

But the engine is based on the Hellcat V8 from the Dodge Challenger, which was offered with up to 808 hp in the muscle car.

Ram doesn’t necessarily add power to the TRX, but there’s a good reason it does.

Ford will soon unveil the new F-150 Raptor R pickup, which is expected to borrow the 760 supercharged V8 from the Ford Mustang Shelby GT500. The standard F-150 Raptor on sale today is powered by a 450-hp turbocharged V6.

Even with high-powered electric pickups like the 835-hp Rivian R1T and 1,000-hp GMC Hummer EV hitting the market, the internal combustion engine truck war is still on.

In fact, if you look under the hood of the current $80,585 TRX, you’ll find an image of a T. rex dinosaur with a much smaller raptor in its mouth on the engine cover as a playful dig at its competitor.

According to Block’s post, the mystery of Ram’s new truck will be revealed on Tuesday, June 6 at noon ET.