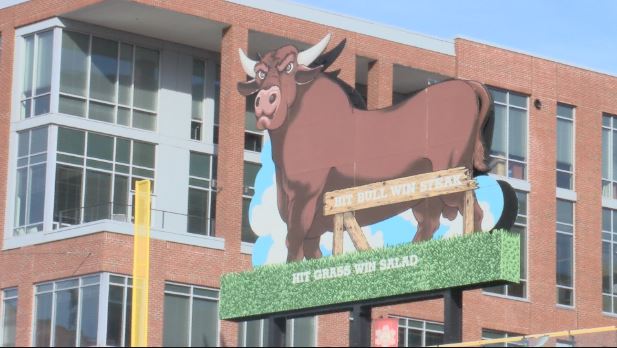 DURHAM, NORTH CAROLINA (KCAU) – Game day is getting closer and closer for Morningside, as the Mustangs held their last padded practice of the week. But before entering the pitch this afternoon, they took some time to explore the sights and history of Durham this morning, with a guided tour of the local minor league park, Durham Bulls Stadium.

The park should ring a bell for those who saw the movie “Bull Durham,” the 1988 baseball classic focused on the Bulls’ organization, and callbacks to the movie certainly weren’t hard to find. The team were treated to a grand stadium tour starting in the press box, then moving on to the pitch and clubhouse before ending in the team’s gift shop, while learning about the wealthy history of the legendary franchise and the MiLB team of the year 2021.

Some Morningside players haven’t seen the movie yet, so not everyone understood the references, but it was a chance for the Mustang team to experience a minor league atmosphere and s ‘imbue a stadium celebrated by the baseball community.

“It was pretty cool,” said senior offensive lineman Tyler Anderson. “I’ve never been to a Minor League park before, so going out and seeing new things is pretty fun.”

“I’ve played baseball a lot throughout my life and I mean… I’ve been to a few baseball games and it’s a really cool stadium and its history was really interesting,” said senior wide receiver Caleb. Schweigart.