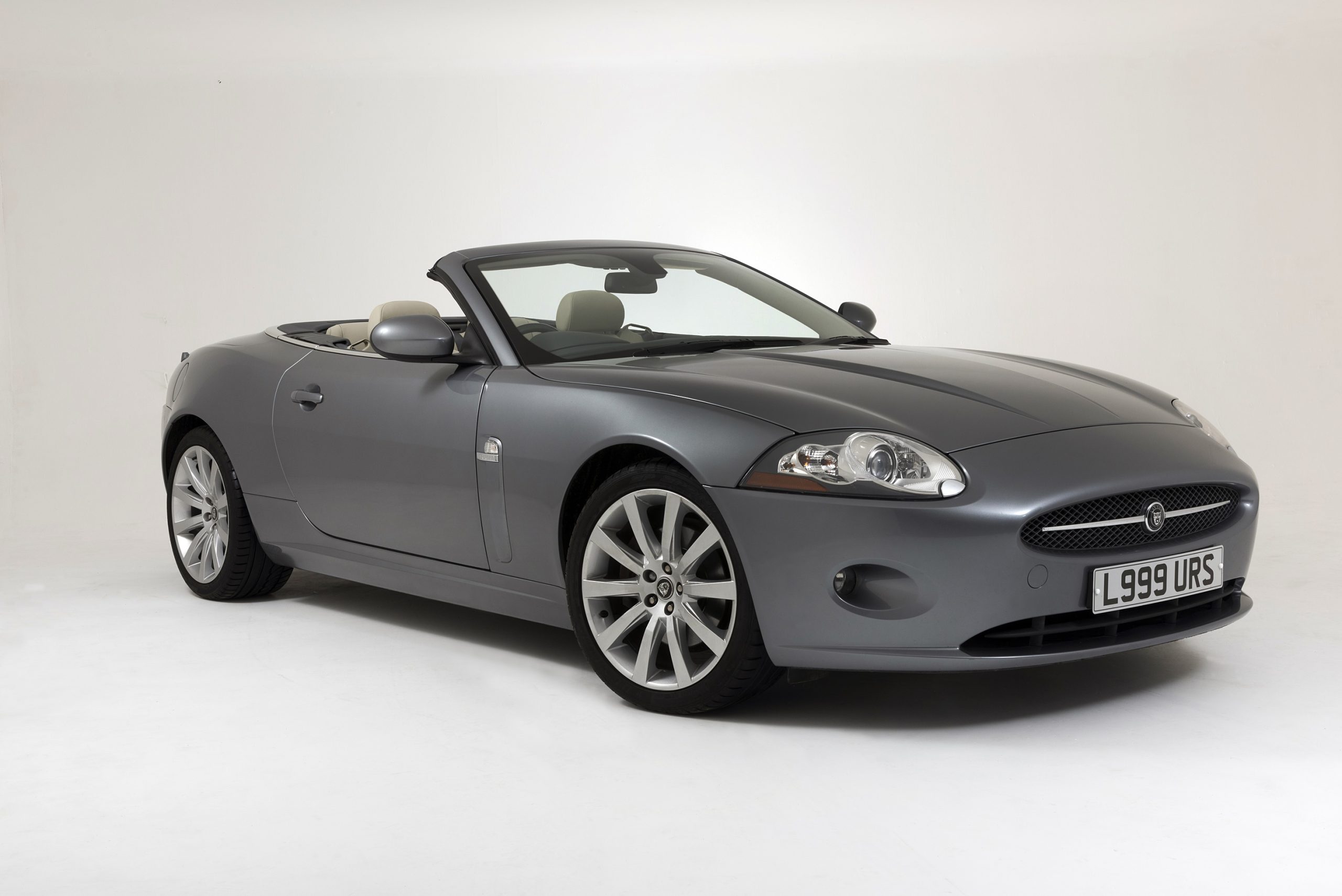 Depreciation is the great democratizer, bringing luxury cars and high-end sports cars within reach of the wallet of the common enthusiast. And for some, it’s a tantalizing offer that’s too good to resist. For example, why buy a new Subaru BRZ when you can get a used Porsche Boxster for the same price? Or, for the same price as a new Ford Mustang, you can slip into a used Jaguar XK or XKR.

Although some V8 models lost a bit of power, the 2022 Ford Mustang still offers plenty of performance for the price. While the top-of-the-line Shelby GT500 can cross the $100,000 threshold with enough options, the EcoBoost model starts at $27,205. And the V8-powered GT is only $10,070 more.

Or, you can take that cash and buy a used Jaguar XK X150. The predecessor to today’s F-Type, the XK was a radical departure from its predecessor, the XK8. But, just like the XK8, Jaguar offered a faster version, the XKR. And you can get either a pre-facelift (2007-2009) XK or XKR for less than the MSRP of a 2022 Mustang EcoBoost. Stretch the budget to the Mustang GT level, and you can get a 2010-2015 example.

A disadvantage of the Jaguar XK/XKR is the lack of a manual. But considering it’s technically a Grand Touring Car (GT), that’s not much of a downside. And the other attributes of the British sports car more than make up for it.

It’s sharper than a Ford Mustang and more luxurious

Like its contemporary rival, the Aston Martin V8 Vantage, the Jaguar XK and XKR lean more towards the GT side of the sports car world. So neither is as sharp or as focused as the Porsche 911. But compared to the Ford Mustang, the XK is a sleek sports car. And while the XKR matches the Mustang GT in straight-line speed, in the corners the Briton takes the lead.

Even in track-focused Mach 1 form, the Mustang feels a bit heavy, if stable and precise. The Jaguar XK, however, feels “balanced and planted”, with steering that combines excellent feedback without excessive weight, Car and driver said. And whether you drive the XK or the XKR, it stays snappy, light and nimble when the road starts to turn. Plus, the smirking but compliant ride is even more comfortable than what the contemporary 911 manages, Car and driver reports.

Part of the reason the X150 Jaguar XK is both sporty and comfortable is what makes it so different from the XK8. It is one of the first modern Jaguars with an aluminum chassis and aluminum body panels. That’s why the 2007 XK weighs about 200 pounds less than the 2006 XK8, not to mention its stiffness. Additionally, later versions came standard with electronically adjustable adaptive dampers, Piston heads Remarks.

Speaking of fancy dampers, some trims and packages of the 2022 Ford Mustang offer magnetorheological dampers, no ‘Stang is as luxurious as the XK. Sure, you can get GPS navigation in a Mustang, but what about the two-tone leather and wood/aluminum trim? Additionally, in 2007 the XKR offered a central touchscreen as well as optional adaptive cruise control. And even a base post-facelift Jaguar XK comes standard with a heated leather steering wheel, heated and ventilated seats and a Bowers & Wilkins sound system with a six-disc CD changer.

Also, while the 2022 Ford Mustang isn’t a bad car by any means, it wasn’t written by Ian Callum.

Now, Jaguar vehicles don’t have the best reputation for reliability. Furthermore, Car and driver reported some scattered electronic problems in its various XK and XKR. And like its predecessor, this inexpensive sports car can develop costly problems, especially if a previous owner didn’t take care of it. Also, despite being lightweight, the XK’s various aluminum parts aren’t cheap to repair.

However, if maintained properly, the X150 Jaguar XK and XKR are surprisingly “tough…old beaters”, pH reports. First, the X150-generation V8s have redesigned water pumps and timing chain tensioners that don’t fail like the XK8 versions do. Plus, if owners change the oil regularly and meet the 10,000-mile engine service intervals, these V8s “should be trouble-free.” pH complaints. And while the early XKR electronic differentials had a few flaws, Jaguar would have them replaced under warranty.

Granted, the XK/XKR can overheat if the thermostat fails or the radiator gets clogged with leaves, but the former problem isn’t specific to Jaguar. Too, pH says the XKR can start rattling if the hydraulic components of its variable valve timing fail. But again, Jaguars aren’t the only luxury cars with such age-related issues. Speaking of which, the XK/XKR six-speed automatic is a stock ZF unit, so massive issues are rare. However, despite initial claims that it was maintenance free, experts recommend changing the fluid every 60,000 miles as well as the filter.

When it comes to electronics, electronically controlled shocks often wear out after 60,000 miles and need to be replaced. Although to be fair shock absorbers are a replacement item on every car – the Jag only has “fancy” ones. Same thing with the battery: pH recommends changing it every four years. Otherwise, low voltage can cause electronic problems and strange warning lights. And if you don’t drive your Jaguar XK/XKR often, put it on a trickle charger.

Additionally, the XK and XKR electronic handbrakes can fail as these sports cars age. For safety reasons, this is not a DIY repair, pH said, and this requires a special diagnostic tool. Ditto repairing a clogged air conditioning drain tube – an independent workshop can lower the transmission and cut the tube.

Should you buy a used Jaguar XK or XKR?

Because a used 2007-2015 Jaguar XK or XKR is still a used luxury car, it won’t be as cheap to own as a new Ford Mustang. Not only will it lack warranty, but some parts will no doubt cost more. Still, if you want a luxury GT that can devour miles or squeeze through backcountry corners, it’s excellent value for money. Do a pre-purchase inspection first.

If you’re at a loss for what to buy, the XKR doesn’t just have more power. It also has bigger front brakes and more standard features, including the previously mentioned electronic differential. However, be aware of this compressor, as it may fail over time. More maintenance is the price of more performance, after all.

Ultimately, as with any used car, buying a used XK has its pros, cons and certain risks. But that means instead of a pony you can get a cool cat.

10 Wild Classic Cars You Can Finally Import In 2022