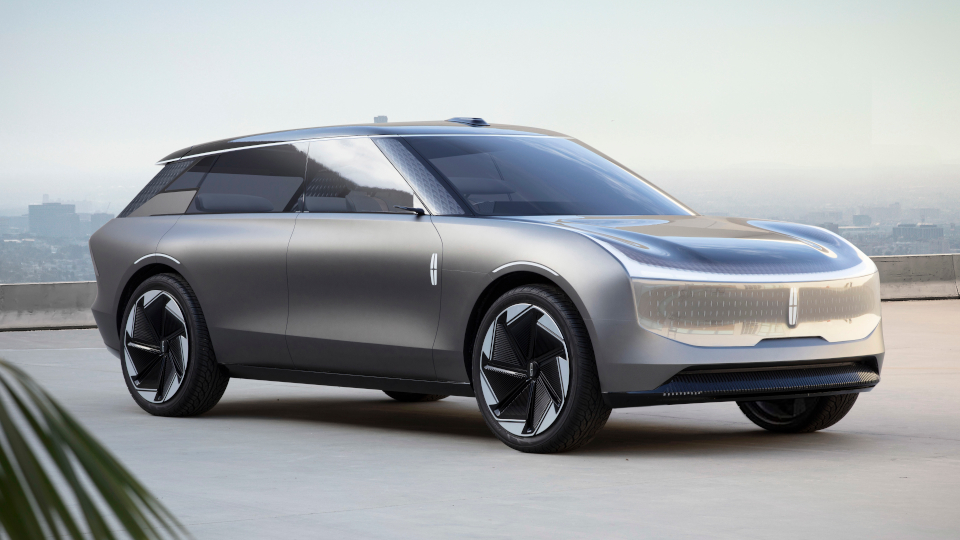 Lincoln launches the Star Concept as the first electric SUV

Lincoln dove into hybrids a decade ago and now has several PHEV models in its lineup, but it has yet to build a battery-electric vehicle. That’s starting to change this week in Los Angeles and Beijing, where Lincoln kicked off its shift to electrification with the Star Concept.

The Star previews the first of three electric vehicles the company plans to put into service by 2025, with a fourth arriving in 2026. One, due to arrive in 2024, will be a crossover similar in size to the ‘Aviator of medium size.

This year also marks the centennial of Ford’s acquisition of Lincoln. The company was founded in 1917 by Henry Leland, the same engineer-turned-entrepreneur who founded Cadillac and sold it to General Motors, but Lincoln didn’t begin to gain traction until it came under the Ford umbrella in 1922. After a long period of popularity from the late 1960s through the 1990s, Lincoln’s fortunes ebbed in the 2000s, but the brand has been on the rise in recent years and has been particularly successful in China. It now sells more vehicles there than in the United States.

As brands transition from internal combustion engines (ICE) to electric, the evolving design language must leverage propulsion technology while evoking a unique brand identity. With ICE vehicles, the grille has been a key part of that visual DNA, and few companies rely on it more than Lincoln.

Grilles provide cooling air to the engine and designers use them to create identity. BMW’s two-kidney motif is as recognizable as Rolls-Royce’s “Parthenon,” which Lincoln enjoyed great success in the 1970s, a period when the brand’s sales grew exponentially via gilded coupes and giant land yachts exactly in tune with the likes of the Disco era, all with a Parthenon-like bow. Subsequent generations, including the current range, have also been defined by highly recognizable grilles.

Lincoln’s interior design chief Robert Gelardi acknowledged that the brand lacked a cohesive visual look. In fact, if there’s a cross line, it’s the brand’s desire to evolve and pivot, albeit with more or less success.

For the Star electric concept, Lincoln followed the tradition of other EV makers of relying on smart LED lighting, but with a unique on-road appearance. This new theme will be at the heart of electric Lincolns from 2024. The main front lamps extend over the leading edge of the hood and curve, then up the top edge of the fender peaks to the A-pillars.

Unlike BMW’s electric vehicles or the Cadillac Lyriq, Lincoln took advantage of the lack of an engine to curve the hood sharply at the front, instead of creating a massive edifice. In profile, the front overhang has been reduced to a minimum and looks very elegant, especially in combination with the tapered tail.

Below the light bar is a backlit version of the Lincoln star logo, now encased in the dash. On either side are smaller versions of the star logo that disappear when turned off, but can be turned on in a variety of patterns or animations as the driver approaches the vehicle.

Cross forms for the foreseeable future

The overall shape of the concept is a two-box cross between a large wagon, like an Audi allroad, and a crossover utility vehicle, like the Aviator. The concept is several inches lower than the Aviator, but it shares the floating roof look and wraps around the greenhouse.

Like the Aviator and Corsair, the roof and glass taper subtly towards the rear, giving a boat tail effect. In back, the full-width taillight curves down and forward at the corners, unlike the front lights. This look is what we can expect from electric Lincolns from 2024.

Behind these lights are 3D-printed lattice structures that add dimension and texture while keeping the outer surface smooth and aerodynamically efficient. The same structure is repeated in the A and D pillars to create a semi-transparent effect. Lincoln created pillars that feature narrower outer sections sandwiching a similar truss structure. These lattices are created from powdered aluminum by 3D printing. This fascinating approach lets in more light.

Lincoln (and Ford) have bought into the “front trunk” idea and the Star concept takes that to a new level. The hood is designed to lift straight up and the frunk slides out like a drawer for easy access. This hood is in fact composed of an electrochromic glass that can allow visibility in the frunk or become opaque for more privacy. Although this use is clever, an electrochromic roof panel could be useful.

Inside, the design is just as modern but in a very different way. Like the recently launched Zephyr sedan in China, the Star concept features a so-called coast-to-coast display. An uninterrupted curved display spans the entire top of the instrument panel at the base of the windshield.

This display concept was first presented by Chinese startup Byton several years ago, but the company ran into financial difficulties. Moving the screen closer to the base of the windshield brings it closer to the driver’s line of sight and doesn’t require as much refocusing. It also allows for larger maps with more context displayed, so there’s less panning and zooming.

The concept includes a steering wheel that folds and retracts under the dash for easier entry and exit as well as presumed future automated driving capability.

For this concept, Lincoln has incorporated what it calls “Rejuvenation Modes,” which display video, audio, ambient lighting and even scents throughout the cabin. The coastal morning mode shows waves crashing on the beach with a scent of sea mist. Conscious Vitality Mode unleashes upbeat sound, abstract art and flowery scent while Evening Cool Mode offers a soothing soundscape with a view of the night sky.

The concept was configured as a four-seater with plenty of second-row room, but a future production version would likely be three-row like the current Aviator. The concept’s rear seats are configured as reclining loungers with extendable legrests. There’s even storage space underneath for shoes.

Few mechanical details are available, except that the first three Lincoln electric vehicles planned by 2025 will run on Ford’s new flexible electric architecture. The fourth, a Navigator-style SUV will share its platform with the second-generation F-150 Lightning, due in 2025.

The flexible platform is an evolution of the one developed for the Ford Mustang Mach-E with many improvements. This will likely include new, more efficient electric motors developed and manufactured by Ford. It will also likely use new batteries from BlueOvalSK, the joint venture Ford has launched with Korea’s SK Innovation. Ford’s next-generation electronic architecture moves further toward more centralized computing and supports over-the-air upgrades.

Based on this initial concept, Lincoln could have a bright future as it transitions to an electric brand in the years to come. The combined efforts of design teams in Dearborn, Michigan, Irvine, California and China have created a new theme that takes advantage of the absence of an engine and creates a modern look that people will soon recognize as Lincoln.