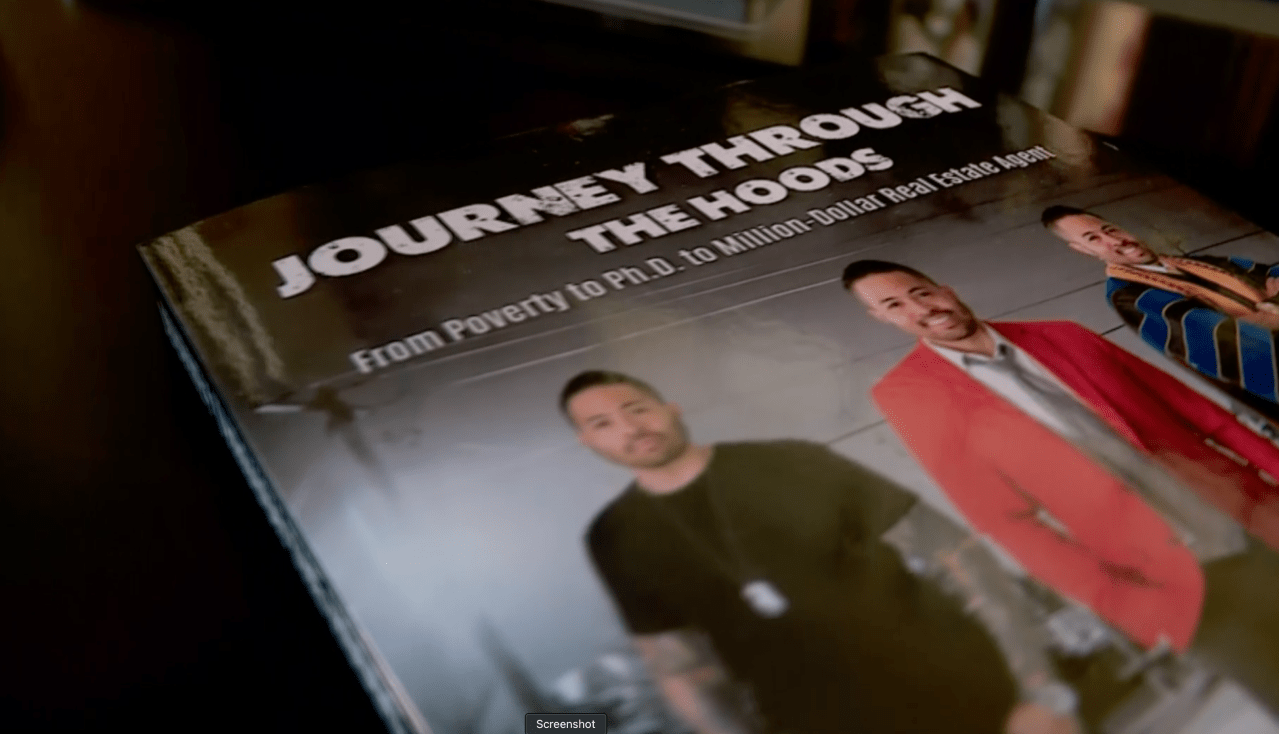 ‘Journey Through the Hoods’: A successful realtor writes about growing up as a gang member in a tough part of OKC

OKLAHOMA CITY (KFOR) — His neighborhoods as a top real estate agent are a far cry from those of his youth.

Markus Smith can point to some of these large, expensive properties as someone who brokered their sale.

He can also point to other poor places in the city where he grew up, the product of a Japanese mother and a black father.

He remembers being poor and surrounded by crime from the mid-80s to the mid-90s.

Smith is a former gang member with tattoos and stories to prove it.

“What happened to your friends,” asks a visitor to his home office?

“Most of them are dead or incarcerated,” he replies, “and that was the path I was going too.”

He finished high school and a semester of college, but that was it for nearly a decade.

It took the violent death of a good friend to finally wake him up.

Smith remembers thinking, “Enough is enough. I have to do something.

Markus returned to school in earnest in 1998.

He obtained his master’s degree in less than six years, then a doctorate

His best teacher, Markus insists, was his mother who never gave up on her boy.

“She never told me she was disappointed in me,” he insists. “I just felt it.”

Smith still teaches at the university when he’s not looking for new enrollments.

The Ties That Bind: These Kiowa and Irish Descendants Can Trace Their Family Origins to a Fateful Raid

At the request of friends and former teachers, he began writing about his experiences – the highs and lows of what it took to change his life.

The product is a three-part book, a journey that takes a child from a tough neighborhood through the rigors of college courses and into a competitive profession.

His message: not that it was easy, but that the fight was worth it.

“I get it. I know what people are going through,” Smith says. “I’ve been there, but you can persevere through this adversity.”

Smith’s book “Journey Through the Hoods: From Poverty to PHD to Million-Dollar Real Estate Agent”, was published by CLC Publishing of Mustang, OK in the fall of 2021.