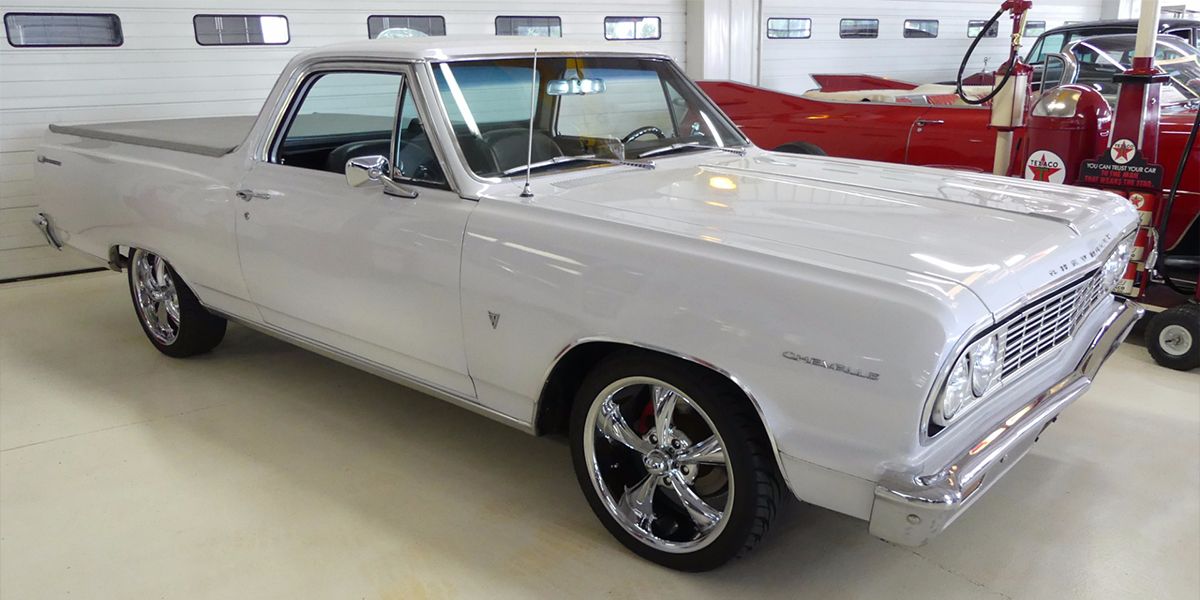 The 1960s and 1970s featured some of the most iconic American cars in automotive history. One of these cars is the Chevrolet El Camino. While Muscle Cars like the Ford Mustang, Dodge Challenger, and Chevy’s Chevelle offered incredible speed and style to blue-collar Americans at the time, the Chevrolet El Camino offered a unique experience. The appeal of the Chevy El Camino was that it offered American Muscle V8 power, coupe styling and pickup truck practicality in an affordable package.

History of the Chevrolet El Camino – Ford VS GM

Before discussing the price of the 1964 Chevrolet El Camino, we must first discuss the birth of the Chevy El Camino. Believe it or not, the idea for some sort of roadster utility vehicle originated in the 1930s.

Ford Australia was first to market with its utility vehicles in the 1930s by meeting the demand of the farming community of the time. In Australia and New Zealand, commercial vehicles are also called UTE for short.

General Motors’ Australian division wanted to compete in response to Ford’s launch of its UTE, so they released their own Chevrolet version of a utility vehicle shortly after Ford.

Although these UTEs had been available in the Australian market for over twenty years, it was not until 1957 that Ford introduced the Ranchero to the American market. Chevrolet again responded to Ford by releasing the first generation El Camino which ran from 1959 to 1960.

While the first generation Chevrolet El Camino only ran for two model years in 1959-1960, the second generation did not begin production until 1964. This is because the Chevrolet Greenbrier took its place in as a pickup truck based on Chevrolet’s car.

When the second generation El Camino was introduced in 1964, it was based on the Chevelle platform. It featured two six-cylinder engines of 120 and 155 hp. That’s fine, but the most desirable engines will be the optional 220, 250, and 300 horsepower v8s, respectively.

One thing to keep in mind is that more powerful engines have been offered in the later years of the generation. There were also other transmissions and styling differences over the years of production.

RELATED: It’s What Made the Chevy El Camino SS Such a Powerful Ride

Cost to get into a 1964 Chevrolet El Camino today

Market prices for classic 1960s muscle cars can sometimes seem outrageous to the average buyer, but the 1964 Chevrolet El Camino is surprisingly affordable considering the car’s cult status and popularity.

A recent (January 2022) search of Auto Trader Classic Cars shows several examples ranging from the low end of $28,000 to a high of around $40,000. There will always be exceptions based on mileage and condition, but these are the prices you can expect to pay. For the price of a new Toyota Camry, the idea of ​​having such an iconic collector’s car is appealing.

If that’s too rich for your blood, popular car auction site Bring A Trailer has much lower selling prices. If you’re okay with buying a car without seeing it in person or driving it, you can expect to pay around $11,000 for the low end to around $23,000 for the high end for the Chevrolet El Camino 1964. If you want a 1965-1967 model year, though, they seem to hold a much higher premium.

There have been rumors of an El Camino revival dating back to the early 2000s. The reason for this rumor relates to the Australian brand of General Motors, Holden. Holden has offered a utility vehicle or “UTE” for short trims in its model line for decades. Given that the original UTE was designed for the Australian market in the 1930s, it’s only fitting that Holden should be the one to take care of this task.

Chevrolet even made a somewhat spiritual successor to the El Camino with the SSR pickup/convertible that ran from 2003 to 2006.

Unfortunately, none of these sold very well, leading General Motors to focus their efforts elsewhere. With these factors in mind, the revival of El Camino is highly unlikely. But with enough interest from the enthusiast market as used El Camino prices continue to rise, anything is possible.

Richard Hammond finds Dragster who put him in the hospital

Take a look at the host of “The Grand Tour” behind the wheel of the jet-powered dragster.

Nick Hazleton is a blogger, internet marketer and musician. He has extensive experience owning and driving many fun and sporty vehicles, including several Mustangs, BMW M3s and even some exotic cars. He currently drives a 2014 Mustang GT 6-speed manual (#savethemanuals) with the track package and Recaro seats. In his spare time, he usually watches The Smoking Tire or Doug Demuro on YouTube.