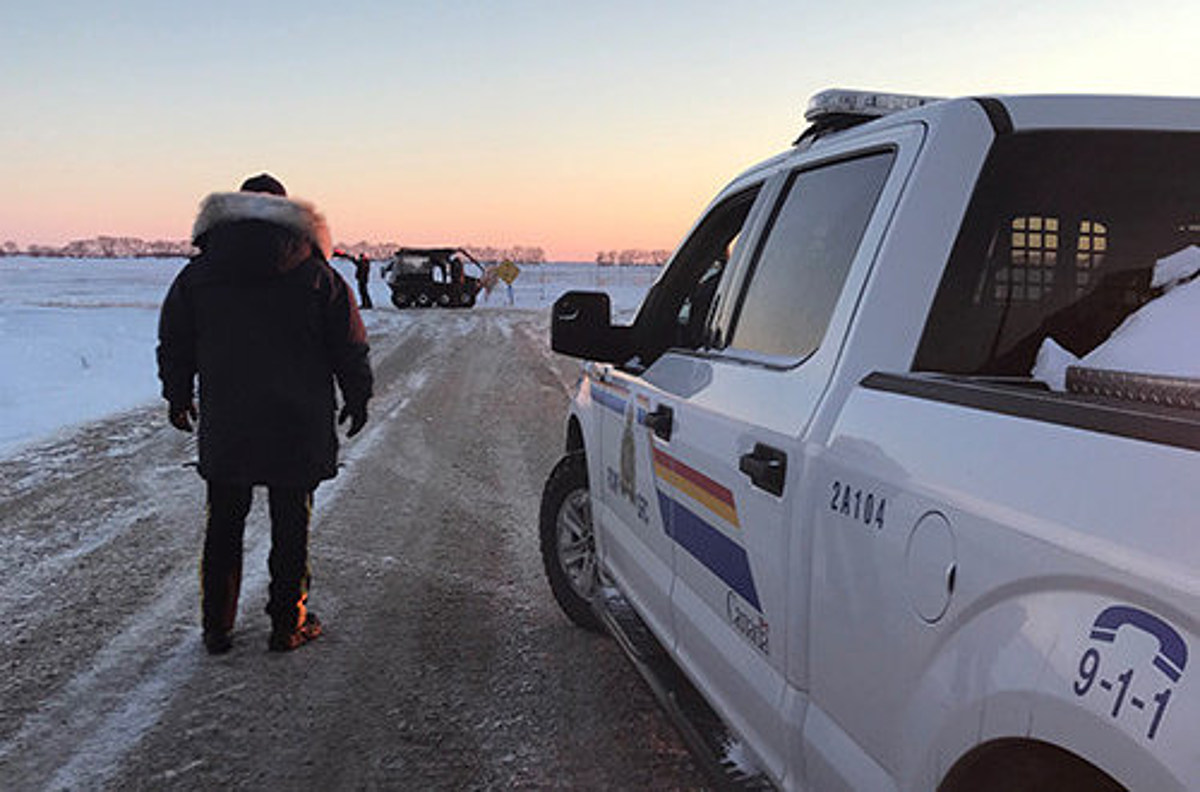 St Paul (KROC AM News) – Authorities are reporting a tragedy along the Minnesota-Canada border.

A Florida man has been charged with human trafficking by the Minnesota U.S. Attorney’s Office after a family of four, including a baby, were found frozen to death near the border on Wednesday.

The man – identified as Steve Shand, 47 – was arrested while driving a 15-passenger van on a remote road in northwest Minnesota. There were two undocumented Indian nationals in the van. He apparently planned to pick up a total of 11 Indian nationals who were trying to cross the border into Minnesota.

Authorities later discovered five other Indian nationals who said they walked in a blizzard for 11 hours. Two had suffered serious weather-related injuries. Temperatures had dropped to around -30 degrees at the time. The frozen bodies were found hours later. The victims had apparently separated from the group.

The Royal Canadian Mounted Police declares “It looks like they all died due to exposure to the cold.”

Here is the RCMP press release:

On the morning of January 19, 2022, RCMP officers from the Integrated Border Enforcement Team received information regarding their counterparts in the United States.

Specifically, the information indicated that United States Customs and Border Protection agents apprehended a group of individuals who had entered the United States from Canada near the town of Emerson, Manitoba. Also, it stated that one of the adults had items for a baby, but no babies were with the group.

Upon receipt of this information at 9:23 a.m., a search was immediately launched on both sides of the border.

RCMP officers were already patrolling the area and the search began at 9:24 a.m. Extended patrols were conducted and at approximately 1:30 p.m. the bodies of three people were found on the Canadian side of the border, approximately 10 km east of Emerson.

They have been identified as:

An adult male;
An adult female; and
A baby.
Fearing there were other victims, officers continued their search and located the body of another man, believed to be in his mid-teens at the time.

All of the victims were approximately 12 meters from the Canada-US border.

At this very early stage of the investigation, it appears that they all died due to exposure to cold. Work is underway to identify the victims and an autopsy is scheduled to confirm the cause of death.

Here is the information from the US Attorney’s office in St Paul:

According to court documents, on January 19, 2022, law enforcement officers from Homeland Security Investigations responded to a request for assistance from the U.S. Border Patrol (USBP) based in Pembina, North Dakota. USBP initiated a traffic stop on a fifteen-passenger white van less than a mile south of the Canada-US border in a rural area between official ports of entry in Lancaster, Minnesota and Pembina, North Dakota. The driver of the vehicle has been identified as Steve Shand, 47, a US citizen. Law enforcement requested the identification of the two passengers in the van and determined that they were undocumented Indian nationals.

According to court documents, law enforcement discovered crates of plastic cups, bottled water, bottled juice and snacks located in the far rear of the van. Law enforcement also discovered receipts dated January 18, 2022 for the drinks and snacks, and rental agreement receipts in Shand’s name for the van, with the return date listed as January 20, 2022. USBP arrested Shand for trafficking undocumented foreign nationals. As Shand and the two passengers were being transported to the Pembina Border Patrol Station in North Dakota, law enforcement encountered five other Indian nationals about a quarter mile south of the Canadian border walking toward where Shand had been arrested. They appeared to be heading for an unmanned gas plant located in St. Vincent, Minnesota. The five Indian nationals explained that they had crossed the border expecting to be picked up by someone. The group estimated that they had been walking for over 11 hours. One of the group members was in possession of a backpack that did not belong to him. He said he was carrying the backpack of a family of four Indian nationals who had previously walked with his group but became separated overnight. The backpack contained children’s clothes, a diaper, toys and children’s medicine.

According to court documents, later that day on January 19, 2022, USBP received a report from the Royal Canadian Mounted Police that four bodies were found frozen just inside the Canadian side of the international border. The corpses have been tentatively identified as the family of four who were separated. Two of the surviving Indian nationals were seriously injured and taken to hospital.

How to photograph Guanajuato at night