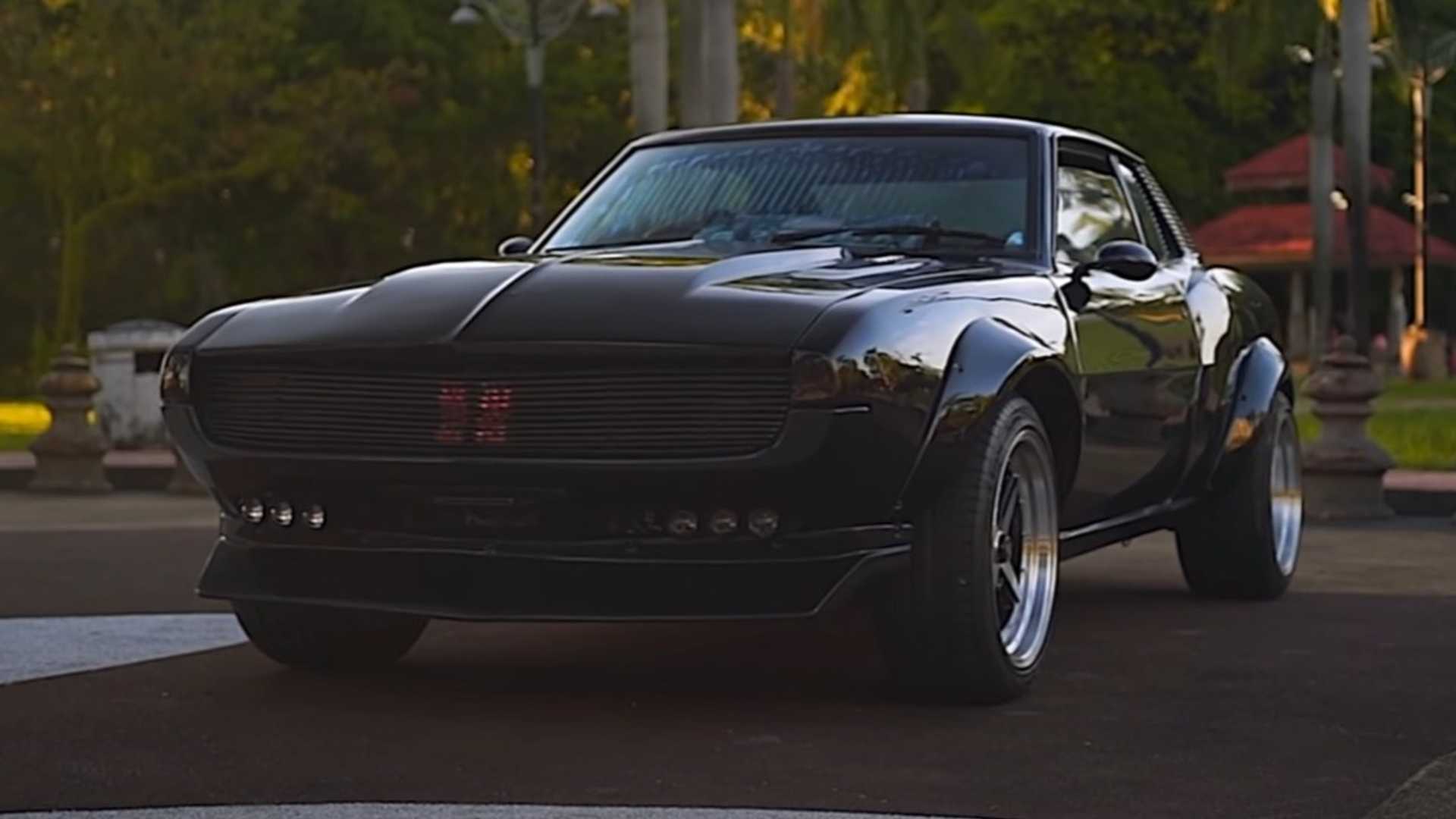 When the first-generation Toyota Celica debuted in 1970, it was released to the North American market as a more affordable and likely nimble alternative to the Ford Mustang. The Japanese sports coupe arguably had a more modern appearance, more efficient powertrains and a more advanced suspension setup. Code name TA22the original Celica was sold in the United States in three different trim levels – LT, ST and GT.

When US deliveries began in 1971, the Toyota Celica was available with a 1.9-liter engine, later replaced by a 2.0-liter unit for model years 1972-1974. In 1975 a new, more powerful 2.2 liter engine was introduced with a five-speed manual gearbox available. From 1973, a four-speed automatic transmission was also launched in the country.

With this short introduction of the Celica TA22, we would like to introduce you to one of the weirdest restomods we have seen recently. It’s from Malaysia and one of the biggest local interior tuning stores, Indoor car zone. The video at the top of this page begins with a brief presentation of the car used as the basis for the project. It’s an orange Celica with some exterior damage, missing parts and a cabin that needs a complete refresh.

What the tuning specialists did was…well, it’s hard to describe in just two or three words, and you’ll probably have to see it for yourself in the video. If you’ll allow us to give our two cents, the exterior is a bit over the top, although there are some really nice details. Examples include the stylish rear spoiler, widened wheel arches, new wheels and the custom bonnet. The illuminated grille, meanwhile, is not our cup of tea.

The exterior might not be to everyone’s taste, but we have to admit, the cabin is absolutely stunning. Fine orange leather, a pair of bucket seats and a completely rebuilt center console completely transform the interior of the old Celica. The engine start/stop button and aluminum pedal covers, however, seem slightly out of context.