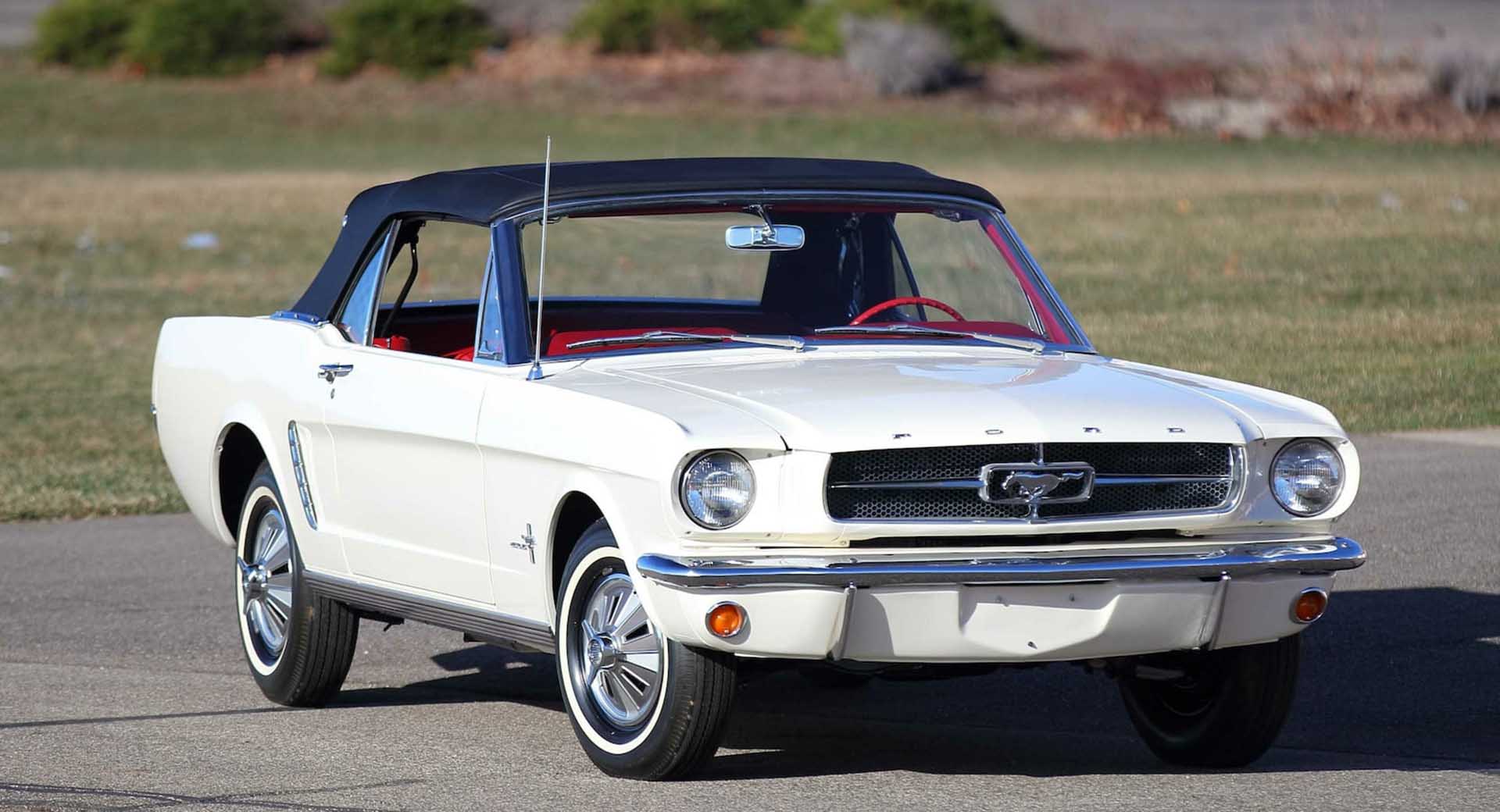 A unique 1965 Mustang is up for auction that has a surprise, but it’s not hidden under the hood, but under the body.

This Mustang was used for the Disney-designed Magic Skyway Ride at the 1965 New York World’s Fair. Eleven convertible Mustangs were used for the ride, and only three still exist. This example is the only one restored and auctioned at Mecum’s Indy May 13-21 sale.

Under the body is a special attachment point for the convertible to attach to the ride, which would take customers around a track to see several attractions. It began with a journey through a “time tunnel” in new Ford, Mercury, and Lincoln vehicles, and continued with animatronic characters such as dinosaurs, woolly mammoths, and cavemen.

There is, however, a little surprise under the hood; take a look inside and you’ll see a 200 cubic inch straight-six engine, producing just 120 horsepower. No need to waste V8 on a vehicle that will barely move under its own power, anyway.

Read more: The historic 1965 Ford Mustang Shelby GT350 was hiding in an abandoned house for decades

Carrying the serial number 5F08T383386, the pony car was built in January 1965 and bears the district sales office code 842011, indicating a special order by Ford’s Home Office Reserve for use for the ride.

Only a few things are not original for the vehicle in which the passengers would have sat; 1966 wheel covers, a 1966 AM radio with 8-track player and a bench seat were installed before being sold from Ford Resale lot “B” in December 1965. The current owner purchased the vehicle in 1978 and has retained until now.

The Mustang was meticulously restored in 2015, retaining most of its original panels and body parts. The front fenders were replaced with date-coded 1965 NOS units, as was the convertible fabric top. The odometer only shows 35,500 miles, but an estimated 5,000 more miles have been towed around the ride.

Mecum estimated the Mustang to fetch between $100,000 and $150,000, more than double the usual price for a similar vehicle without the World’s Fair provenance.

On the Town: Open Call for Oklahoma’s Next Singer