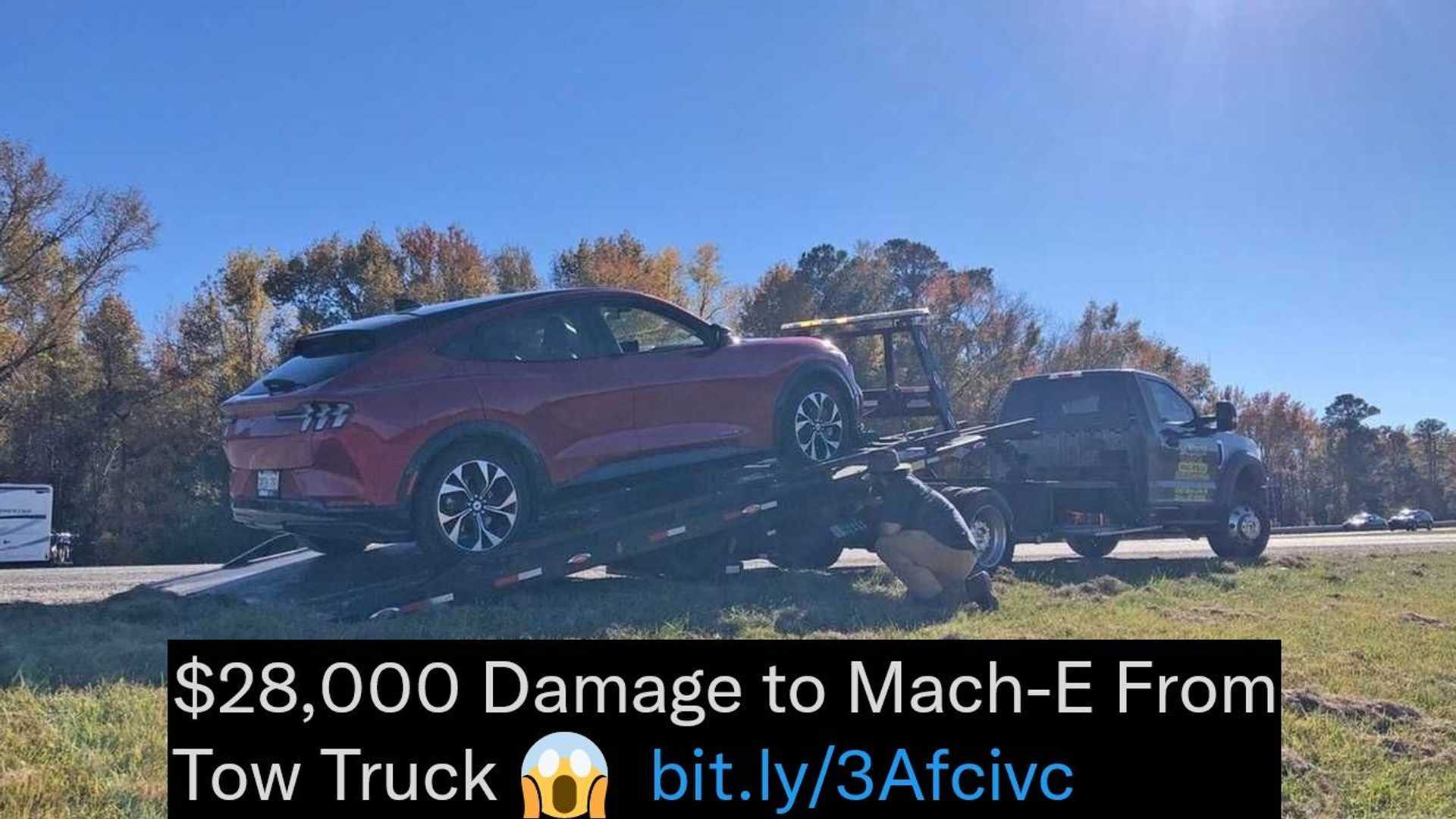 Regrettable and very costly damage to a Ford Mustang Mach-E battery caused by a tow truck was recently reported on the MachEforum.com.

Although this is just an example, it should be noted so that we can all avoid similar problems. Electric cars are still new and relatively rare, which means there are a lot of inexperienced technicians.

In this story, a Mach-E driver en route from Canada to Florida was forced to stop the car due to a “Pull over Safely” error message and lack of power. Thanks to Ford Road Side Assistance, a tow truck was dispatched to take the car to the nearest Ford dealership.

Unfortunately – according to reports – improper service damaged the battery – especially the battery rail. There could also be other issues, as the owner wrote: “It looks like the batteries are leaking,” suggesting a damaged cooling system. The forum post does not explain what caused the original “Pull over Safely” error message.

According to the owner, the car was plugged in incorrectly. See some additional images here. The result is a $28,000 bill that no one wants to take responsibility for:

“On the recommendation of Ford Customer Service, they arranged to have the car taken to a dealership in Florida. The towing company hung on the battery rail and damaged the batteries. Repair bill of 28 $000.”

The manual tells how to tow the car and how to lift the car. There are special reinforced areas specifically for this purpose.

When lifting the car, if the car lift is not positioned correctly, it may come into contact with the battery guardrail, then the battery may be damaged.

It’s actually similar to most conventional cars, although in the case of electric vehicles the battery is the most expensive part, which means it’s important to check if technicians know what they’re doing. make. 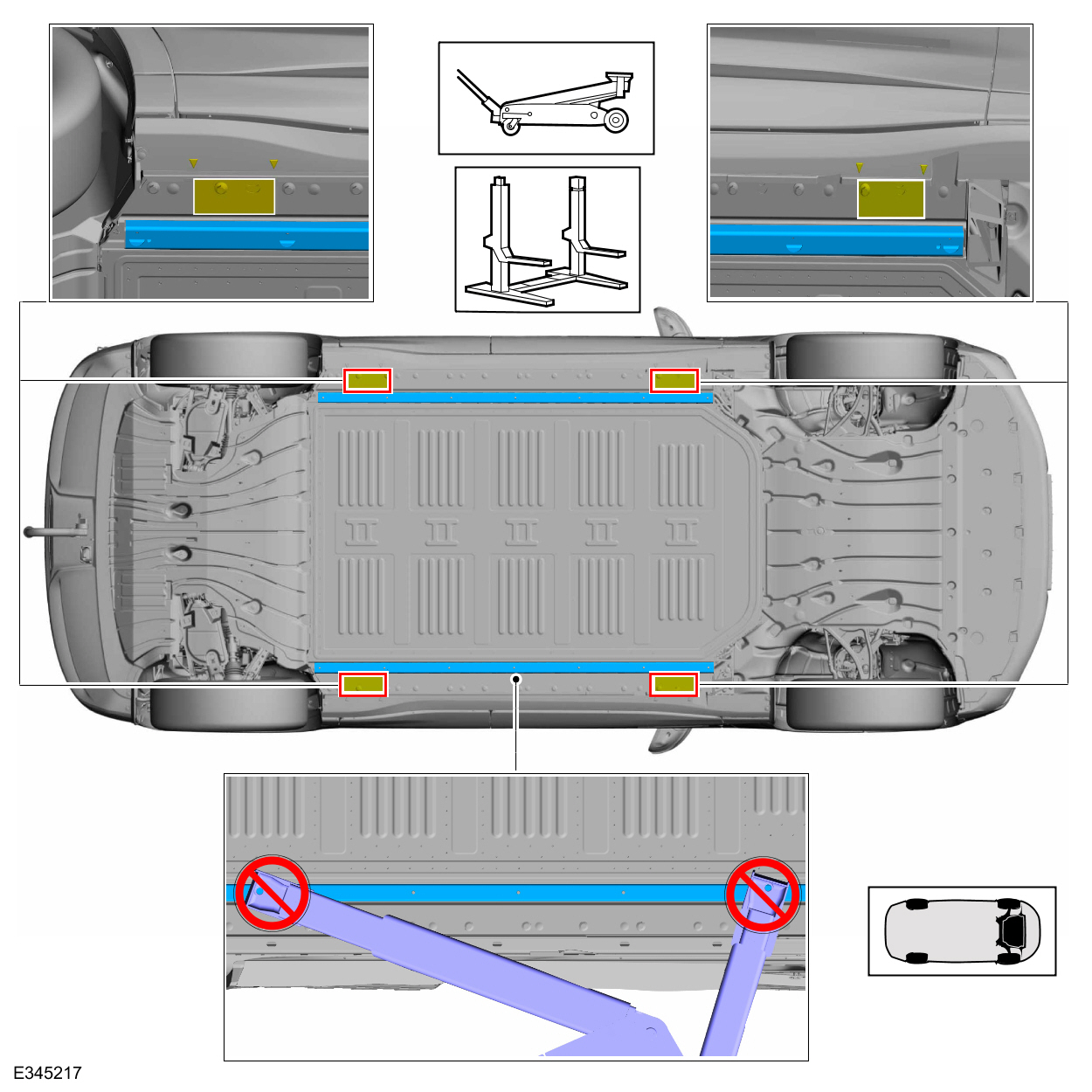