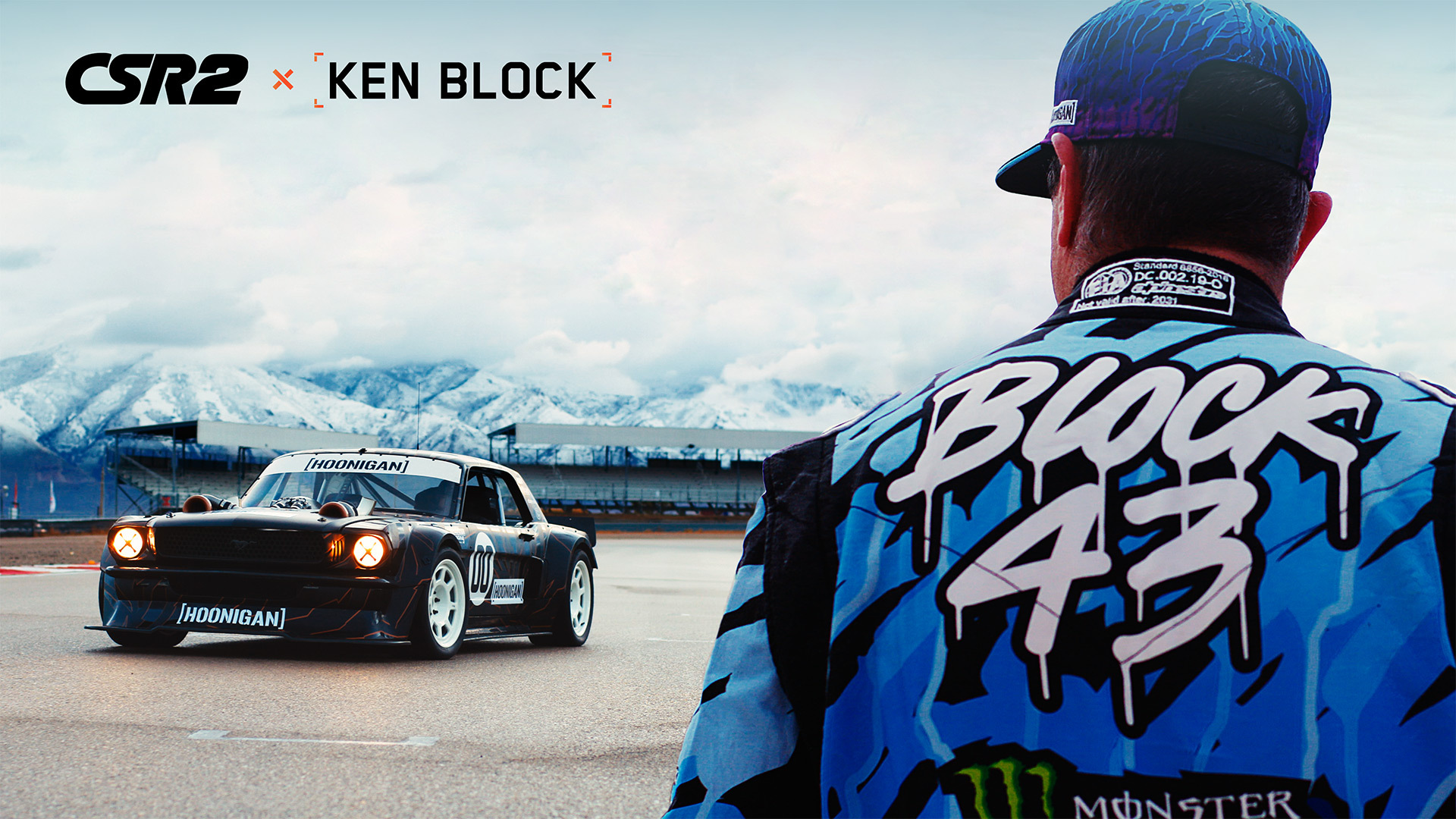 Legendary racing driver Ken Block and developer Zynga have announced a multi-year partnership for the mobile drag racing game CSR Racing 2. Under the agreement, new in-game events that will feature Ken Block, his cars and drag lessons with his daughter, Lia, will be available to CSR Racing 2 players.

The inaugural Hoonicorn vs The World: Season 2 event will be available in CSR Racing 2 from today and will end on December 7, in conjunction with the show’s season on the Hoonigan YouTube channel.

“I am delighted to launch this exciting partnership with CSR2, which allows gamers around the world to experience the thrill and adrenaline of riding the Hoonicorn from the comfort of their mobile phone. Running my daughter, Lia, in the game makes this campaign so fun for me, and I can’t wait to share my passion for racing with the CSR2 gaming community.“said Ken Block.

Starting today, players can take on Ken’s car against the 15 fastest cars in CSR2, including the Ford Mustang Cobra Jet, SSC Tuatara, and Weaver Customs’ Twisted Mistress. More importantly, players can earn in-game rewards including special coins and new upgrades through a total of 40 races.

Hoonicorn vs. The World 2 pits Ken Block’s 1,400 horses against each other AWD Ford Mustang Hoonicorn RTR V2 in straight line races against some of the fastest vehicles in the world. The event is narrated by Ken Block and his daughter, Lia. As part of the partnership, CSR Racing 2 players can get racing tips by following Ken as he teaches Lia to drag racing.

Known for his blend of aggressive handling and precision, Ken Block’s so called “hooning” will be explained in detail for CSR Racing 2 players who want to learn more about preparing for drag races. The Ken Block and Zynga collaboration will also cover the Hoonigan cars, which will be featured in the game. Additionally, Block’s actual vehicles and gear will carry the CSR2 logo.

Arizona Wild Horses Are Living Icons Of The Old West