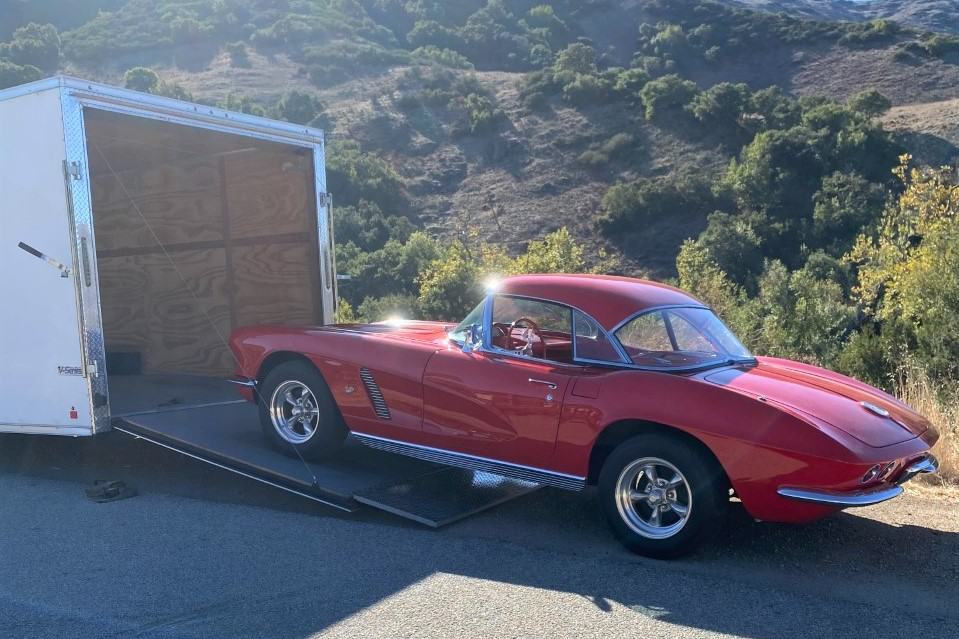 Building our own collection |

This story is about three classic cars that my wife and I bought over time. The first is a 1967 Mustang convertible that we bought about 25 years ago in Northern California. My wife and I saw the car on the road separately and fell in love with it.

We both noticed the car that night only to find it was parked in a used car lot in the small town of Paradise, CA. Yes, this is the city that was destroyed in the 2018 camp fire.

We knew the owners of the parking lot, contacted them the next day and subsequently bought the car for a little more than they paid for. Fortunately the car was not in heaven when the fire destroyed our house and we still have the car and we love it. We used it a couple of times to carry the high school prom queens around the track sitting on the boot.

Our second purchase was a 1966 Ford F-100 advertised on ClassicCars.com. I had reviewed several other similar vehicles and even had an independent reviewer inspect them for me as they were all over the United States.

We ended up buying this invisible sight from a Ford dealership in Texas. Talk about being nervous. We’ve never spent so much money on something that I didn’t kick the tires on first.

My nerves weren’t getting any better even when he arrived. We live on a narrow country road and the car transporter could not deliver the truck to us. So, we met in a large parking lot in town.

When I saw the truck in the trailer and what appeared to be a quarter-inch clearance on either side, my blood pressure nearly broke the meter. The driver was exceptional and pulled it off the unbranded truck.

The truck has won several local auto shows, and we used it recently to pay tribute to a deceased policeman by driving it through town with several hundred other vehicles sporting the blue striped American flag on the tonneau cover.

Our third purchase was a fluke. I watch ClassicCars.com almost daily and while searching I saw an ad for AutoHunter.com, which had just started. I visited the online auction site and saw a 1962 Corvette up for auction. The auction was reasonably priced at the time and there was less than 24 hours left until the auction.

We discussed it and decided to put our 2 cents in it – well, really over 2 cents, but you get the idea. We have seen the auctions continue to climb to their peak and beyond. A little bittersweet, we didn’t get it, but there had to be a reason.

Well, about an hour later, while I was in a grocery store, I got a call from the management of AutoHunter. First off, I thought they were just asking how I liked the site and the bidding process, but I was wrong.

The other parties that bid on the Corvette could not complete the purchase, so this is my highest bid if we wanted. We took the car, again invisible, and this time we didn’t have time for an inspection.

After chatting with the seller and his friend, a car transporter, we felt more comfortable with the purchase. It was brought into my driveway in a closed trailer for a single, undamaged car.

I put license plate frames with my wife’s name on it and told her that after more than 38 years of marriage, I no longer need to buy her any gifts. If you think I have this bridge for sale, give me a call!

I would love to attend an auction in person at some point, but it will have to be without my checkbook as I am out of garage space.

Got a classic car with a story to share? It’s easy. Just go to this link, fill in the information and submit your story.

Where to watch the big race roll in Owensboro, Kentucky