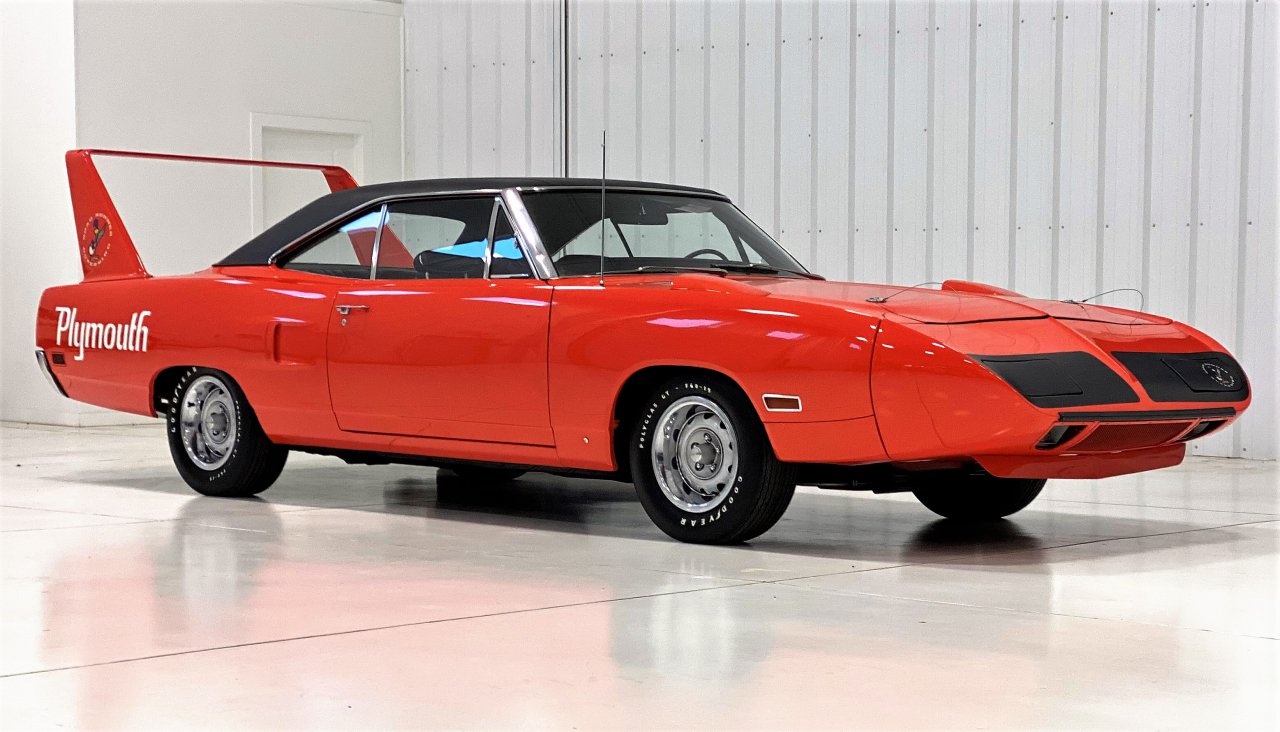 A wide selection of “exceptional” large block muscle cars will be offered without reservation at the Barrett-Jackson auction in Scottsdale, run by a 1970 Plymouth Hemi Superbird survivor that only traveled 6,000 miles and a well-documented 1967 Chevrolet Yenko Super Camaro 427/450 .

50 from Barrett-Jacksone anniversary is celebrated at the event, which takes place Jan. 22-30 at the WestWorld Event Center, after being postponed for a year due to the pandemic – the auction company founded by Russ Jackson and Tom Barrett hosted its first Scottsdale vintage car sale in 1971, and every year since.

The Superbird is a prime example of a top-notch, well-preserved muscle car, outfitted with spectacular aero parts to add speed in NASCAR racing and powered by Mopar’s legendary 426/425 horsepower V8 Hemi. Barrett-Jackson calls it “one of the finest original examples that still exist.”

“Classic American muscle cars with big blocks are the epitome of bold ideas and great advancements in engineering and performance, â€said Craig Jackson, President and CEO of Barrett-Jackson, in a press release. â€œWhen first introduced, the Superbird was largely overlooked by buyers as it was developed more as a cutting edge aerodynamic experience for American racing.

“This original Superbird will be part of the Crown Jewels sold at our Scottsdale auction.”

The version notes that the Superbird, with its pointed nose and towering rear spoiler, has all the right ingredients for performance and collection.

The Yenko Camaro “began life as one of the 1,138 Camaro L78s built in 1967 and was upgraded to a Super Camaro in July 1967 after being shipped to Yenko Chevrolet,” the statement said.

“This muscle car retains the original VIN plate and hidden VIN hood stamp as well as certificates of authenticity, copies of the Yenko conversion, dealer invoices and a copy of the original shipping record.”

Steve Davis, president of Barrett-Jackson, pointed out that the power wars between American manufacturers have given rise to spectacular muscle cars.

â€œThe big block American muscle cars started a performance war between American manufacturers that has become the genesis of some of the most competitive races of our time,â€ said Davis. â€œThe Mustang Boss 429, for example, was Ford’s effort to homologate its new engine in passenger cars in order to qualify for the Grand National division of NASCAR so that it could better compete with other manufacturers.

â€œThe big blocks were much more than just a cruise entry on Saturday night; they were built to test the limits of racing and some of the best examples will be at our Scottsdale auction.

A trio of 1969 Ford Mustang Boss 429 fastback coupes will drive through the block, a Candy Apple Red example that has been restored to competition condition and fitted with a close-ratio 4-speed manual transmission; an unrestored fastback with original paint, transmission and other special features from the Boss 429; and a Wimbledon White car with a close-ratio 4-speed differential and Traction Lok.

Four 1970 Chevelle LS6 Super Sport models powered by GM’s mighty 454cid V8 will also make thunder through the block. A fully restored convertible with its LS6 engine matching the numbers and Turbo 400 automatic transmission; an award-winning Chevelle with its 454 mated to a Muncie M22 Rock Crusher 4-speed manual transmission with 4.10 speeds and positive traction rear axle; a recently restored SS Daytona with a yellow finish and an automatic transmission; and an unrestored fully original LS6 with only 11,679 miles on the clock.

For more information on the Barrett-Jackson 50th Anniversary Sale in Scottsdale, visit the auction website.