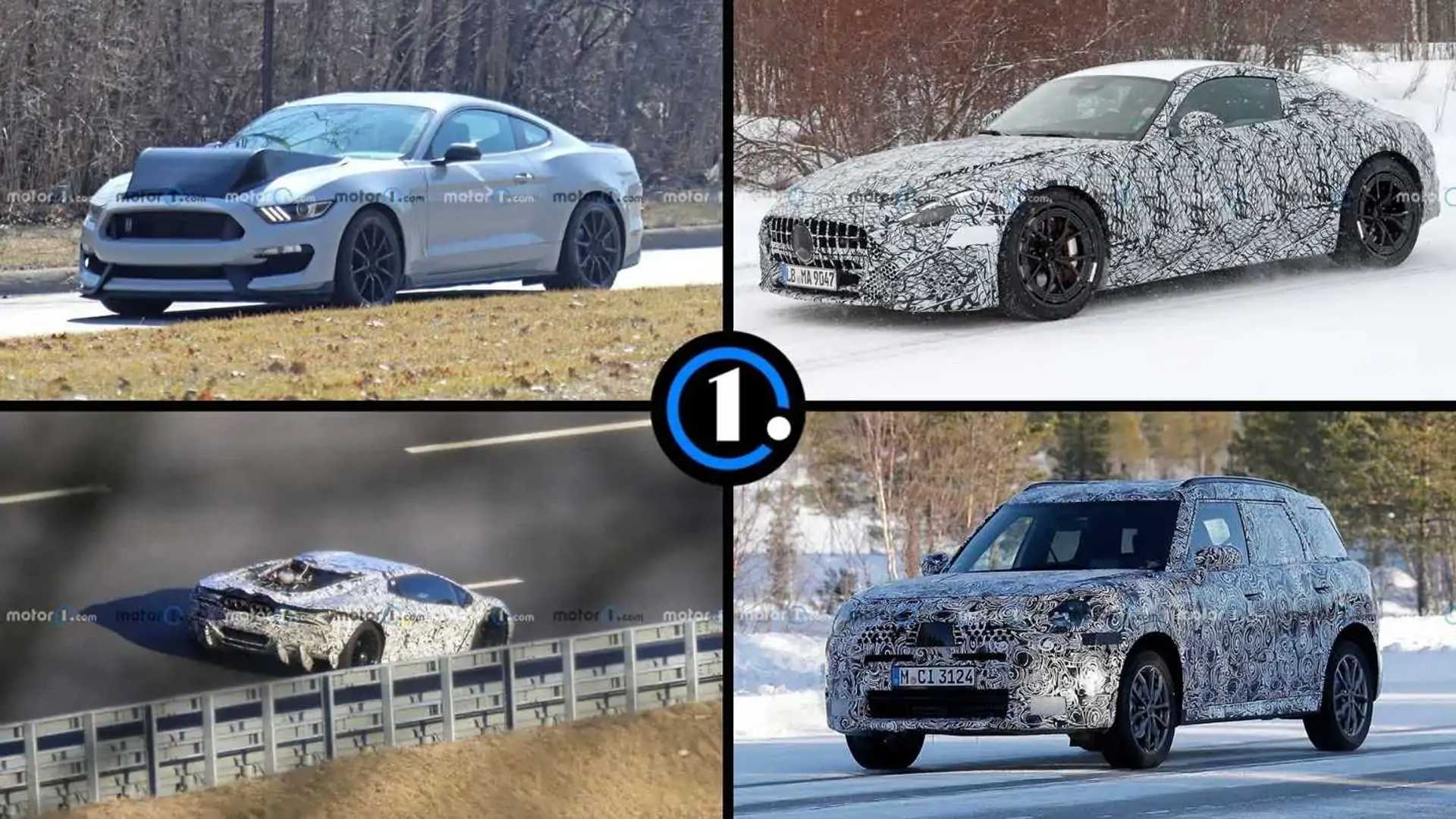 Best spy shots of the week of March 7

Motor1.com puts up spy photos of upcoming vehicles virtually every day and sometimes more than that. If you want to stay on top of what’s on the way, check out this list of all development vehicle previews from the past week.

New Chevy prototype spied, could it be a crossover coupe?

Here is a real mysterious machine. We’re pretty sure this is a Chevrolet crossover test mule. Unfortunately, we don’t know what the company is developing. It appears to have a coupe shape, however.

Yes, that’s a big hood bulge. Speculation is that Ford is developing the engine for the next-generation Mustang Cobra Jet dedicated drag racer. Although we don’t know anything for sure yet.

Spy tests of the Mercedes-AMG GT coupe in two versions

This batch of spy photos includes what we believe to be the GT 53 and GT 63 variants. The model shares underpinnings with the new SL, but Mercedes positions it as a sportier vehicle than the convertible.

The Mercedes-AMG range will be increasingly electric in the future. This E53e has a charging port to tell us that this one is a plug-in hybrid. The engine of this one could have up to 600 hp (447 kW).

Mercedes dresses this next-gen GLC in a stylish camouflage that uses the brand’s star emblem to conceal the upcoming crossover.

Here is the new generation of the Mini Countryman. It shares BMW Group’s FAAR platform with the BMW 2 Series Active Tourer and the upcoming X1. The design seems similar to the current model.

This top-of-the-range station wagon is an old-generation Peugeot 308 that the brand is using to develop a new product. We don’t know what the automaker is developing, but it appears to be a future crossover.

The VW ID. Buzz debuted earlier this week. The company is still doing some development on the van. However, he no longer needs to camouflage the vehicle.

Movie Cars From ‘Ghostbusters’, ‘Batman’ and More Are on Display in Los Angeles