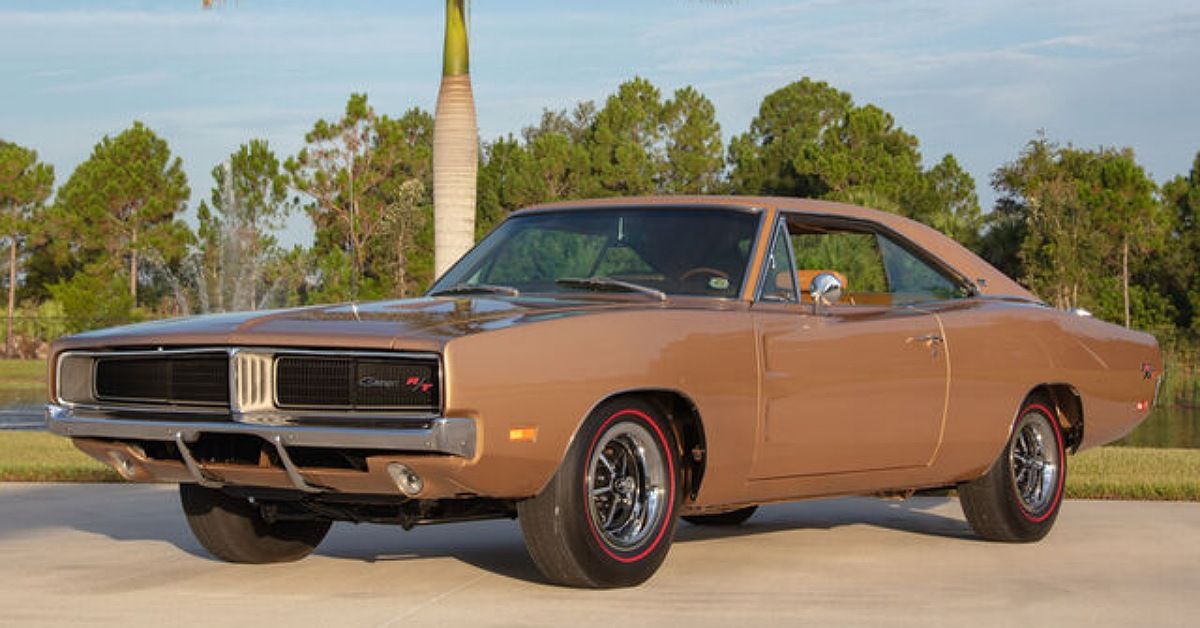 Dodge could no longer ignore the protests of Dodge dealerships, decimated by the sales of the new Ford Mustang in 1965. Dealerships asked Dodge for a “Mustang killer”, preferably for a market other than the small Valiant-based Barracuda. Dodge’s answer was the 1966 Dodge Charger.

The first generation Dodge Charger had one of the industry’s widest fastback roofs and rear windows. It was huge, flagstone and had a luxurious interior. The interior featured four bucket seats, a cab-length center console, leather, and woodgrain. The first-generation Charger was an experiment, a premium vehicle without the Chrysler brand that was presumably aimed at a younger demographic.

Let us tell you more about this incredible muscle car through the best features of the 1969 Dodge Charger R/T.

The R/T is a performance designation used on Dodge vehicles. The introduction of the Charger R/T (Rush & Track) was aimed at targeting users in need of a powerful adrenaline rush at an affordable price. To achieve this, the 440 four-barrel V8 provided the base power, while the stout suspension handled the handling. This technique was so impressive that it was continued until 1969 with resounding success.

Charger R/T models come standard with more powerful engines, updated suspensions, performance tires and upgraded brakes. It also had sportier trim, distinctive paint schemes and racing stripes. On 1969 Charger R/Ts, the 440 Magnum engine was standard, with the NASCAR-inspired 426 Hemi engine available as an option. Because only 432 Hemi Chargers were built, they are extremely rare. Several documents released by the Dodge division of Chrysler Corporation show that a total of 18,776 Charger R/Ts were built in 1969, of which only 432 received the 426 Hemi.

To compete in the emerging muscle car fashion, Dodge needed a mid-size automobile. As a result, Dodge Studios created the new Dodge Coronet for 1966. The Charger was created by modifying the deck lid, roofline, side panels and grille. The automobile was updated in 1968. New hood and trunk lines, scalloped doors and a Coke Cola bottle side profile were also part of the changes. The new Charger was a hit and quickly became a classic.

Charger remained unchanged for 1969 except for a few minor changes. The redesigned front grille with a center splitter was the most visible change. There are also new horizontal taillights. The bumblebee stripe on the back has also been modified.

Now each quarter panel has a cutout of the R/T logo in the middle of a large stripe in the middle of two smaller stripes. Without the stripes, each quarter featured a metal R/T symbol. A a new SE (Special Edition) trim option was also introduced for 1969, which was available on both the R/T and Standard Charger variants. Leather front seats are included in the SE level. The dash, center console and steering wheel all have wood grain, as do the chrome rocker moldings. The SE trim made the Charger more opulent. A new sunroof option was also available for the 69′.

In nearly 40 years, the 1969 Dodge Charger R/T has remained one of the most well-known classic American Muscle Cars of all time. Because the car has appeared in several movies and TV shows over the years. The General Lee was a bright orange 1969 Dodge Charger R/T that featured in The Dukes of Hazzard television series. Each episode featured the Orange Charger performing incredible jumps. For the TV show, about 300 General Lee automobiles were built.

However, the majority of them got shipwrecked doing stunts. The TV show aired from 1979 to 1985, and the shiny orange 1969 Dodge Charger R/T became one of TV’s most iconic cars. In 2005, The Dukes of Hazard The film again featured the Orange Charger.

Related: That’s How Much a 1969 Dodge Charger Is Worth Today

According to JD Power’s National Automobile Dealers’ Association, a mint 1969 Dodge Charger 440 R/T with a manual transmission is worth at least $46,500, and an automatic transmission is worth at least $57,105. However, since there are so many chargers made, there are plenty of cheaper choices. Some muscle car fans even buy base 1969 Chargers and convert them into V8 R/T “tribute” vehicles. Others create Restomods that pound the pavement. On the other hand, you can get high-quality 1969 Dodge Charger R/Ts for anything between $50,000 and $120,000.

Pricing for the 2020 Chevrolet Corvette Stingray Has Been Announced, and It’s a Bargain

Hi, my name is Wyse and I have been producing stellar automotive items for over three years. HotCars my domain and I am looking to claim a major claim. Ciao!