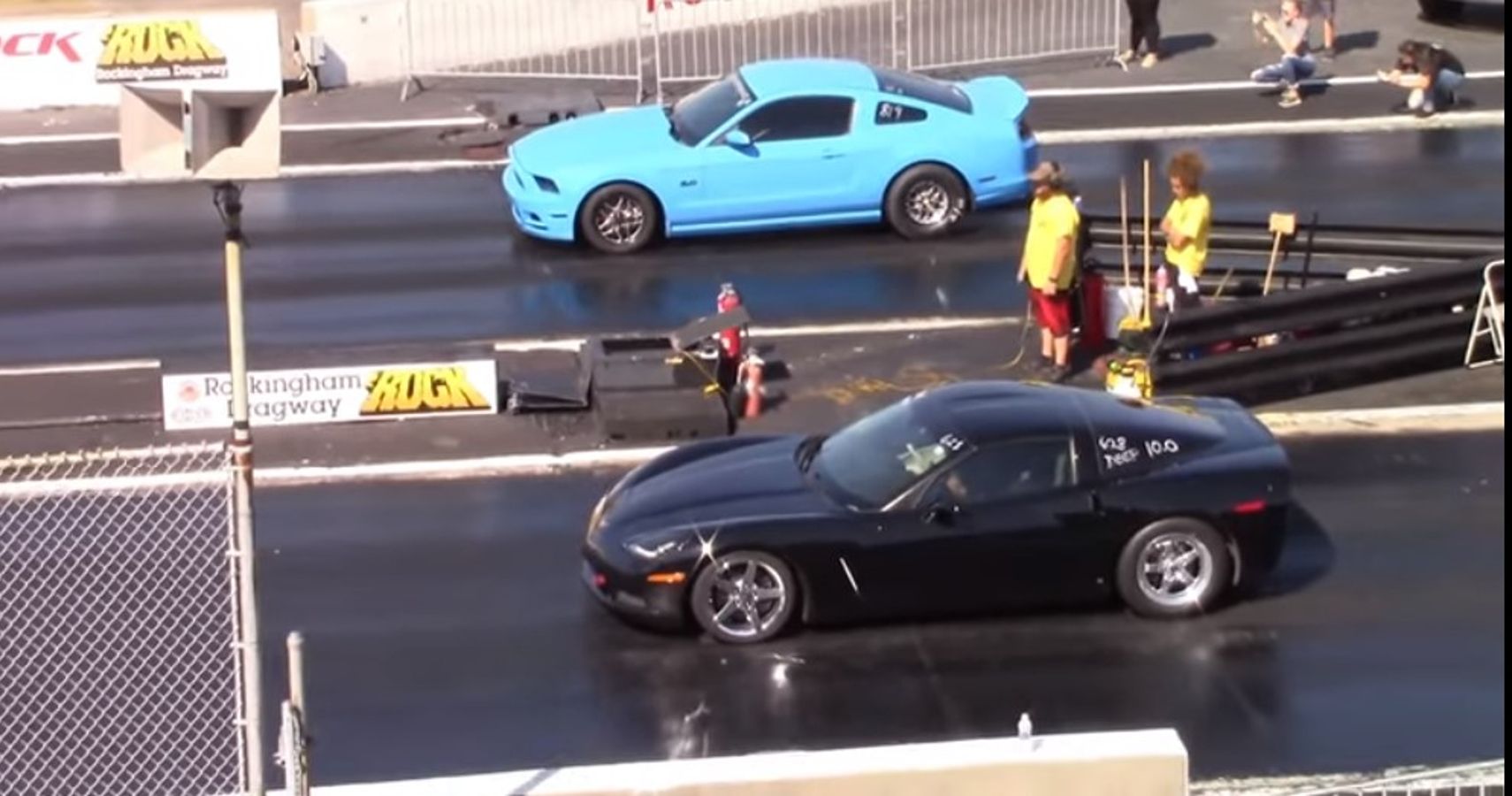 Work hard and have fun doing it. It’s the American way. After a long work week, Americans turn to many forms of entertainment, but for gearheads, the focus is on the race.

Fortunately, Drag racing and car stuff The YouTube channel has all the high-powered, adrenaline-pumping action we need. In their latest upload, we’re spoiled for choice with some American legends. The Chevy The Corvette, Camaro, and Ford Mustang all go 1/4 mile as fast as they can for good old American fun.

Ford Mustang GT in the bag

Our protagonist in the video is a supercharged black Corvette C6 pulling into the left lane. Next to it is a Grabber Blue S197 Ford Mustang GT. Although we don’t know what’s under the Mustang’s hood, we can see that it sits on large drag radials in the rear.

The tree turns green after 20 seconds into the video and the Corvette springs into action. The Mustang gets off to a late start and seems to struggle in first and second gear. The Chevy crosses the line first with a time of 9.967 seconds at 137.27 MPH while the Mustang receives 10.479 seconds at 136.65 MPH.

The Corvette pulls up again in the left lane against a classic late ’60s silver Chevy Camaro SS. The car has a hood as well as ultra-wide rear trail tires. After the burnouts at 1:15, the two line up. Just ten seconds later, the two take off with great reaction times. However, the Corvette takes a slight lead.

The final race sees our protagonist Chevy Corvette racing the track alone. Choosing the preferred left lane again, the Corvette performs an incredible burnout. the Corvette leaves the line at 1:53 and the rear can be seen squatting as the front wheels almost lift off the ground.

He crossed the line with the fastest time of the day clocking in at 9.854 seconds at 134.23 MPH with presumably a big smile on his face.

Are the trade-offs between petrol and electric vehicles really worth it for most drivers?