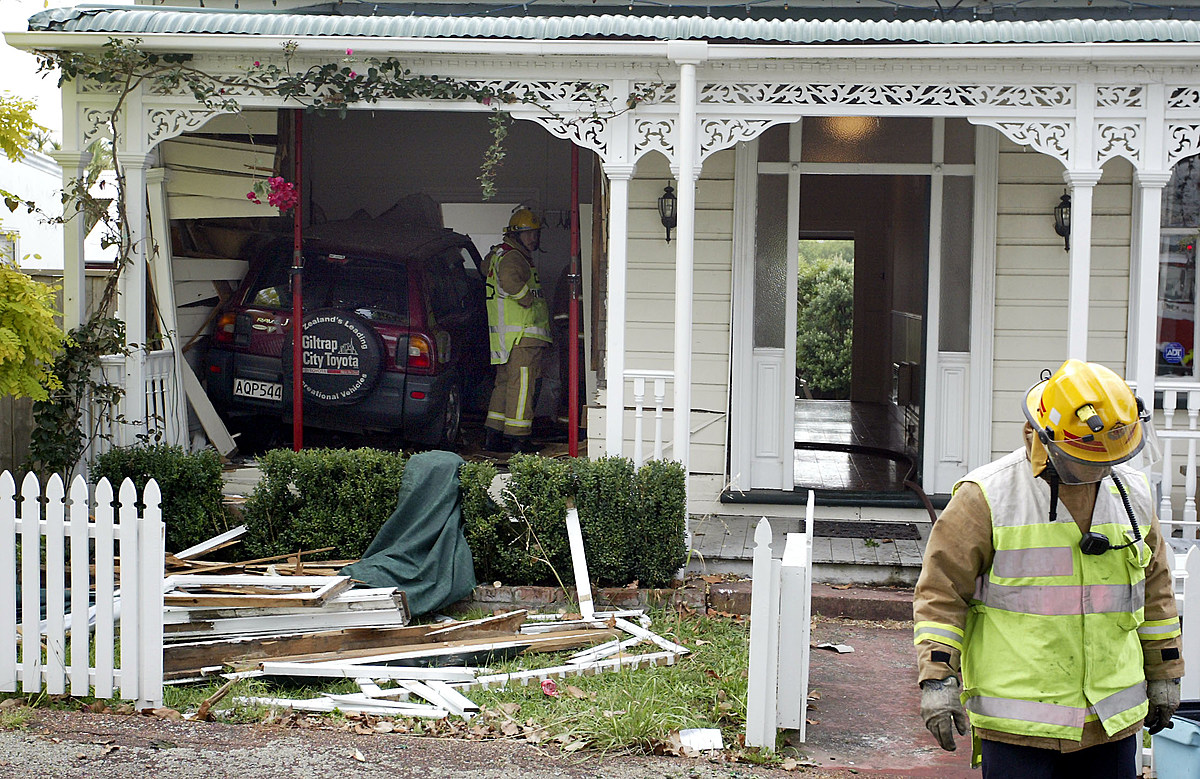 As my son prepares for his driving test, I really should stop watching stories like that of Milltown. A four-family house on Main Street underwent unscheduled minor renovations at 4 a.m. Saturday. According to the police, a car left the roadway and crashed into the house, demolishing the porch.

Everyone was moved for the next 10 hours according to officials as they checked the integrity of the structure. Somehow no one inside was hurt and it appears the driver only suffered minor injuries.

But that doesn’t happen often, does it?

On the same day, at 8:30 p.m., an SUV crashed into the front of a furniture store in Elmwood Park according to law enforcement. It came to rest inside the showroom where several customers and store employees as well as the driver escaped injury, police said.

So how hard is it not to hit a huge building that’s completely still? Judging by the following stories, quite difficult. Click on the titles to see more.

The opinions expressed in the above post are those of New Jersey 101.5 talk show host Jeff Deminski only.

You can now listen to Deminski & Doyle — On demand! Listen to New Jersey’s favorite radio show every day of the week. Download the Deminski & Doyle show wherever you get podcasts, on our free app, or listen now:

UP NEXT: See how much gas cost the year you started driving

The 10 Most Stolen Vehicles in New Jersey

50 Most Popular Restaurant Chains in America

YouGov surveyed the country’s most popular restaurant brands, and Stacker compiled the list to give readers context for the findings. Read on to browse the wide and varied variety of American restaurants. You might even find a favorite or two.