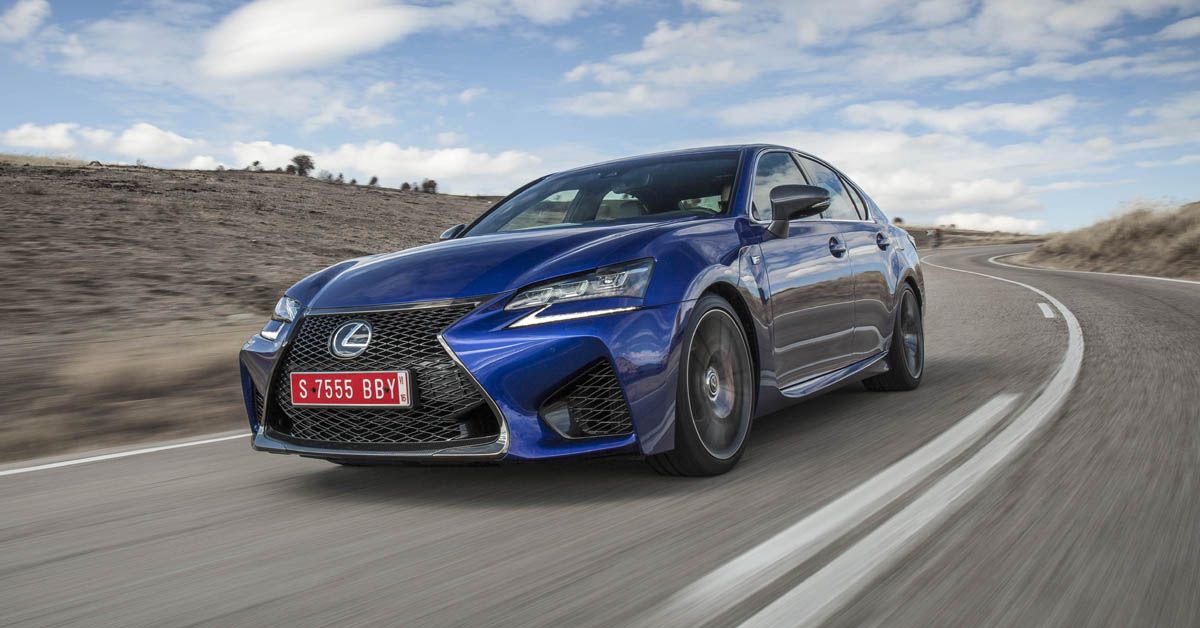 Modern performance cars are built to do many things and to compete with many cars – sometimes even those outside their own class. As such, automakers need to make sure their cars are dependable and dependable when the inevitable head-to-head happens.

Modern cars are almost all identical in the sense that they mostly offer the same functionality and reliability. They have to, otherwise the cars will just be ignored and the company will stop making them. Some cars are so well thought out and built that they don’t require much maintenance outside of the recommended amount, like most Lexus products. Then there are others who may have been rushed into production or those using substandard parts or techniques resulting in more visits to the dealership shop than anyone cares to count – like some Chrysler models.

So while many cars are built quite well and can last a long time, some just require extra maintenance, often resulting in high bills. With that, here are five modern performance cars that almost never break down and five that we wouldn’t touch with a ten-foot pole.

The Mazda MX-5 is one of the best sports cars currently on sale. It’s relatively fast and has quick acceleration, but its main positive attribute is the fact that it’s fun to drive, whether on a twisty back road or a long, straight highway.

As well as being fun to drive, the MX-5 is a pretty reliable sports car, thanks to its relatively basic design and engineering. The car has a naturally aspirated inline-4 and some tech in the cabin, but that’s about it. The standard transmission is even a manual!

Related: This Is What Makes The 2022 Mazda MX-5 Miata So Special

9 Not so reliable – Maserati Ghibli

The Maserati Ghibli isn’t a terrible car, but it’s not one we’d choose – not when the Quattroporte exists. Additionally, the styling of the Ghibli and Quattroporte is almost exactly the same, with minor tweaks and a slightly shorter body in the Ghibli.

As well as the slightly lackluster styling, the Ghibli also suffers from typical Italian reliability, which means it has fit and finish issues, as well as transmission issues. Strangely, the brakes also have issues, although the same brakes on the Quattroporte generally work well.

The Ford Mustang is one of the staples of the automotive industry, so it should be as reliable as possible. This is seen with the S550 Mustang, which follows the Mazda MX-5 sports car approach – to put it relatively simply.

The Mustang GT with the 5.0 liter Coyote The V8 is the most reliable in the lineup, with a naturally aspirated engine that sends power to the rear. The current Mustang GT is only available with a 10-speed automatic, but a manual is available in the Mach 1. Overall, the Mustang is quite a reliable vehicle.

Related: These Are Sixth-Generation Ford Mustang Model Years You Should Avoid Buying

seven Not so reliable – Fiat 124 Spider

The Fiat 124 Spider may be based on the Mazda MX-5 platform, but the Italians have made quite a few modifications to the chassis to accommodate a new engine and their own systems. As a result, the 124 Spider is somewhat less reliable than the standard MX-5.

The engine is a 1.4-litre turbocharged inline-4 from the 500 Abarth, which produces slightly more power and more torque than the naturally aspirated units. The automatic folding roof mechanism can also experience problems and the car’s entire electrics can become faulty in true Italian style.

The Nissan 370Z is one of the most economical Japanese sports cars to buy, along with its 350Z predecessor. The 370Z featured a naturally aspirated 3.7-liter V6, powering the rear wheels only through a manual transmission. The 370Z also has plenty of aftermarket parts that could make the car even better.

As with most cars, if the recommended maintenance schedule is followed, the car will last quite a long time. It’s the same with the 370Z, which will continue to provide owner enjoyment and pleasure for as long as the car lasts.

Related: 10 Reasons Every Gearhead Should Drive A Nissan 370Z

5 Not so reliable – Porsche Cayman

Surprisingly, the Porsche Cayman has some reliability issues. While many owners drive their Cayman from new without any issues, there have been instances where vehicles have been completely rebuilt.

The issues are mostly engine and electrical related, with turbocharger splatter and faulty electrical issues. This isn’t new to Porsche as the 928 was known for its electric gremlins which usually all gave out spectacularly at once.

The Chevrolet Corvette C8 has only been released since 2020, but so far it’s shaping up to be a pretty reliable sports car that can easily take on Ferraris and Porsches. The C8 Corvette suffered from a few build quality issues when the first ones left the factory, but that has largely been fixed.

Some owners have also complained that the transmission is not working properly, however, GM has addressed this issue and is continuing to address the initial issues – promising a better product when the Z06 officially launches. In hindsight, the Corvette C8 also gets pretty good fuel economy for a naturally aspirated 6.2-liter V8.

Related: 10 Things to Know Before Buying the 2022 Chevrolet Corvette

The Nissan GT-R R35 is, overall, a pretty reliable car. The main problem is that it requires almost constant maintenance in order to maintain its reliability. The multitude of computers and other such systems to keep the car running smoothly is truly staggering, and they need to be maintained properly.

Thanks to the brutal performance, some parts can wear out quite quickly. Maintenance costs are also a bit higher than normal cars or other cars in its class, with parts being expensive and relatively hard to get – even though this is a spectacular piece of engineering Japanese.

The Lexus GS F is probably one of the most reliable performance-oriented vehicles. Lexus almost always tops reliability surveys done every year, and they’ve held the “most reliable car” title for at least two years. with their GX – the SUV based on the Toyota Land Cruiser Prado.

The GS F might have been a little dated when it was in production, lacking newer technology, but it was a great car nonetheless. The glorious Yamaha-tuned 5.0-liter naturally aspirated V8 made all the right noises, and the build quality and refinement were impeccable. It makes you wonder why Lexus doesn’t make another one.

1 Not so reliable – Ford Focus RS

The Ford Focus RS tops most people’s lists of favorite hatchbacks, alongside the Mercedes-Benz A45 AMG and the Audi RS3. The latest Focus RS featured a special 2.3-liter turbocharged inline-4, sending power to all four wheels via a 6-speed manual transmission. It also had a “drift mode” for some cheeky fun on the side.

Unfortunately, the RS’s engine likes to blow its own head gasket, resulting in a plume of smoke and a costly repair bill. The engine block has also developed cracks, leading to further problems – and that on cars that have done less than 3,000 miles! The worst part of it all is that Ford was aware of the issues and did nothing to fix them. They replaced the ruined engines under warranty, but when the warranty expired, the owners had to fix the problem themselves. The Focus RS is really cool, but that’s why we wouldn’t go anywhere near a car like this.

Billionaire George Soros invites himself to Elon Musk and Ford

Kevin Harvick doubles up with NASCAR Cup win at Richmond