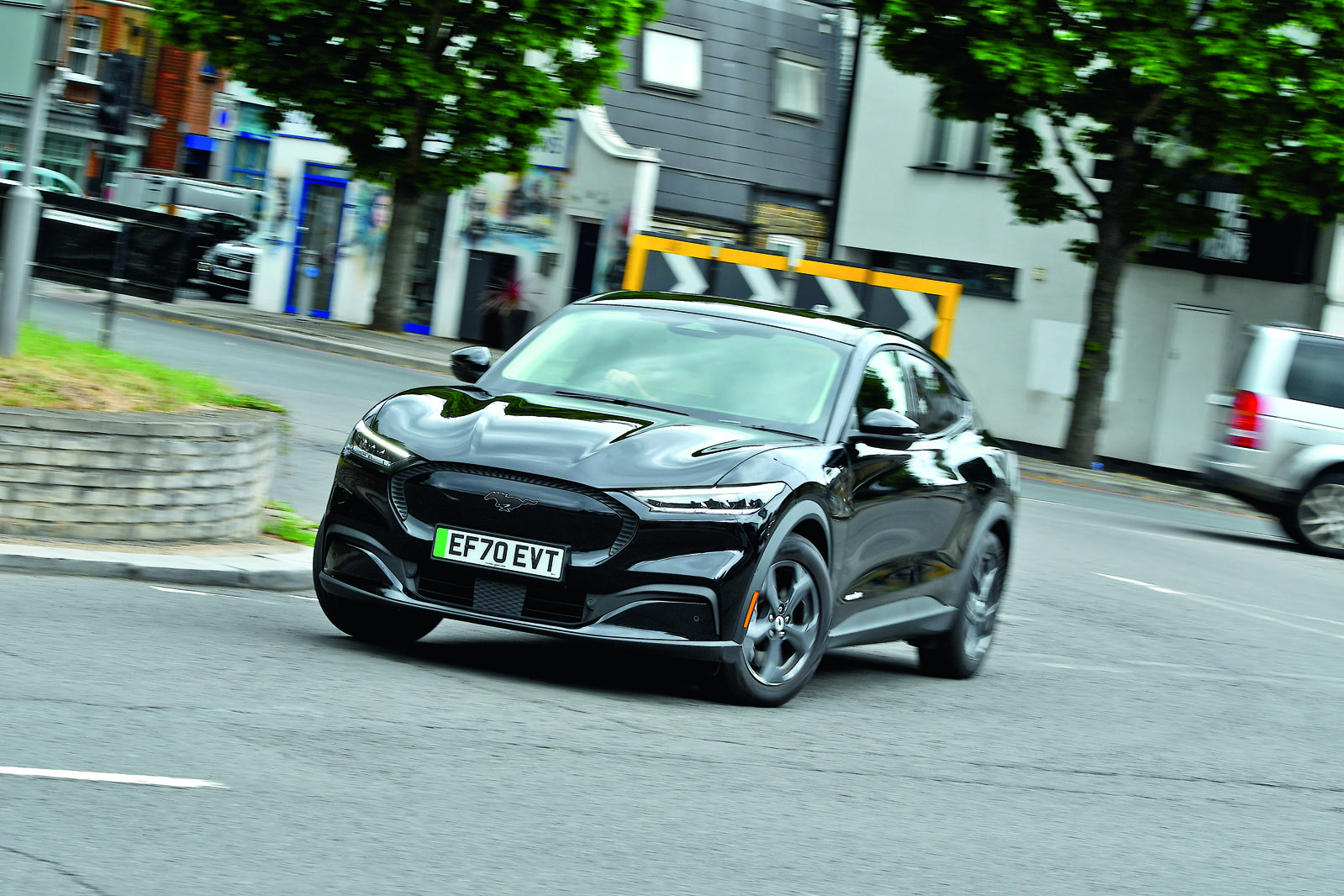 The good news is that the reaction so far has been good, from our own four-star road test verdict to impressive sales figures worldwide. In terms of perception, at least, Ford is now considered – pretty much – on the pace when it comes to electric vehicles.

As for the two, however, after over 1500 miles behind the wheel of this already well-tested Mach-E (it arrived with 8000 miles on the odometer), I already have a strong feeling that this is a car that will reveal its characteristics – both good and bad – over an extended period of time.

One I’ll point out right away, as I think most drivers will notice the same thing in a short amount of time, however, is ride quality. I’ve seen it described by an overenthusiastic reviewer as “beautiful”, but I just can’t agree. In anything other than its sweetest setting,

it’s everything from unstable to downright uncomfortable. Bumps and knocks eat away at your neck and chest to the point that even my passengers have been talking about it and I started wondering if I could live with it.

Switching to the so-called Whisper setting, however, brought respite. It’s still far from perfect (and that in itself is a sad sentence for me to write, given Ford’s reputation for ride and handling superpowers), but that’s on the good side of handling , although it’s still far, far from beautiful on any road of any type that I put it down. Maybe that moment of enlightenment will come at some point, but I doubt it.