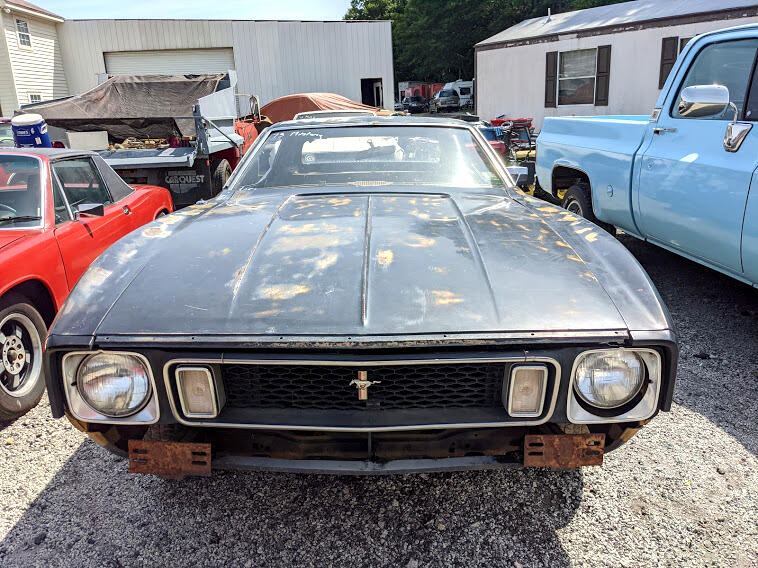 By Robert M. Schneider Last updated Sep 29, 2021
0
Share
Finding a Mustang that looks like a solid candidate for a full restoration isn’t that difficult, but on the other hand, getting your hands on a model that is still original and complete is certainly not as easy as it sounds.

And the 1973 Mustang we have here is just living proof of that.

As you can easily see by just looking at the gallery photos, this 1973 Mustang is not in its best shape, although on the other hand it looks like someone actually wanted to start a restoration process. but gave up at some point along the way.

The people of Classic Cars of SC (classiccarsofsc on eBay) claim the car “comes with many new parts,”And this also seems to suggest that a restoration process has already started.

But on the other hand, no further details were provided, and as you can easily see, most of the interior has already been removed.

As for what’s under the hood, you might be disappointed. The engine has apparently been removed, although we don’t know if the previous owner wanted to rebuild it and the powertrain is still there, or if you’re just buying a roller.

In the end, it’s hard to decide if this Mustang is worth a second chance or not just by looking at the photos, so you should contact the sellers for more information including how many parts are missing and if the engine is still on. there or not.

The garage hopes to get $ 6,500 for the car, and some financing options are also available.