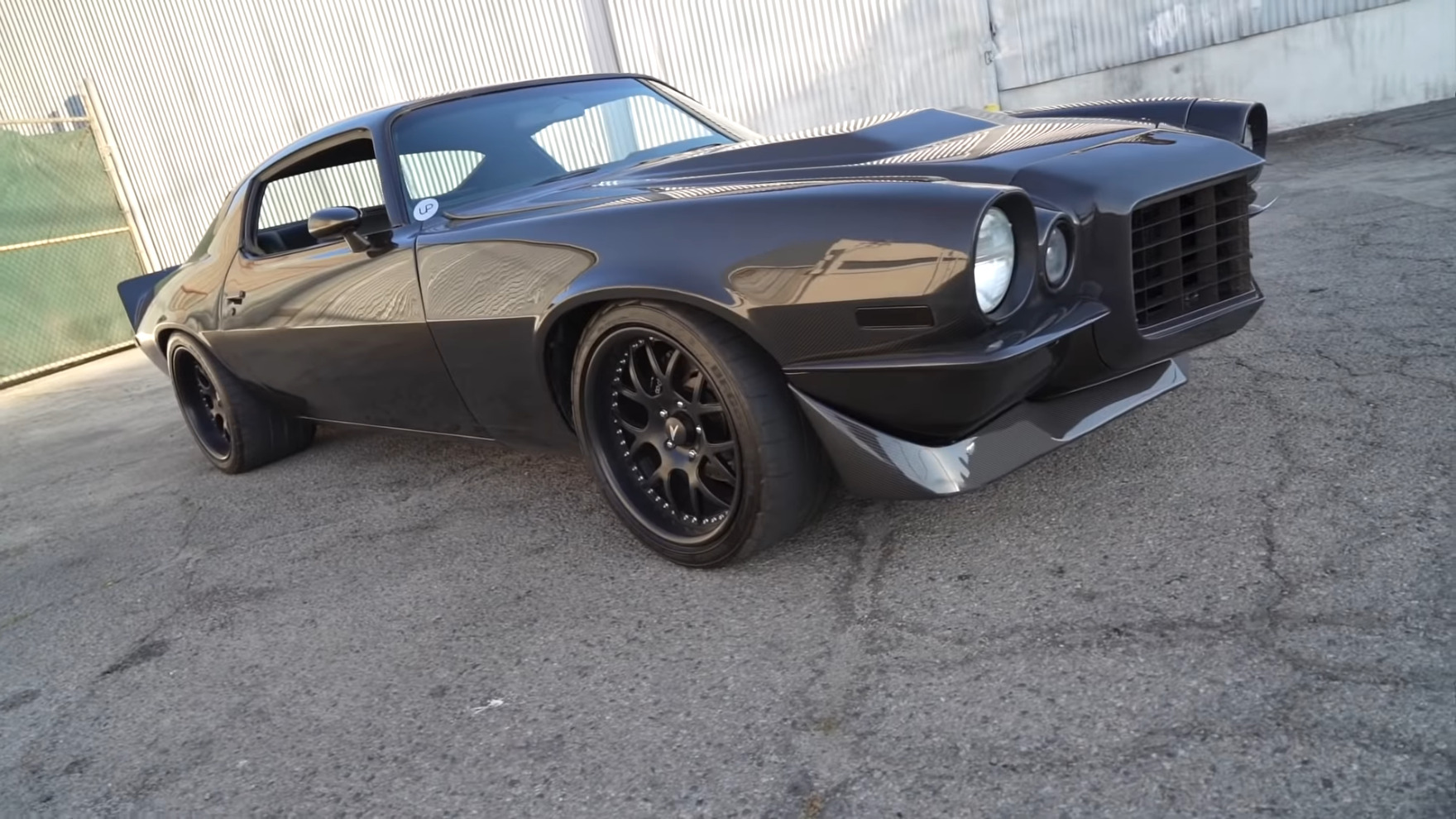 A 1973 Chevrolet Camaro Z28 is already a pretty cool car. It has an attitude and look unlike any other boxy ponies of the late 1960s. But this restoration build takes all those familiar lines and wraps them in modern technology.

The last time AutotopiaLA had a classic car with so much carbon fiber, we were looking under the paint of some Eleanor’s licensed recreations. But it looks like the Camaros can replace their bodywork with lightweight racing car technology as well.

Chevrolet was doing pretty well in the 1960s. However, Ford had invented a whole new segment with the popular new Mustang, and the Camaro was GM’s retaliatory response. Early models couldn’t quite beat Ford’s pony, so just three years later the 2nd generation Maro was introduced.

This is what it is about here, easily identifiable by the â€œfish faceâ€ headlights which are pushed out of the grille. It also has a faster rear end. The Camaro and Mustang rivalry continues to this day, and we can’t help but feel that this restoration tries to embody the track-oriented spirit of an all-new ZL1 1LE.

Unfortunately, the carbon fiber was already on the car when the new owner got it, so that’s not the center of his attention. We don’t know who makes the kit, but companies like Anvil or Custom Works Performance keep popping up when looking for such goodies. Trunk, hood, fenders, bumpers – many items have this modern conversion. The non-carbon body has received a custom paint.

That color is Pyrite Brown, which debuted on the BMW M4 about six or seven years ago. On the inside, this 1973 Camaro is just as impressive as it is on the outside, with custom leather racing buckets, a unique custom gauge layout, and a black finish from top to bottom.

And under the hood, this Camaro Z28 contains a powerful modern LS3 engine with a supercharger, producing 700 horsepower. The fully customized suspension and Wilwood brakes ensure that doubling the power didn’t turn this into a death trap from half a century ago.