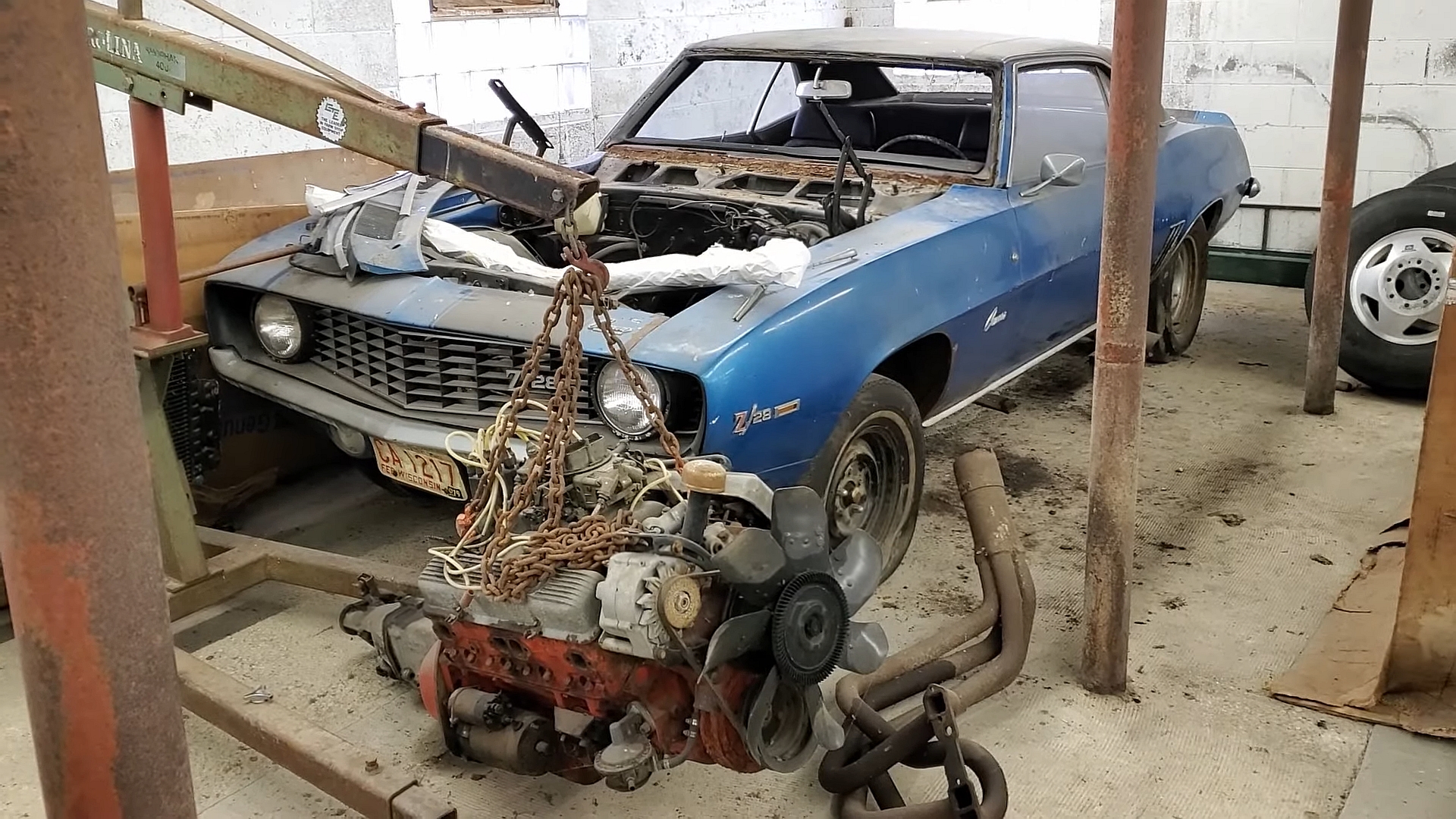 All in all, while it’s not as common as the base, RS, and SS versions of the Camaro, the 1969 Z / 28 isn’t extremely rare either. But this Z / 28 is one of the lucky ones who persevered with an engine and transmission to match the numbers.

Granted, the engine bay is empty as of this writing, but the 302 cubic inch (4.9 liter) V8 sits next to the coupe in the same barn. It’s unclear why the 302 was retired, but maybe the owner is looking to refurbish the unit to get the Camaro back on the road.

Finished in a cool metallic blue paint with black stripes, the Z / 28 has seen better days, but it’s in relatively good condition for a car that’s been around for over four decades. Rust problems? Quite a few, but nothing that cannot be fixed. The interior also needs a lot of work to get rid of any rips and cracks (there are also signs that mice have lived there), but I wouldn’t rate this an extremely difficult restoration project.

Featured as a track-focused competitor for the Ford Mustang Boss 302, the Camaro Z / 28 was an optional package that revolved around the high-output 302 V8 designed for racing in the hugely popular Trans-Am series at the time. .

The package also included an upgraded suspension, front disc brakes, close-ratio four-speed manual transmission and Posi-traction (optional). Originally sold with “302” badges, the coupe received the “Z / 28” emblems in 1968. In 1969, Chevrolet also added a Hurst shifter and 12-bolt rear axle with 3.73 speeds. . The 302 V8 was underrated at 290 horsepower and 290 pound-feet (393 Nm) of torque for all three model years.

TRACK TESTED: 2021 Ford Mustang Mach-E GT is not what we expected

The day before his 102th birthday, the Tuskegee aviator receives a red carpet at Joint Base San Antonio-Randolph