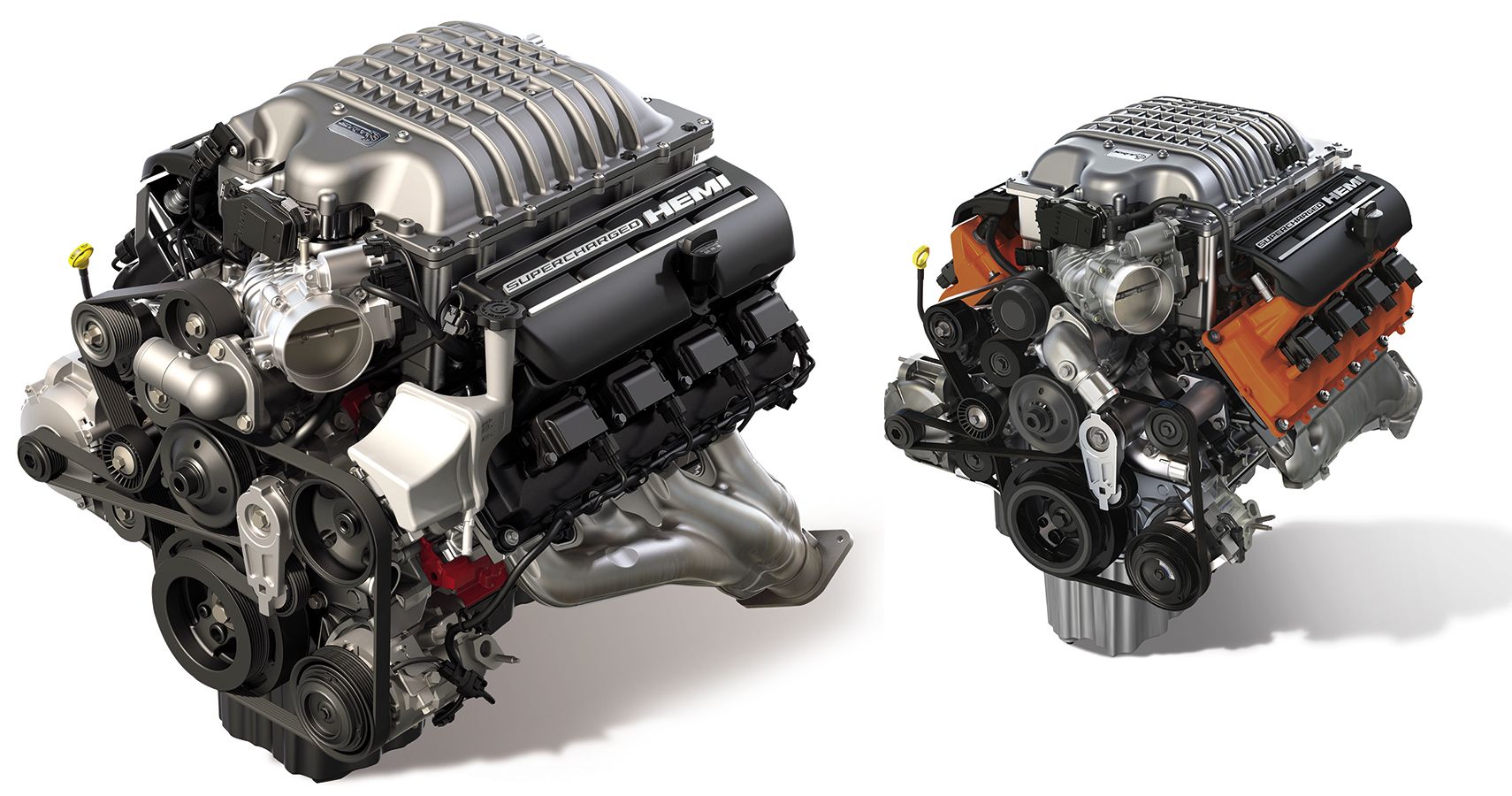 Many owners of classic cars or hotrods tend to keep the original engine in order to preserve the history and originality of the vehicle. Unfortunately, sometimes the car is so damaged, rusted or rotted that the engine is no longer repairable or usable. It is at this point that a crate engine is considered.

Crate engines are exactly what their name implies – engines that are sold and delivered in a crate. These engines can be used for restoration projects, or simply to spice up an existing car – like stuffing a LS3 in front of a E46 BMW 3 Series. Crate engines are sold primarily by American automakers, with General Motors having the greatest variety of products – from the humble Chevy 350 to those who have proven themselves LS3 and even the LT5 from C7 Corvette ZR1. Dodge also sells its own engines in the form of 5.7 and 6.4 liters HEMI V8, as well as the monster Hellcat V8. Ford is also in the mix with their Coyote Mustang’s V8 in naturally aspirated and supercharged variants, as well as the whopping 7.3-liter Godzilla V8.

So whether building a kit car or restoring an American classic, there’s a crate engine for any type of vehicle, big or small. With that, here are ten of the sickest crate motors money can buy.

Chrysler is known for its big V8s, especially the HEMI variants and, as such, sells several versions of its engines. Among the normal 5.7, 6.2 and 6.4 liter models available on the Mopar website, there is also the 426 7.0 liters – sold since 2012.

This engine produces a nice 590 hp, while keeping the same relative simplicity of the traditional American pushrod V8. Although the engine is not sold inside a production car, it is a great choice for use in a hotrod or just to spice up an older Challenger R/T.

The Chevrolet 350 V8 is one of the most legendary engines in American automotive history. It is part of the Chevrolet small-block V8 family that first saw the light of day in 1954, with the 350 arriving in the late 1960s as an option for the Camaro SS.

The 350 not only boasted state-of-the-art technology for its time, but it was also reliable and easy to use. His legacy continued and eventually became the LS range of engines that are still produced today. The best thing about Chevy 350? It was and still is very tunable, achieving some pretty impressive power figures.

Ford introduced the Godzilla engine in 2020 – not to be confused with the Nissan GT-R, often referred to by the same name – to replace their aging 6.8-litre V10 and 302 Chief V8. The 7.3-liter unit is found primarily in Ford F-250 and larger trucks, as well as commercial E-series and F-59 rolling chassis.

The Godzilla produces more horsepower and torque than the V10, while offering better fuel economy ratings. The best of all? The 7.3-liter is available as a crate engine to use in whatever new owners desire, with some replacing the V8s in their Mustangs with the Godzilla.

The Chevy LSX454 was based on the 454 big-block race engines from the 1970s and has been redesigned for the modern era. Chevy released the new version in 2011 as a crate engine, but discontinued it in 2018 due to emissions regulations.

The LSX454R produces 776 hp and 649 lb-ft of torque, making it one of the most powerful crate engines Chevrolet Performance has ever sold to the general public. The motor may require some assembly upon delivery, but it’s definitely worth the rather hefty price tag.

The Hellcrat is the name of the Hellcat crate engine, one of the most famous V8 currently still on sale. The engine is the supercharged 6.2-liter V8 found in the various Hellcat models of Stellantis products.

The crate engine produces the standard 707 hp and 650 lb-ft of torque that the original Challenger Hellcat made in 2015. The Hellcrate is used in many custom creations, one of the most notable being the 1970 Dodge Challenger R/T by Richard Rawling.

The GM LS3 is a fantastic engine. Used in a multitude of different designs, the LS3 is one of the most widely used engines in the American automotive world. It is also the go-to engine for classic muscle car restorations or resto-mods, adding relatively modern power and reliability to the vehicle.

The LS3 produces a respectable 415 hp and 415 lb-ft of torque in crate engine form, but can easily be modified to do much more. The LS3 was used primarily in the Corvette as a low-end engine choice, but also in the Holden HSV Commodore GTS, in which it was supercharged.

If the ‘normal’ Hellcat is not enough, there is always the absolutely insane hellephant crate engine. The hellephant is what happens when the restrictions are lifted and the Hellcat engineers can show the world what the engine can actually do.

The hellephant displaces 7.0 liters and produces a ridiculous 1,000 hp and 950 lb-ft of torque. The extra performance comes from a new, larger compressor with more efficient rotors. The hellephant is one of the most powerful crate motors currently on sale.

In 2021, Chevrolet stunned the entire automotive community by releasing the largest and most powerful crate engine in the brand’s history, if not the entire automotive history. The ZZ632/1000 is a naturally aspirated 10.4-liter V8 that produces over 1,000 hp and 876 lb-ft – without any forced induction.

It is a big-block V8 revving to a maximum of 7,000 rpm and based on the ZZ572 1990s, but with a more modern twist. Chevrolet currently sells the engine for around $38,000, which means that’s almost the price of an entire Camaro 1SS. It’s cool anyway.

Related: Chevrolet Unveils Its Biggest, Most Powerful Crate Engine Ever

the ford Predator The V8 is the engine of the Mustang GT500 and many were thrilled when Ford announced that it would become a crate engine. The Predator The V8 produces 760 horsepower and 675 lb-ft of torque from its supercharged 5.2-liter capacity.

The Turnkey LS V12 is a creation of some crazy Aussies who took the existing LSX and rebuilt in V12. The naturally aspirated 9.5-litre unit shares most of the engine geometry with the existing LSXincluding the 90 degree V-angle – unusual for a V12.

The engine produces a maximum of 755 hp and over 600 lb-ft of torque, but can easily be boosted to over 1,000 hp using a supercharger or turbochargers. The absolute best part about this whole engine is the fact that it is a crate engine, available to anyone who wants to part with around $55,000. It makes us think of what a real American V12 would have been like – if only Chevrolet had launched the Cadillac Cien Concept.