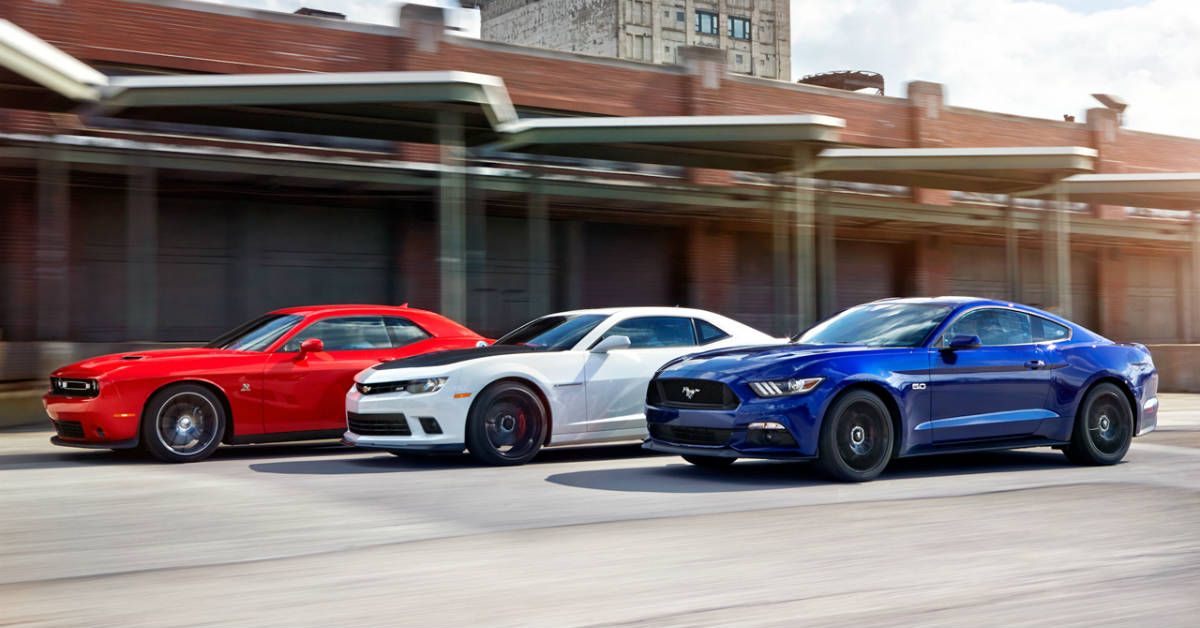 Muscle cars have always been the perfect choice as a vehicle with great power and a great price. However, sedans have always beaten them in terms of everyday functionality as well as interior quality and comfort, which makes them often overlooked. That is of course so far with manufacturers advancing modern muscle cars by making strides in improving performance, comfort and safety in order to provide a vehicle that is as liveable as it is fast.

Modern options are plentiful, and the speed and power of some of these cars make it difficult to overtake them. Here are a few reasons why the modern muscle car is underrated.

The most obvious reason to buy a muscle car is the power level of these vehicles. The modern muscle car is almost as powerful as anything on the road, supercars included.

Cars like the 2021 Dodge Charger are close to the 800 hp mark, making it more powerful than cars like the 2009 Pagani Zonda R, the 2013 Lamborghini Veneno and even the Ferrari 599XX. The overall top speed of the modern muscle car has also increased, naturally given the increase in horsepower, which means for cars near the 200 mph mark like the Dodge Challenger Hellcat.

One area that is often overlooked with modern muscle cars is its worldwide availability, which is a far cry from the muscle cars of yesteryear. This means that muscle car fanatics around the world can get their hands on one as well.

At the time, the muscle car was sold almost exclusively in the United States, much to the dismay of reducers based elsewhere. But now times have changed slightly. The Ford Mustang, for example, is a muscle car that can be bought in Britain in right-hand drive format from 2015. This even includes the special edition Bullitt version to commemorate the film of the same name.

The style has also seen a refresh in recent years. If you take a look at the muscle cars of the past, they were largely similar in shape and body type.

Now we are seeing bigger cars, and popular muscle cars like the Dodge Charger even got four doors unlike the Charger of the past which had a two-door format, which makes it not that different from the Challenger, until now.

Those added doors and increased size also mean an added level of practicality. If you have a large family, the modern Charger means there’s no need to climb into the front seats.

Across all ranges, however, the increased size seen in almost every muscle car, from Mustangs to Challenger. This means there is more room available in terms of head and legroom, and the extra cargo space means you can carry more luggage than ever before.

Muscle cars have always been a step backwards. These are vehicles of immense power and nowadays with the increasing use of electric and hybrid vehicles they have a reputation of being somewhat prehistoric in the automotive world.

Despite the old-fashioned power and fuel emissions ratings, an attempt has been made to fight that reputation as they are packed with cutting edge technology. Bluetooth connectivity, dual-zone air conditioning, exterior cameras, and large infotainment screens are present in most muscle car lines, making them much more enjoyable to live with on a day-to-day basis.

Modern features also extend to the level of safety features available on new muscle cars on the market, great effort has been made to ensure the safety of passengers and driver at all levels.

As an example, the modern Mustang is equipped with a lane assist system, forward collision warning and autonomous emergency braking. They are one step ahead of the muscle cars of the past, which is only a good thing.

The one area where muscle cars have lagged behind similarly priced sports cars and sedans is in handling and feel.

Since muscle cars are often used as drag machines, it’s no surprise to see them with less than normal handling. However, an attempt to improve this in modern vehicles has been made with improvements to aerodynamics and suspension systems, at least putting muscle cars in the mix with saloons and sports cars at par price. The much-loved 2021 Shelby GT500 comes with wide Michelin tires, an optional carbon fiber handling package, a Torsen limited-slip differential and upgraded adaptive dampers, keeping it impressively on the corners.

The quality of the interior of any car is vital because once you are away from the track you of course have to live with your car. An uncomfortable or less than impressive cabin might hamper your experience, becoming a bit of a drag.

A modern muscle car won’t compete with a top-of-the-line Mercedes, but the comfy sport seats nicely trimmed in leather and the uses of high-quality metals and carbon fiber for the interior are on the rise, making this a pleasant experience. Heated seats and climate functions are also there to enhance the overall user experience.

Pricing is one area that has made muscle cars into elite vehicles, especially nowadays muscle cars have become gems because you can get a lot of them for a reasonable price.

With improvements in performance and interior quality, it makes perfect sense to buy a car like the Chevrolet Camaro ZL1 or the Dodge Challenger SRT Hellcat for just over $ 60,000. This is similarly priced to your average modern SUV or sedan, which does not offer the same level of performance. Perhaps the only negative point is the low level of energy efficiency.

Related: These Are Our Favorite Features Of The Charger Hellcat Redeye

If you are a fan of exclusive packs and special edition vehicles, the muscle car market is ideal as it is full of limited edition cars that feature unique characteristics in terms of performance and style.

The Bullitt Mustang we talked about earlier is similar in styling to the famous Mustang from the movie, with a dark green paint job and black wheels. Dodge is the king of this field with cars like the Dodge Demon, a special version of the Challenger with an exclusive brake set, so you can take it out on the track, and the new Charger is available in Hellcat widebody for increased performance.

It’s a battle of modern muscle cars as a Chevy Camaro ZL1 takes on a Dodge Challenger SRT Hellcat for quarter-mile supremacy.

Lewis is a content / article writer and computer science student based in Newcastle, England. He has a keen interest in the automotive industry with past engineering experience. With some previous work writing blog posts for a clinic. He is now creating content for HotCars.