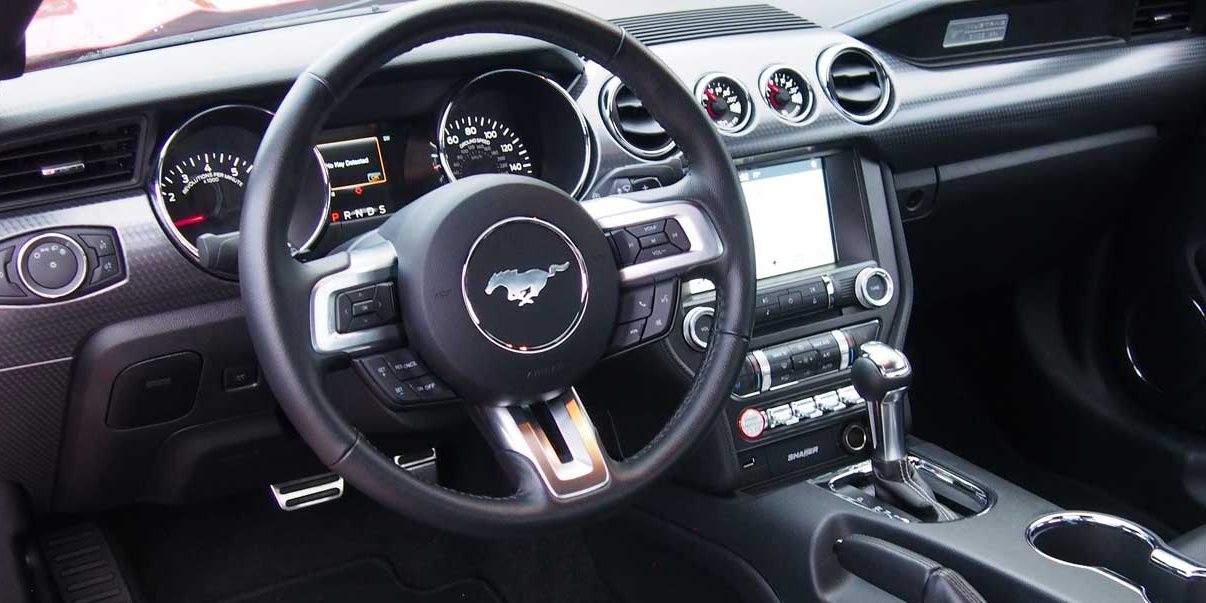 Owning a muscle car is a source of pride. Pulling around, showing off the power and performance, and just turning heads is the primary goal of any muscle car owner. Unfortunately, there are some glaring problems with modern muscle car companies that you don’t want you to know about.

The 2014 Ford Mustang has a history of idling and stalling issues. These issues are most common on the Mustang 4.0L V6 and accompany other issues such as misfiring, loss of power, and check engine lights.

The last thing you want to happen in a car crash is throwing projectiles. Unfortunately, for some Camaro owners, the airbag could propel the plastic logo when deployed. Chevrolet has recalled several Camaros between 2017 and 2021 that may have this issue.

The problem is with the Chevy logo on the steering wheel. Chevrolet has incorrectly affixed this logo to the steering wheel of the recalled models. This allows the airbag to launch logo when there is an accident.

Dodge’s most famous muscle car, the Challenger, has its fair share of problems. One of the worst is the 2016 model’s shifting issues. Many owners report downshifting issues from 4th to 3rd. At the same time, more are complaining about sticking gears, metal-on-metal sounds, or the inability to shift gears.

Dodge applies a TCM software patch to resolve the issue in some cases. However, the problem is mechanical for some Challengers and requires major repairs.

7 The 2019 Chevrolet Corvette has bent rims

The Chevrolet Corvette C7 is, without a doubt, a cool car. This is what makes bent rims all the more tragic. The problem afflicts Z06 and Grand Sport versions and occurs due to casting wheels instead of forging.

The problem is so serious that Corvette owners in 18 states have rallied to file a class action lawsuit against GM. Despite attempts to block the sequel, the judges will allow the case to proceed to court.

In 2017, Chrysler requested warranty replacement for alternators on specific 2014 Charger models. The issue has affected other vehicles, such as the Chrysler 300 and Jeep Grand Cherokee.

In this recall, Chrysler admitted that the alternator could fail, causing a sudden loss of power, even while driving. The perfect storm occurs with the 3.6L V6 and 160-amp alternator models.

Driving a Mustang fast is half the reason to own one. Unfortunately, the 2016 Ford Mustang is likely to freeway vibration. What is even more irritating is the number of reasons causing the vibration, to begin with.

Sometimes vibrations are caused by unbalanced wheels, which can wear out quickly. It can also be the result of an unbalanced driveshaft. If left unresolved, vibration could lead to an accident.

More than 30,000 C7 Corvettes have suffered from overheating issues. The problem is so severe that the Corvette failed to complete a test lap. Now the owners are crazy enough to file another class action lawsuit against GM, apparently for the fourth time.

The cooling issue puts the Corvette in “limp mode,” which allows the Corvette to crawl at a maximum of 40 MPH to avoid engine damage. Owners complain that the engine goes into limp mode when driving at highway speeds, which is terrifying if you’re behind the wheel.

What happens when you let a bat out of hell? You get a Dodge Charger Demon with cruise control not turning off. The problem was widespread enough that Chrysler recalled many Charger SRT Demons to fix a wiring fault causing the problem.

In a devastating blow, this wasn’t the first cruise control issue Dodge has endured. Dodge determined that over 4.8 million vehicles had a similar problem. Fortunately, a software update avoided a huge problem.

For several models, including the 2021 model, the Challenger experiences slamming or lurching on start-up. Owners say the problem is serious enough to cause the car to move forward when they attempt to rev the engine.

The problem seems to be that the driveshaft tries to spin when the engine starts. Following the turn, the noise and yawing motion become evident.

Just months after a recall for incorrect bolts used for seat belts, the Chevrolet Camaro was once again recalled. However, this time the problem would be on a retaining ring causing the axle shaft to separate.

GM really didn’t want word out that they needed another encore for the classic muscle car. GM made owners wait several months to fix the problem, which made the situation worse. They say owners had to wait for their recall notice in the mail.

8 Most Underrated Muscle Cars of the 60s

Michael Stroup is an emerging author with experience writing for academics and personal portfolios. Articles featuring JDM cars have been popular on its website. His love for cars combined with his passion for writing creates engaging and fresh content! Michael’s hobbies include snowboarding and spending time with family.