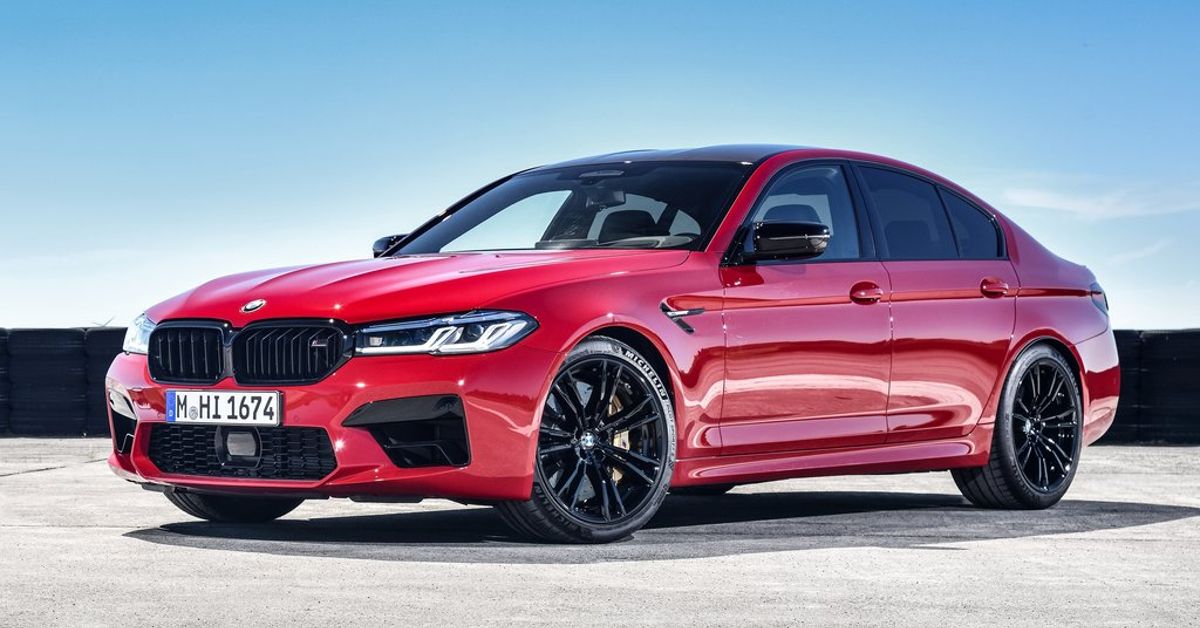 The Cannonball Run is one of the most famous – and technically illegal – races in America. It’s a race against time, starting at the Red Ball Garage on East 31st Street in Manhattan and ending at the Portofino Hotel in Redondo Beach in Los Angeles, California. This approximately 2,900 mile trip would typically take around 42 hours (according to Google Maps); however, it was done in as little as 25 hours and 39 minutes by Arne Toman, Doug Tabbutt and Dunadel Daryoush, driving a modified Audi S6 designed to look like a Ford Police Interceptor and reaching an average speed of 110 mph.

So, since The Cannonball Run is not an official race, due to the illegal nature of the event, there are no particular rules to follow, which means anyone can participate. with any type of vehicle, although it is usually done with a car that has at least a V8 engine – in the spirit of American racing. Without further ado, here are 10 cars we’d choose to use for a flawless Cannonball Run in 2022.

The Corvette C8 might not be first choice – or even on the list – at the Cannonball Run or any long-distance race, however, the car has a trick up its sleeve. Somehow, the Corvette C8 exceeds the EPA’s fuel economy rating. One owner drove his car from New York to California and achieved a fuel economy rating of 29 mpg – without using hypermiling techniques.

These are incredible numbers for a naturally aspirated 6.2-liter V8 with 495 hp, which can do the sprint from 0 to 100 km/h in less than 3 seconds. While the fuel tank may not be the largest (18.5 gallons), a potential Cannonball Runner will spend less time at the pumps and more running time.

The Bentley Flying Spur is one of the most expensive cars on this list, but it’s extremely comfortable. It has a top speed of 198mph – which it can do all day – and an effective range of around 500 miles. The Flying Spur V8 also features cylinder deactivation, which causes the car to run at half engine speed to save fuel – a great feature for traveling long distances.

The Flying Spur V8 also offers plenty of space in the rear for various gear used during a Cannonball Run, as well as enough space in the trunk for an additional fuel cell. With the speed and comfort that the Bentley Flying Spur V8 offers, you’d want to turn around and start racing again.

The BMW M5 is not a new Cannonball Run competitor as Alex Roy and Dave Maher used a 2000 BMW M5 E39 to break the record set by a Ferrari 308. The BMW beat the Ferrari’s time by more than one hour, 25 years after the Ferrari settled it.

The M5 Competition – despite having ‘Competition’ in its name – is still a comfortable car, capable of putting many a supercar on a circuit to shame. The M5 Competition has a range of around 420 miles on the highway, however, this figure could be increased with additional fuel tanks and more efficient driving techniques. Just be sure to spec the M-Driver package, which boosts top speed to 189mph, otherwise average speed could potentially suffer.

The Lexus IS 500 F-Performance is a relatively wild choice for a Cannonball Run, as it doesn’t have the best fuel economy or the largest fuel tank in its class. The advantage of the IS 500 is the sound it produces – around 2,800 miles of beautiful Japanese V8 rumble to entertain the driver.

The IS 500 offers ample trunk space for extra gear and fuel, added to the fact that a Japanese V8 would be a nice addition to the Cannonball Run records.

The Cadillac CT5-V is logically an illogical car to even consider for such a company because it’s ridiculously thirsty, and thanks to a fuel tank on the small side, the car can only go 370 miles before needing fuel. a reload.

The logistics of such a trip aside, having the CT5-V Blackwing on a list of records would be an impressive achievement, not just for Cadillac and the American automotive world, but for V8s and gas heads everywhere. The Cadillac CT5-V Blackwing is a car that should be celebrated for as long as it’s been around.

Following the 2019 record strategy, a modern E63S AMG would be appropriate to break the record. The current E63S has seen many improvements over the model used in 2019, including better fuel economy and a faster rate of acceleration. Even though the E63S is a large sedan designed to embarrass supercars, it’s still luxurious and relaxed enough to drive on the motorway well beyond any legal speed limit in absolute comfort.

Given that the E63S is based on the E-Class, it’s a surprisingly practical car considering the performance. It has a large trunk, with enough space in the back for extra tanks and maybe even a third driver. All in all, the E63S AMG is a great car for any occasion, even driving around the country illegally to break a deadline.

Ridiculously long name aside, the Panamera Turbo S e-Hybrid Sport Turismo is a practical car to attempt a long-distance race. The car features a powerful twin-turbocharged V8 and a hybrid powertrain, which results in excellent fuel economy figures, even when driving at 150 mph on a national highway.

Since the car is the Sport Turismo (meaning it’s a wagon in Porsche parlance), it has extra cargo space that would typically be taken up by a sloping roof in the case of a Normal Panamera. The car has nearly 700 bhp from the factory, making it one of the most powerful family cars on sale – a surprising turn of events from the over-engineered Germans.

The Audi RS6 Avant was another practical move as it offers satisfying performance, fuel economy and cargo space to potentially be a worthy contender for the Cannonball crown. It shares most of its mechanical and electrical components with the Porsche Panamera, without the hybrid system, which lightens some of the weight.

The current RS6 is also one of the best looking cars on sale, eclipsing anything BMW and Mercedes. The RS6 is probably the most practical of all the cars on this list, having the most interior space to stretch out for over 24 hours of driving.

By far the most powerful option on this list is another car with a silly name. The Mercedes-AMG GT 63 S E-Performance is a petrol-electric plug-in hybrid producing a monstrous 843 hp and 1082 lb-ft of torque – wacky performance for a factory car.

With all this performance, the GT 63 S E-Performance has a fuel consumption rating of 27 mpg – the same as a 2020 Toyota GT86. This car is designed to be the best sports sedan on the planet, a feat that she not only performs but bludgeons to death with a hybrid-powered baseball bat.

The final car is a good old Ford Mustang GT – the beating heart of the American automotive industry. A man named Fred Ashmore rented an automatic Mustang GT with the intention of breaking the Cannonball Run record, removed unnecessary rear seats and installed an extra 130 gallon fuel tank – allowing him to do just only one fuel stop during the whole trip.

He finished his race in a record time of 25 hours and 55 minutes, however, evidence was uncovered on doctored GPS data disqualifying Mr Ashmore from official records. The Mustang therefore deserves another attempt to break the record, perhaps disguised as the Audi RS5 of the German police.

The Lamborghini Countach Cannonball: How the Rebel Became a Legend

This 1980s movie star set the bar high for all future supercars and embodied the American dream.